Image of an Otaku 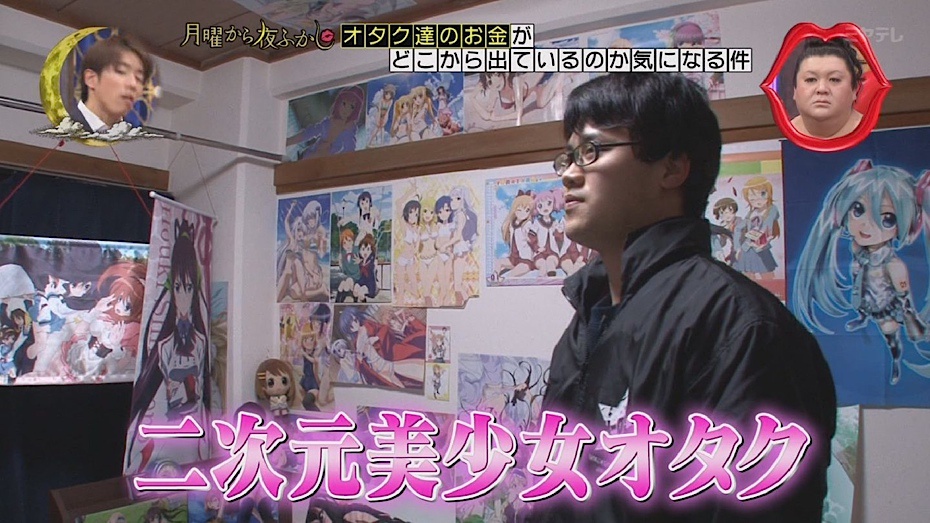 A popular prime time TV show in Japan had a feature on "How otaku spend their money" but the portrayal wasn't particularly a good one.
The feature was basically saying that "all otaku are like this" and picked up on a "2D Bishojo Otaku."

However, going by the Japanese community comments, most people think that this feature was "Yarase" meaning "a setup" and that it looks like some TV producer just went to animate to pick up the latest anime goodies and threw together an otaku room.
Some of the stuff on display does look fishy - especially the placement of the wall scrolls hanging from that bar across the room. Most of the goodies are from anime titles of late too.

Anyway, lets look at some of the screencaps from the show. 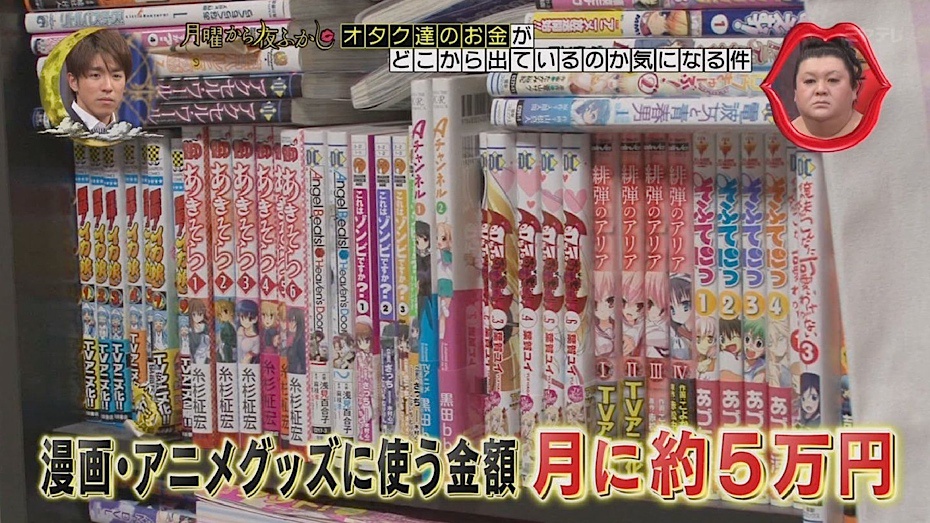 Translated text is "He spends 50000 YEN PER MONTH on manga and anime goods."
The text in red in this case usually means ALLCAPS. 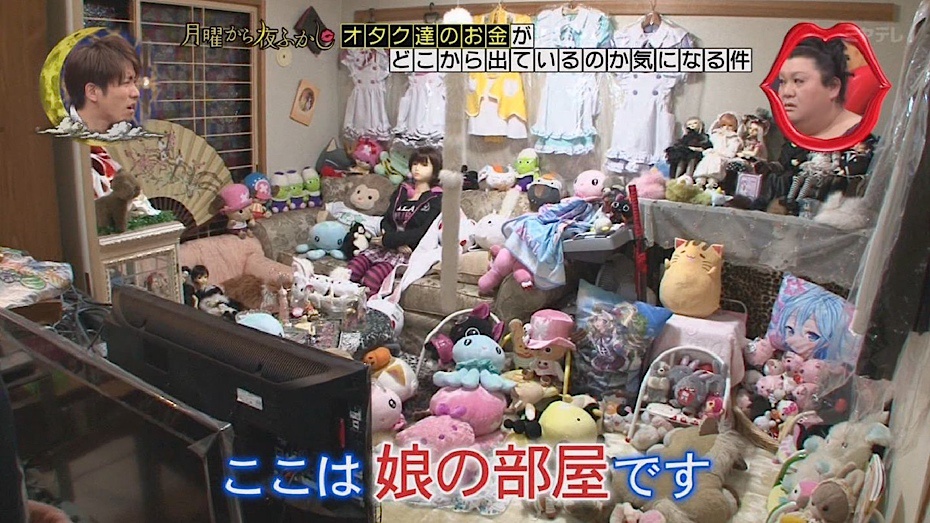 Translation: "this is HIS DAUGHTERS ROOM." 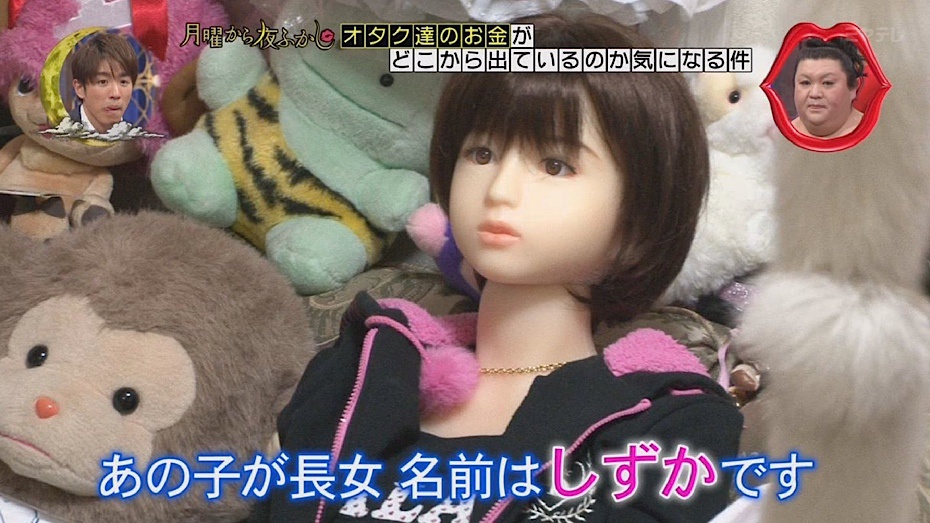 "That is the eldest daughter - her name is SHIZUKA." 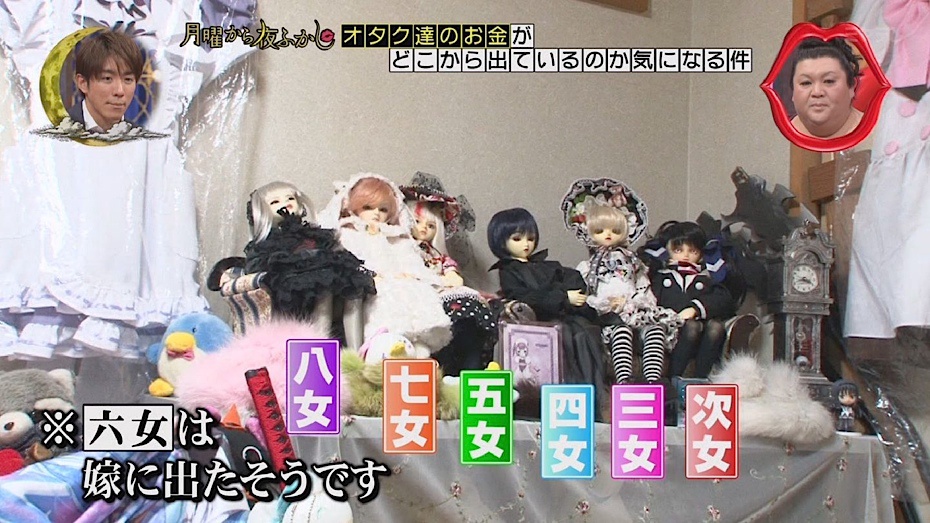 "Second daughter, third daughter etc. The sixth daughter has been married off." 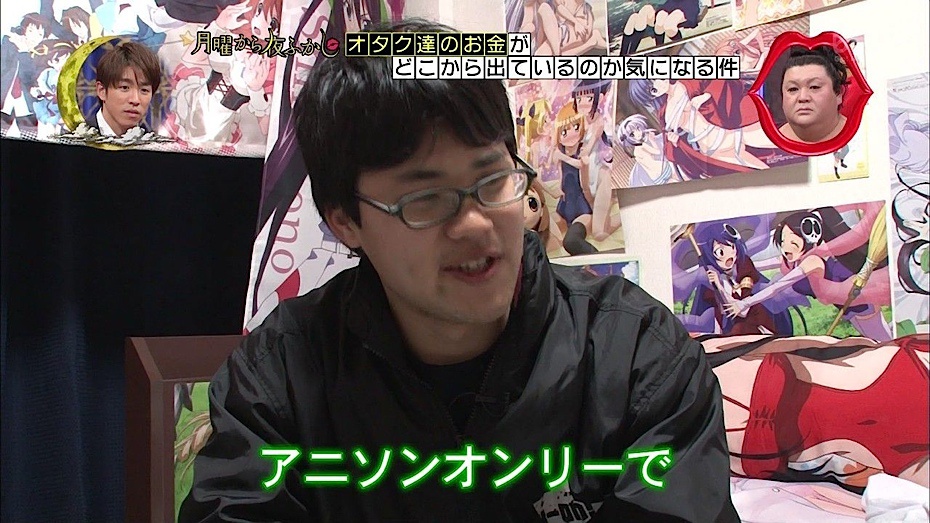 "I only listen to Anisong." 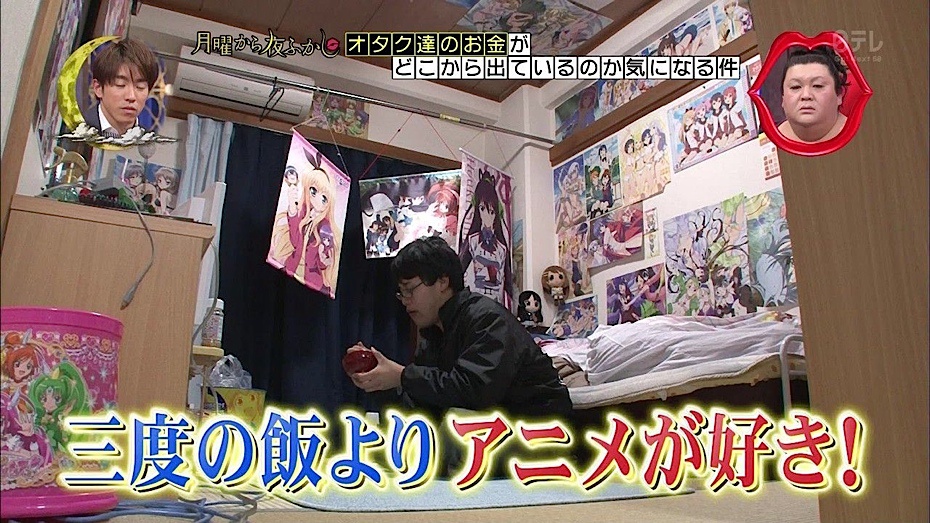 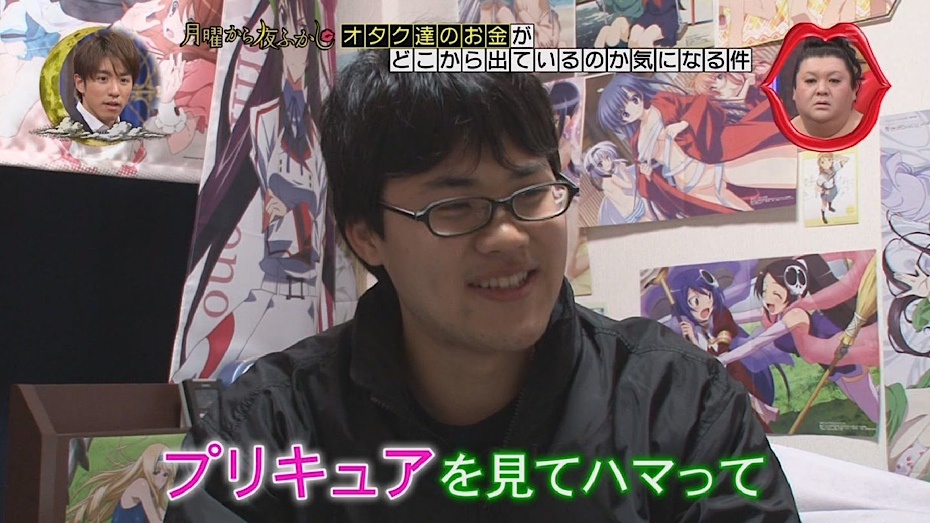 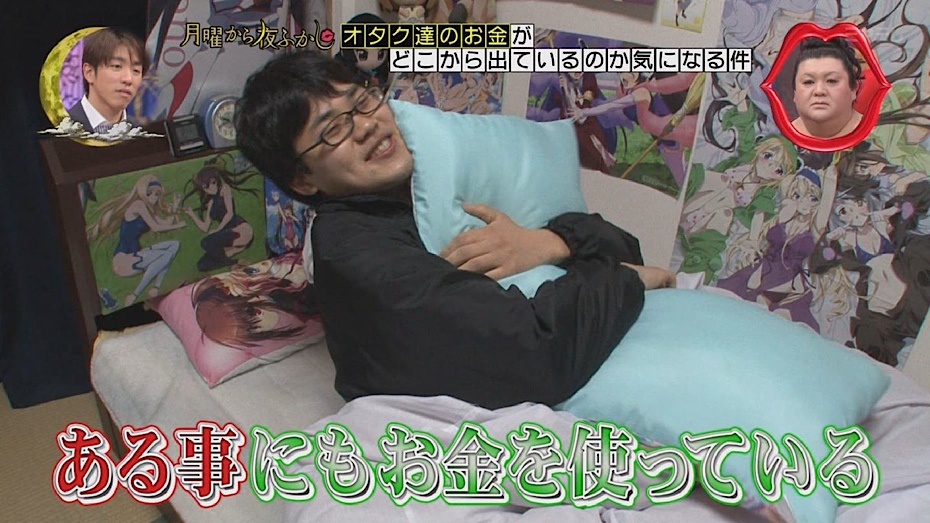 "There is however A CERTAIN SOMETHING that he also spends his money on." 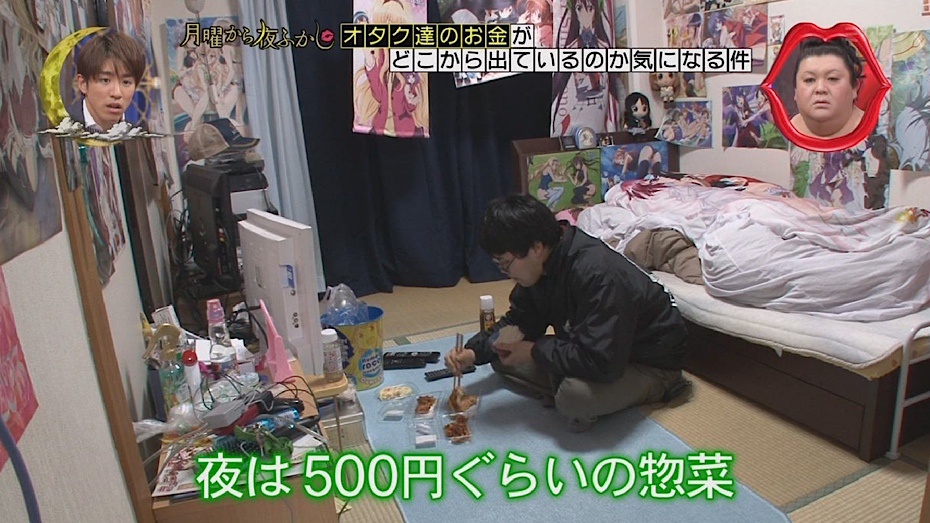 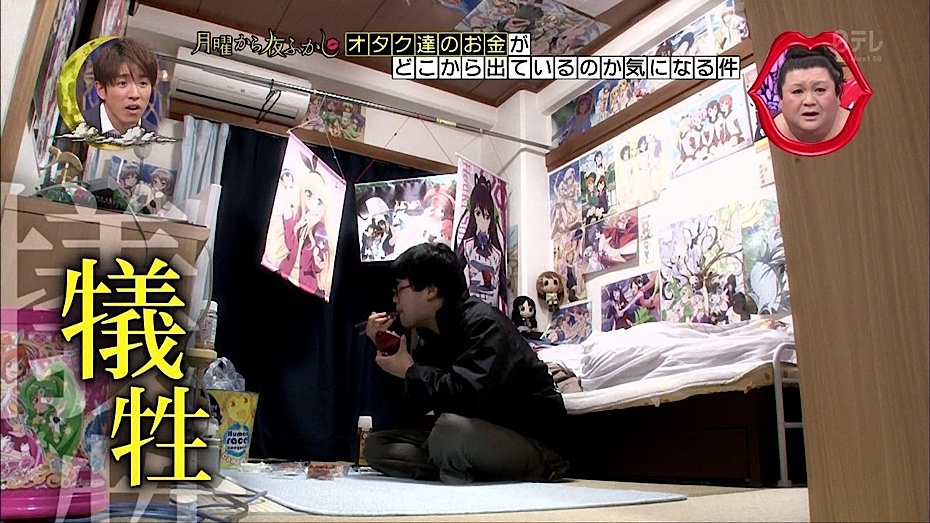 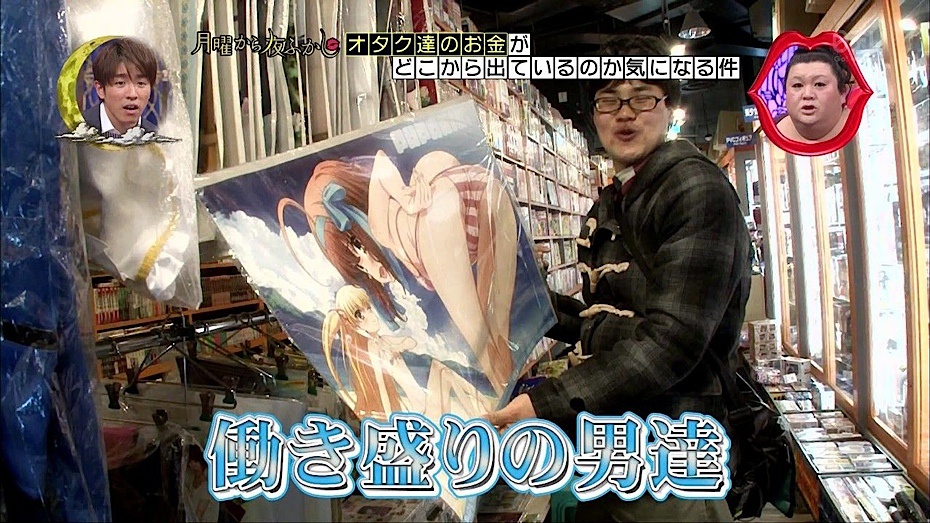 "Men in the prime of their life." 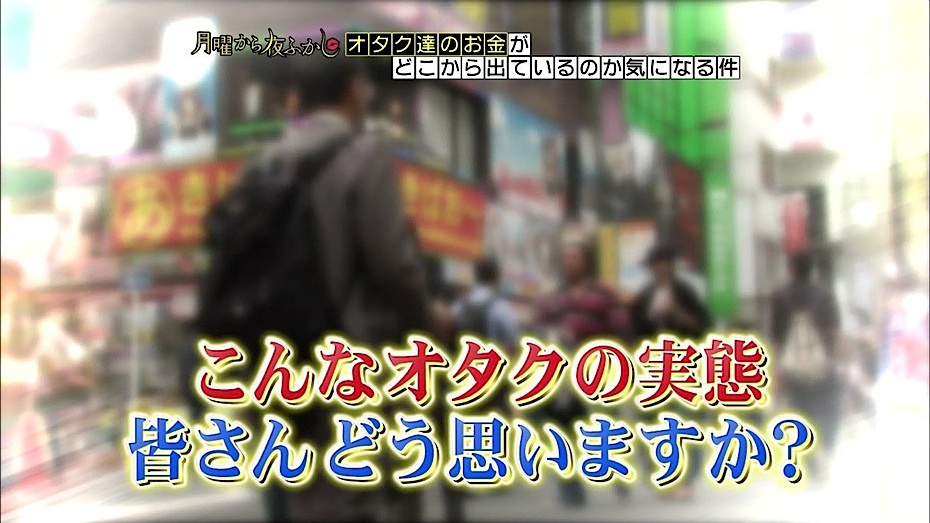 "THIS IS WHAT OTAKU ARE LIKE - What do you think about all this?" 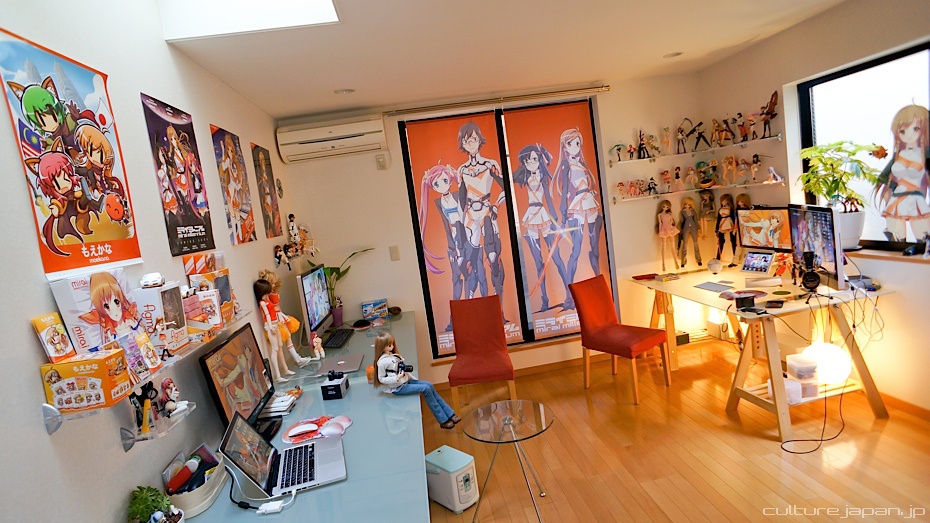 And this our otaku office of late - photo taken yesterday after shooting for the Worldwide Otaku Report finally due out this May.

The word "Otaku" is interpreted in different ways by different folks. For example terms such as "Wine Otaku" and "Train Otaku" refer to folks who are specialists on these subjects.
The most popular definition of an "Otaku" in Japan however is what the mainstream media portrays - just like what you saw in the feature above.

The issue here is that the masses start to think that we are all the same spending money on anime goodies rather than food. The important thing is to not hide your interests. I know of many people who are into anime, manga, figures or dolls but dont discuss or share their interests because they fear what others around them would think and end up living the life of others.

Not all otaku are like the one featured in that TV slot and its important to let folks know this by sharing your interests with others on and offline - or what would end up happening is that we continue to get labeled as being ronery-rather-buy-anime-goodies-than-eat otaku which continues to make it difficult for some folks to share their passions for anime.