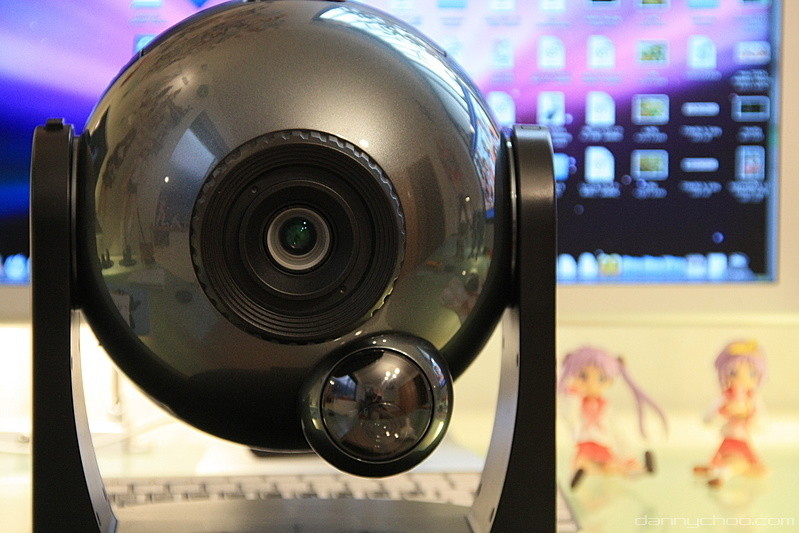 Have you been to a planetarium before and want to go more often but are afraid of turning into a pig from breathing in germs from the swines sitting around you? Well be afraid no more thanks to the Homestar Extra Planetarium by Sega. Now you can enjoy the heavens form the comfort of your own living room, bed room or toilet.

Lets have a lookie at this little gem which arrived on the doorstep recently.
The main unit rotates on a pair of legs so that you can aim the projection of the heavens on depending on where you put it.

The Homestar comes with 3 different star discs which slots in the back via a sliding tray. Stick it on the floor to get maximum projection space. If you stick it on the top of a cabinet then you will only end up with a bit of the ceiling covered. The sharpness of the stars still stay crisp regardless of whether its on high or low ground.

The smaller round bubble on the main unit is the separate motion projector for shooting stars - a very nice touch.

The controls on the back. The 60, 30 and 15 represent the number of minutes before it powers down - very nice looking at the heavens at night while dozing off.

Camera not terribly good at taking pictures in the dark and this was the best I could do to give you an idea of what its like when its on. Covers pretty much most our ceiling in the bedroom which is about 6 meters x 4 meters wide.

There is a fan inside to cool the light down and is reasonably quiet. Another thing the Homestar can do is rotate the heavens where the skies will swirl you into a deep sleep. There is also a fast rotation mode which will leave you rather dizzy.

Has a bunch of buttons which I haven't got the foggiest about. All I use are the on/off and timer buttons.

Sticking it in the middle of your desk means you wont get any work done ^^;

Following promo video for the Homestar may give you a better idea of what it can do.

The Homestar is available from Japan Trend Shop for 499 USD.