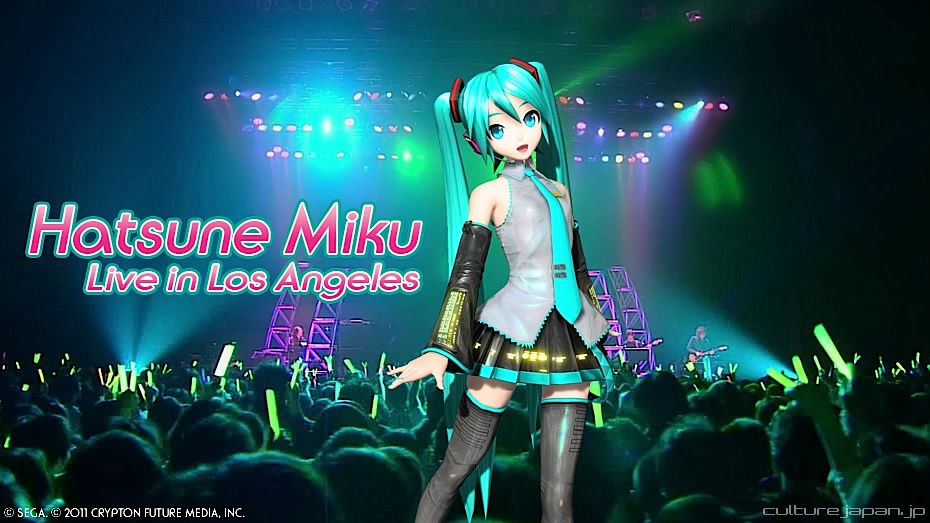 Hatsune Miku will be performing live in Los Angeles at this years Anime Expo @.@ I'm particularly excited because I'm working with Crypton, Sega and a load of others on this most coolsome project where Miku will be singing many of her tunes as you may have seen in her previous live concert below.

Will be coming over to the US with the MIKU-Fes. 2011 Production Committee where I'm due to be the MC for the concert and for the other Miku related events that will be announced soon. 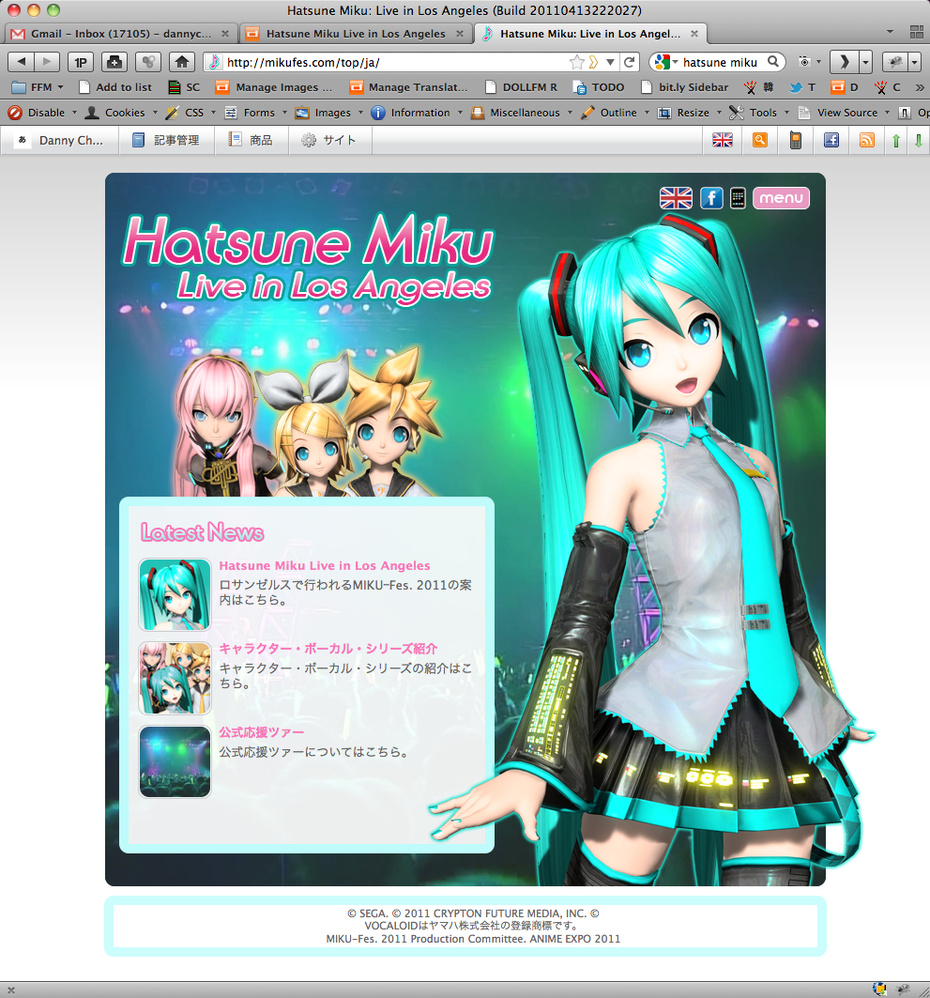 The official website is up at http://mikufes.com/ and if it looks familiar then that's because it runs on Mirai Gaia. Tis the first official English language site for Miku so I'm rather happy ^o^

Its a simple site for now before the other contents and features get released. Been working with all the stakeholders Crypton, Sega, Toyota, Tokyo Kawaii Magazine who all have to sign off on the design and content which is the reason why there have been a lack of updates for the past few days ^^;

Did I forget to mention that Rin, Len and Luka are performing too? 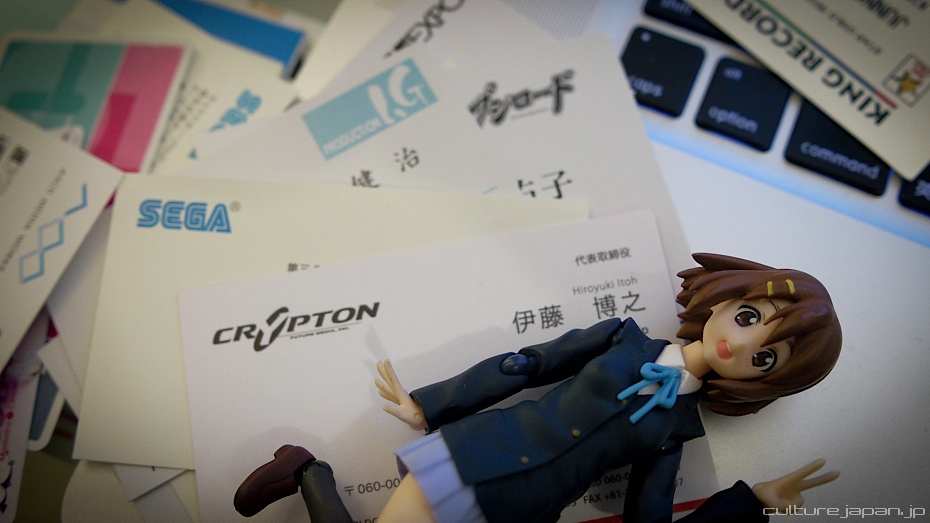 And all the nitty gritty below. I don't have ticketing info now but will update you when I find out more.

Details about the Live Hatsune Miku 3D live Concert to be held at ANIME EXPO 2011.The Miku-Fes 2011 Committee is joining with ANIME EXPO 2011 to bring a Hatsune Miku concert to Los Angeles, at the ANIME EXPO 2011 (Staple Convention Center from the 1st July to the 4th July). She will be preforming with sponsorship from Toyota Motor Sales, U.S.A. in the NOKIA theater on the 2nd July 2011.

The concert is based on the event that took place in Tokyo on the 9th March 2010 named "Miku's Day Thanksgiving", but will feature a few improvements over the original event. The 3D imaging will be created by SEGA and supervised supported by the Cryton Future Media, the creator's of Hatsune Miku.

Crypton Future Media, Inc. (Head Office: Sapporo, Director: Hiroyuki Itoh) is a company that specializes in various sound generator software, and in 2007 released the "Character Vocal Series 01: Hatsune Miku". Since the release there have been tens of thousands of songs created using Miku's voice, and she has created an international sensation on the internet - which is only growing bigger. In 2010 they also introduced a web based music distribution service - over 1000 music labels are using it to distribute media.

SEGA Inc. (Head Office: Tokyo, Director: Okitane Usui) was established in 1960 and ever since have been bringing the world a variety of original games and software for everyone to enjoy. They are also the creators of the rhythm action game "Hatsune Miku -Project DIVA- 2nd", which has sold an impressive 40 thousand copies - a game enjoyed by Miku fans all over the world!

Tokyo Kawaii Magazine is an iPhone electronic magazine that was first released in March 2010. It introduces Japan's anime, fashion and pop culture to the world in both English and Spanish, and is downlaoded all over the world. In the past the magazine has featured famous anime series such as Suzumiya Haruhi and Evangelion, and the most recent issue had a large special feature featuring Hatsune Miku!

Miku's Day Thanksgiving is a solo-concert created for the virtual idol Hatsune Miku. The concert took place on the 9th March 2010 at Zepp Tokyo. This date was chosen because the Japanese words for 'three' and 'nine' can be read as 'Miku".

There were two performances - an afternoon performance and an evening performance, and a total of 5000 fans came to see Miku live, along with another 4000 fans who watched via online streaming. The concert was run using the 3D model data created by SEGA for the 'Hatsune Miku Project Diva Arcade" game - huge versions of the models from the game stood on stage and gave fans a performance that they will never forget. The concert made news worldwide.

Anime Expo (AX) is a North American anime event that has been running since 1992 in Los Angeles. Every year a number of guests are invited from Japan to attend the event and give live performances or attend conferences. This year the event will be taking place from 1st - 4th of July at the Los Angeles Staple Convention Center - the biggest convention center on the West Coast.

About The NOKIA Theater

The NOKIA Theater L.A. LIVE is a concert hall opened in 2007, adjoined to the Los Angeles Convention Center. It houses an impressive 7100 seats and has held over 120 live events since it's opening.