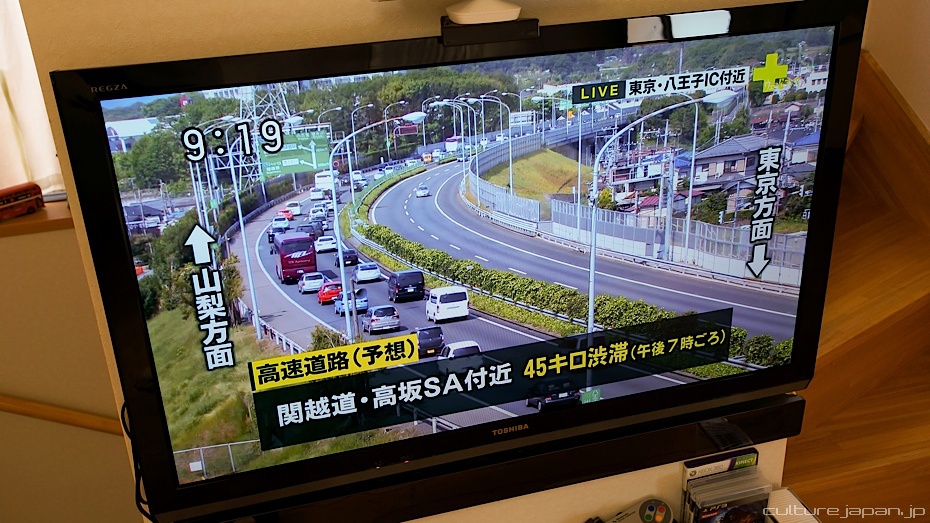 Golden Week refers to a series of public holidays on April 29 (Showa Day), May 3 (Constitution Memorial Day), May 4 (Greenery Day), and May 5 (Children's Day). Many companies close down completely to give their employees a full week off, and many Japanese take the opportunity to travel abroad - but not this year as the strength of the yen is pretty low at the moment - not good for the Japanese but great for foreigners visiting Japan.

As the majority of folks have decided to stay in Japan, the Golden Week has seen more people than usual in Tokyo - its usually much quieter. Every year we decide not to go anywhere for a very good reason as you can see from the report on the TV - the queues for everything are horrendous. 45 kilo tailbacks are the norm. Most folks who want to travel domestically can expect to spend a good % of their holiday queuing up ><

Then when Golden Week is over, there is whats called the "U Turn Rush" where folks queue up again to get back into their home city.

When living back in the UK, I never saw any news of huge masses of people moving about due to any holiday seasons - anything similar exist in your neck of the woods and for what occasion? 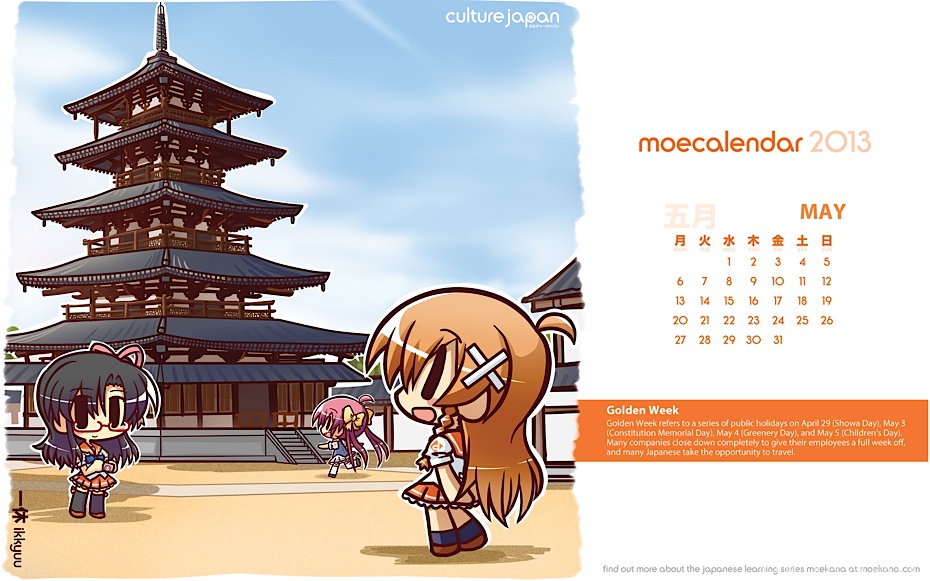 Sorry for being late with the May calendar - here it is.
And the previous months Moe Calendar wallpapers in the posts below.