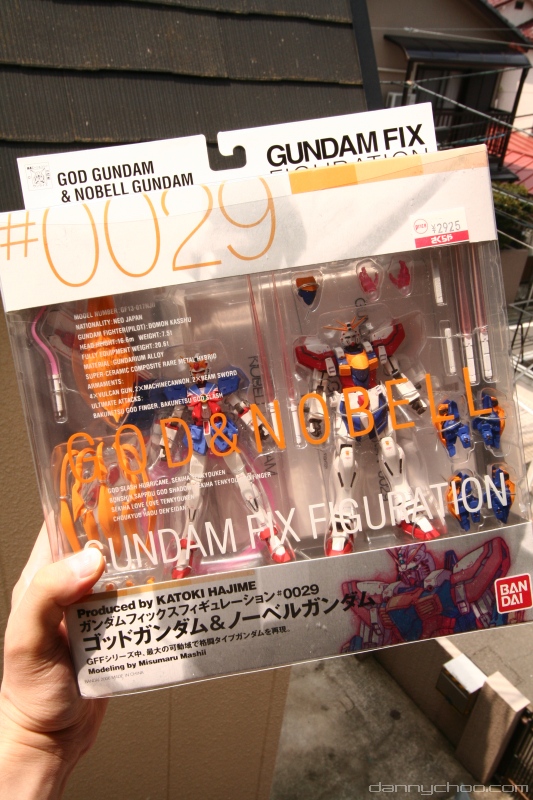 Managed to pop in to Sakuraya during a lunch break to get hold of the God Gundam and Nobel Gundam pack - luckily I had an early lunch because by the time I paid for my goodies, all boxes labeled "Gundam Fix Figuration #0029" had gone. Good thing I went on the day it came out too!
I'm not sure if this is a new landmark for the GFF series. Are bandai now going to have two figures in the box instead of swappable armor? Are the up n coming GFF figures going to be as posable as this god gundam? Dont know but this release is a great one at a bargain price of 2925 yen. Gallery coming soon.
Folks in Japan can get theirs at Amazon.co.jp. 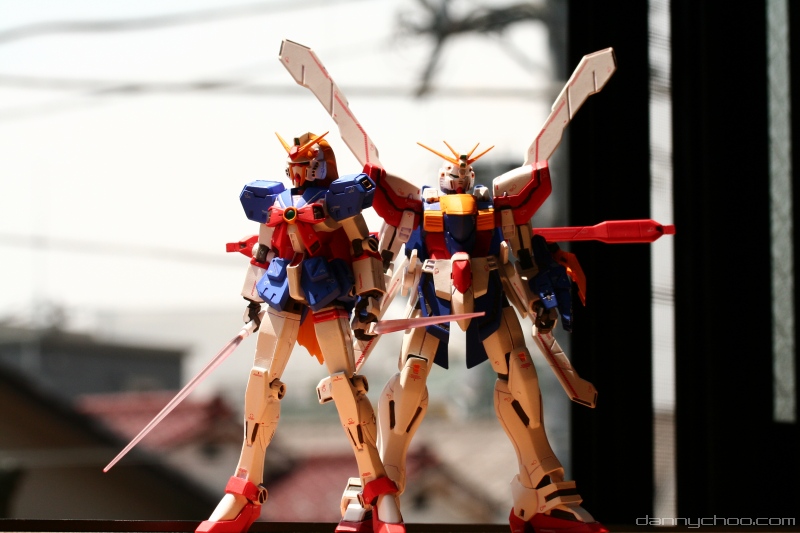 Sneek preview of the up n coming gallery. The gallery will be split into two though. 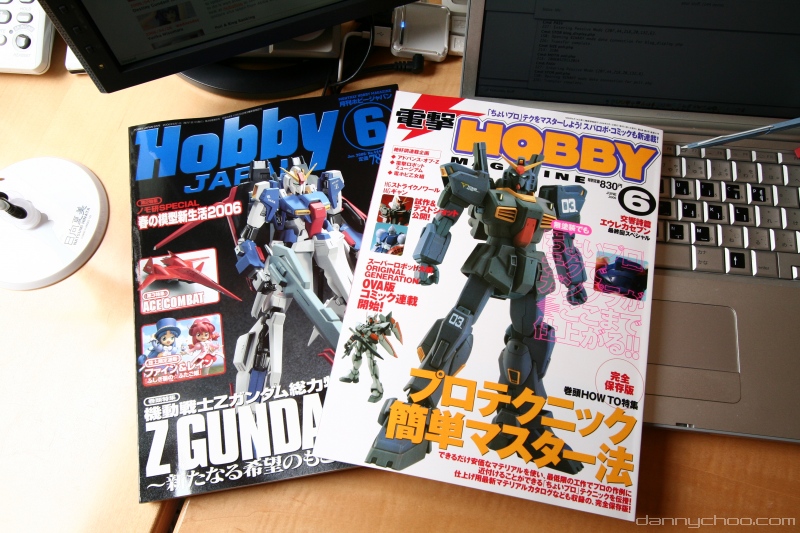 Picked up this months hobby mags with my new GFF catch. Packed with Gundam goodies as usual.