Once again I have been the target of Kanojo Toys to review products of the future. Today's giveaway is the Flip Hole Black which is sometimes called "DNA Particle Containment Unit." 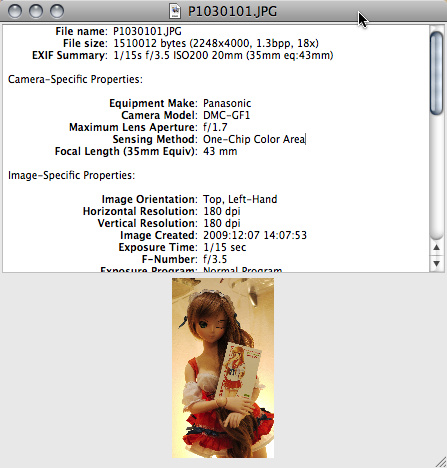 You can see from the EXIF data for the photo that it was snapped at 14:07:53. There were two correct answers but Yangth answered first - congrats! Yuuiki also answered correctly but two hours later :-(

Yangth, please contact me within a week with your full name, mailing address and phone number to . Kotobukiya will send your goodies directly to you. 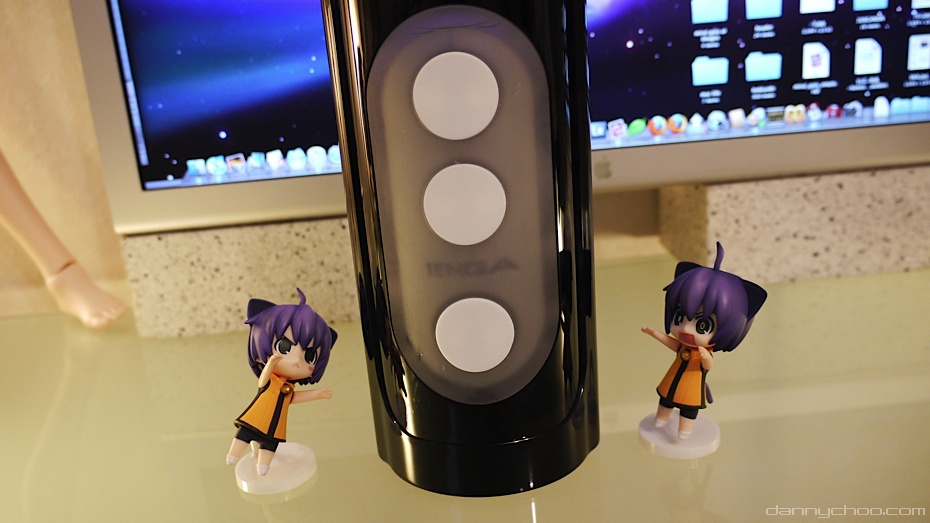 And now back to the DNA Particle Containment Unit which nearly won the Nobel Peace Prize due to its mankind saving nature. In the event that there were to be a nuclear fallout, one could inject their DNA into the unit where it will be preserved for a maximum of 90,165 years and 3 days - made possible with the built in Delta Wave Glacier Cooling Turbine.

The idea is that the unit would be discovered by an alien spices who would take your DNA out to drink where upon a clone of you would be generated inside the alien and excremented out with its waste matter. It didn't get the Nobel prize because it was dependent on aliens who could do this.

The black version is exactly the same as the white version. The previous review covers all the features of the Flip Hole so if you want more info then check out that review. 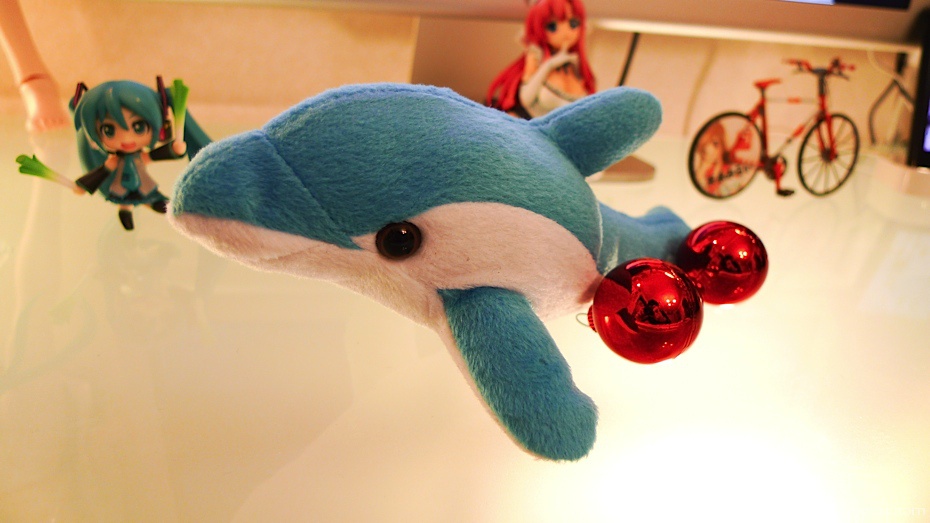 DNA is injected into the unit through one of these - a squeaky chirpy dolphin. Do you have one? Does yours squeak and chirp at you? If it does then its a sign that its healthy. 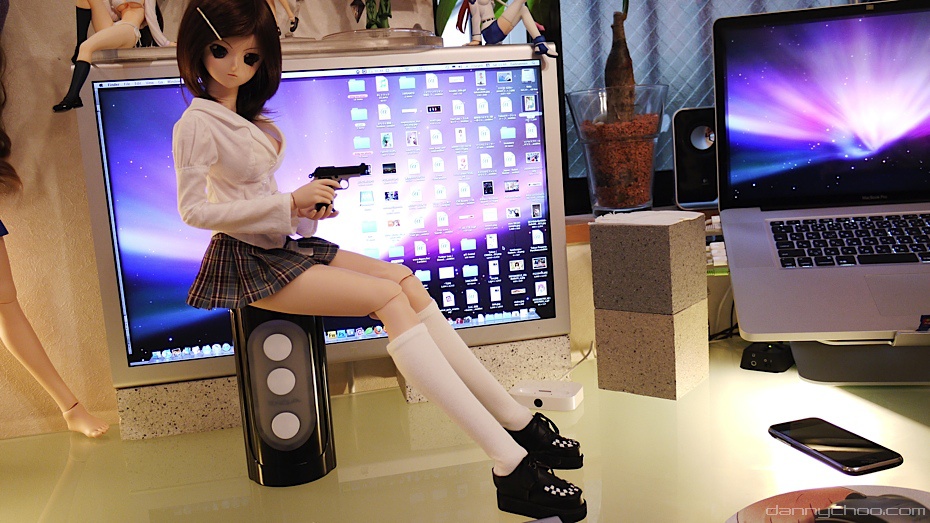 Apart from being a DNA Containment Unit, the Flip Hole is a dolphin health care unit. Once inside, your dolphin will wriggle and spin with joy until it starts to froth at the mouth where it will suddenly stop moving. If you are caring for your dolphins health for the first time then don't worry as this is perfectly normal - it is not dead - just resting. 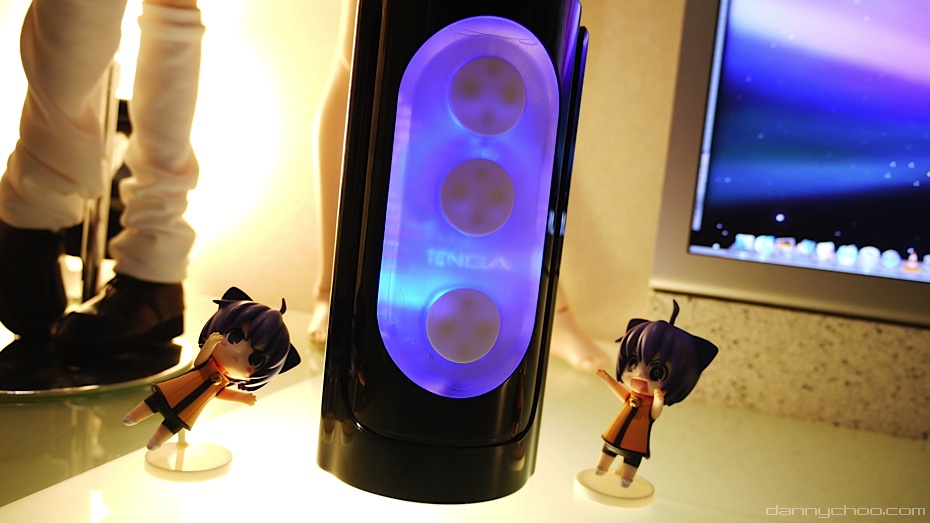 Once the Flip Hole is full of DNA liquid, it will be fused with a glowing pigment called Zenturnium which is extracted every 27 years from the spice mines of Darganorinus.
The Zenturninium preserves the DNA for the 90,165 years and 3 days. During this time it will glow blue in the Winter and red in the Summer seasons. 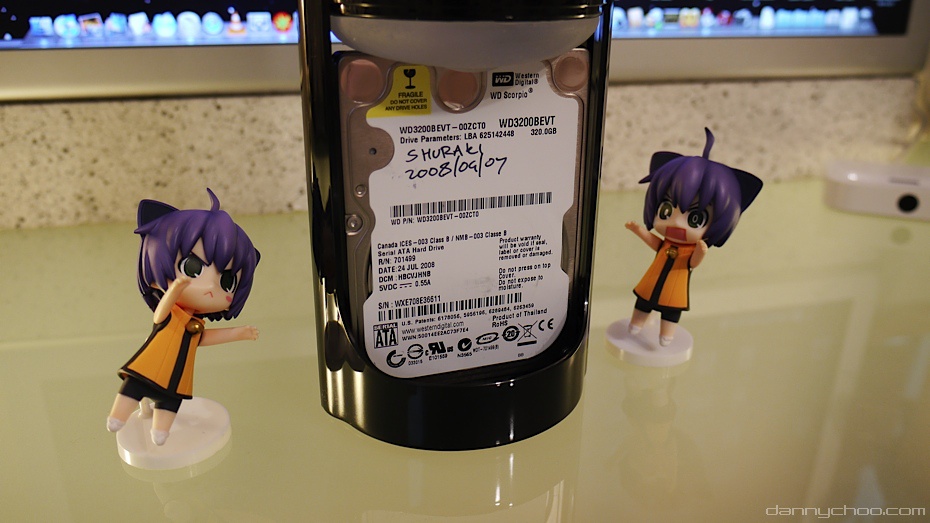 The Flip hole comes with a SATA drive which records the motions of the dolphin and facial expressions and sounds of the owner. The recordings are in MP4 format and can be uploaded to any social media service like YouTube or FaceBook with a press of a button. 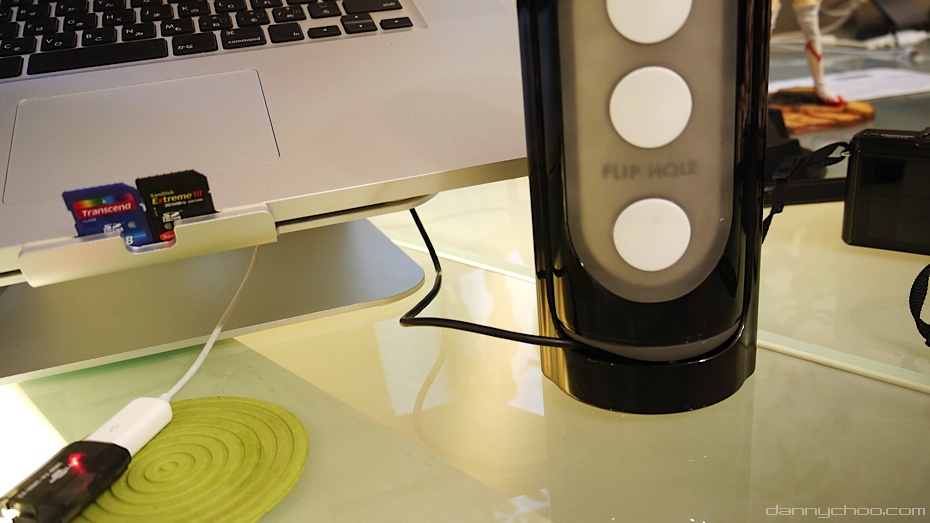 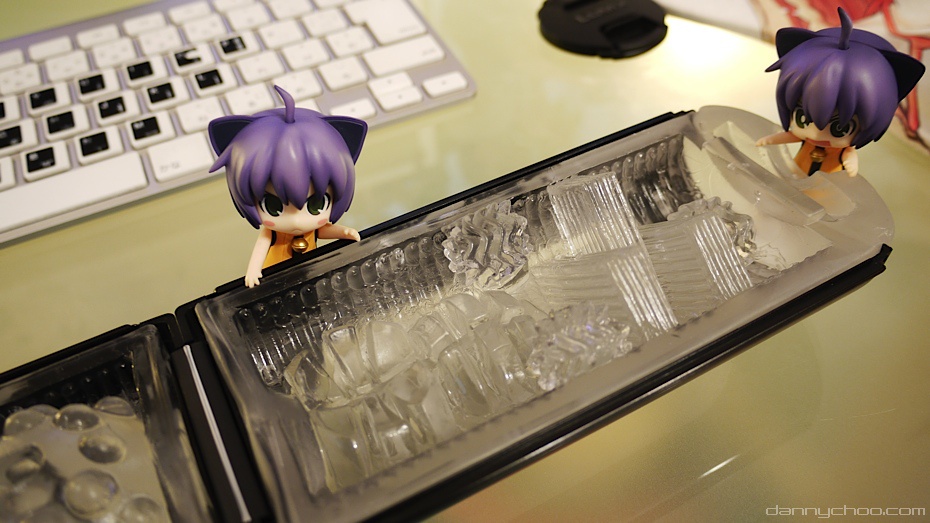 The Flip Hole is made from the finest and most advanced technology known to mankind. While normal electronic circuitry comes on a green board with a load of solder spots, the Flip Hole circuit boards are all made from a soft Bio Organic Electrode compound called Kamel-Toenium. 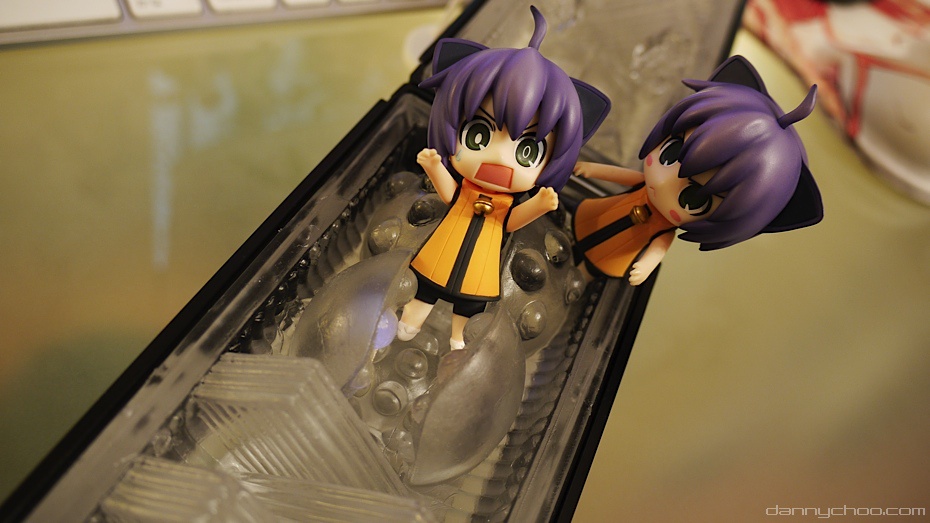 And unlike normal electronic circuit boards, Kamel-Toenium can be used in wet conditions for those who like to care for their dolphin in the shower/bathroom. 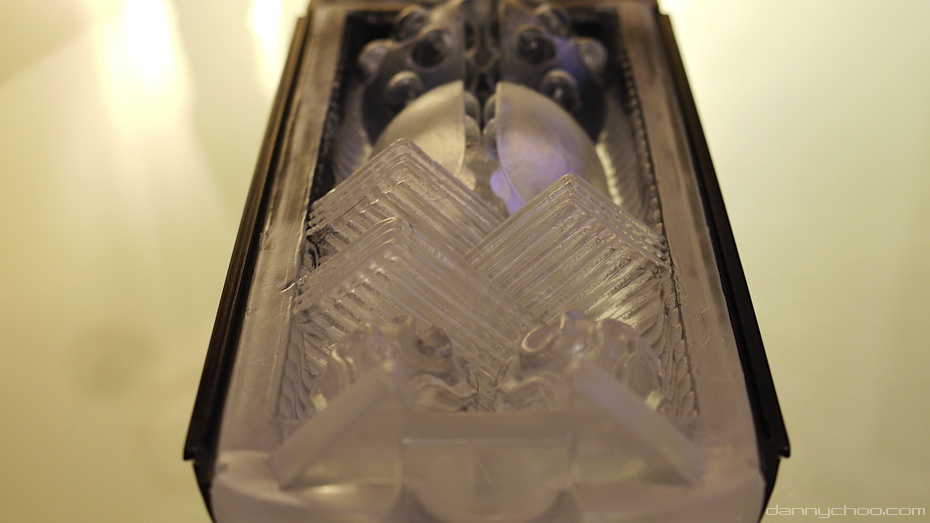 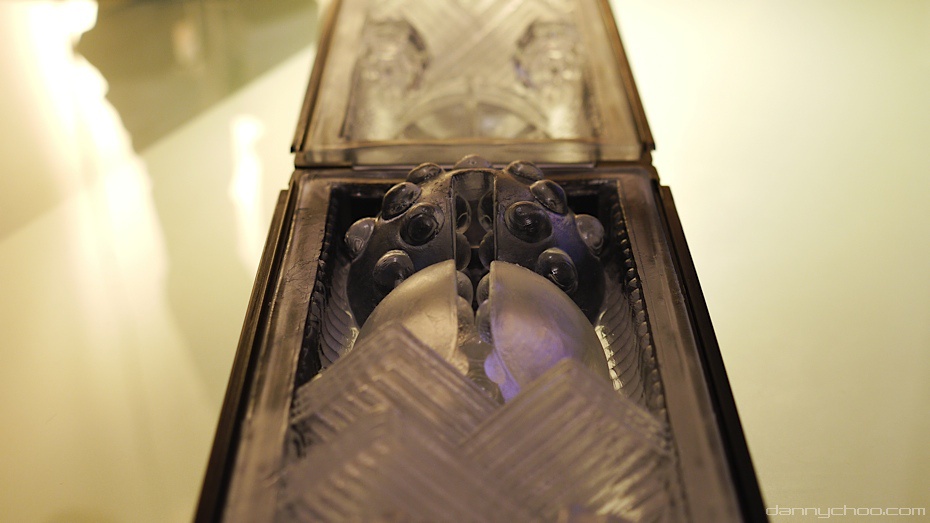 Some folks who practice excessive health care may have a dolphin thats developed tough skin which the Cross Wall Gates may not be able to cut through.

In this case, the second line of defense comes into action - the Orb Shelter will embrace the dolphins head in a vice like action and inject 350 volts of electricity through the dolphin - shattering all the bones in its body and frying the skin to be like crispy bacon.
If one is intoxicated with alcohol when this happens, the dolphin owner is at risk of believing that breakfast is ready and proceed to eat his own dolphin due to the fragrant fresh crispy smell. 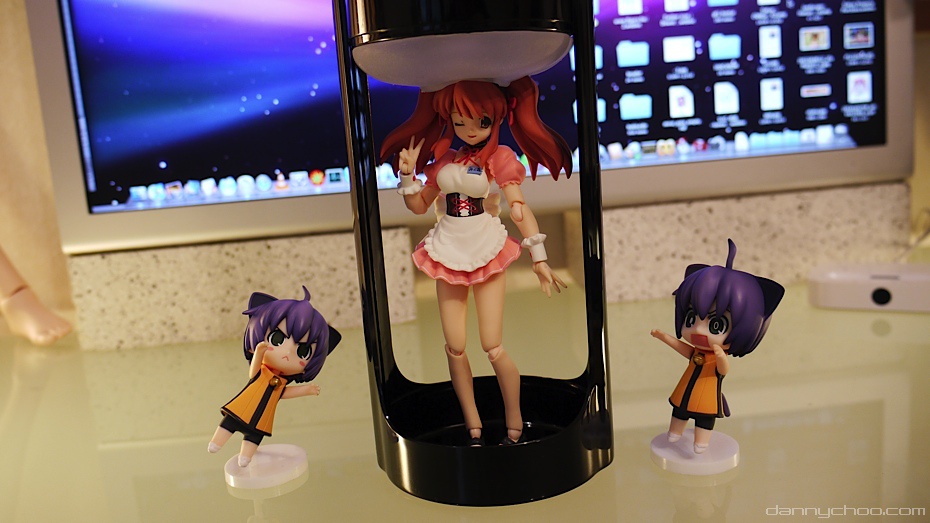 Folks who for some reason want to hide the fact that they have a Flip Hole can try using it as a figure stand. 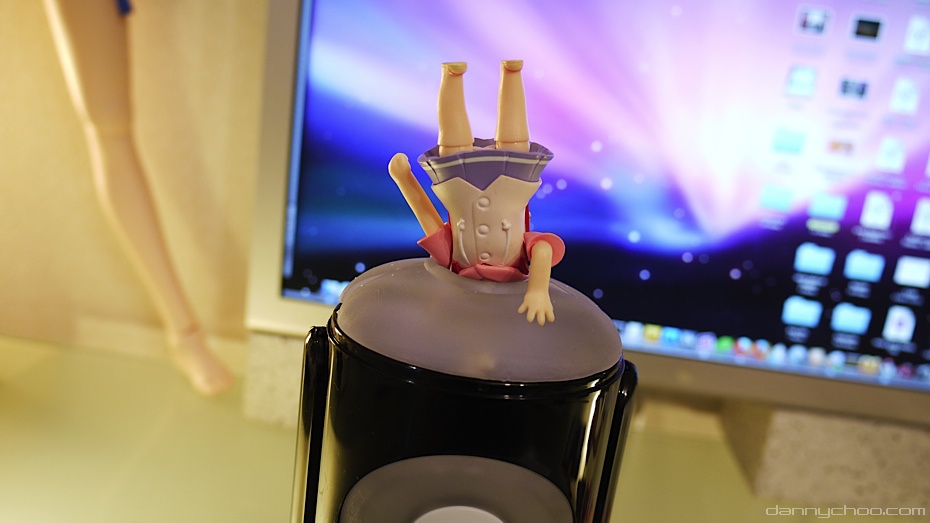 Another example of storing the Flip Hole in an inconspicuous manner. 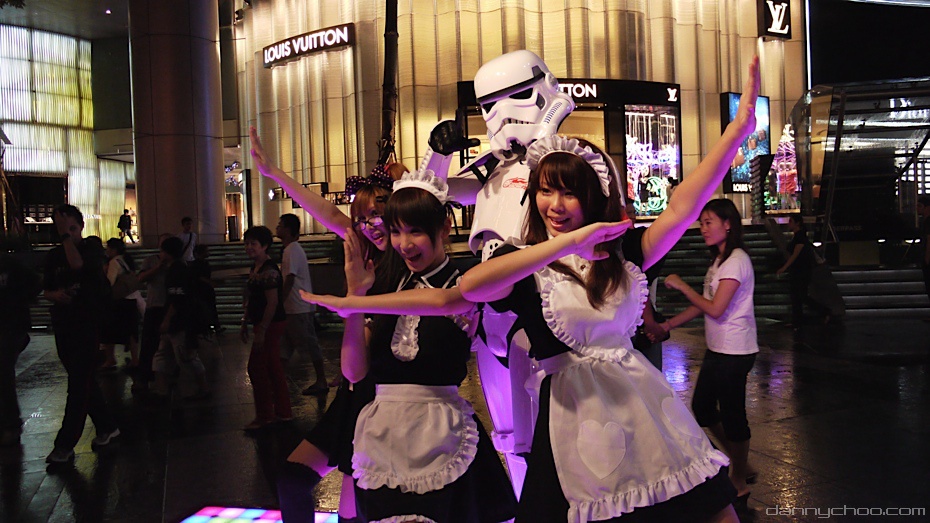 If you have been caring for your dolphins health using standard tools and want to try something new n fresh then you may want to try out the Flip Hole Black. I know I certainly would have had hours of fun as a wee young lad if they had this around back then.
And if you want a new unused Flip Hole Black then all you have to do is answer the following question. What time was this photo taken?

Rules and hints:-
-If you have been following my Twitter then you will get a better chance of guessing.
-if you have been reading for the past few weeks then your chances of guessing correctly increase a lot. You may want to skim through past photo articles.
-Please answer like
-You got three guesses.
-You got until the end of this week or when somebody guesses correctly.
-If however, nobody guesses correctly, closes answer to the time wins.
-3 digits in the above example are correct.
-I beleive arms installation is complete - good luck!

And remember - if your dolphin cant wait for this new experience then you can order one from Kanojo Toys for 72 USD. They will send it in a discreet box labelled "Hobby Kit" ^^;
Thanks to Kanojo Toys for the sample and sponsoring the giveaway ^^;