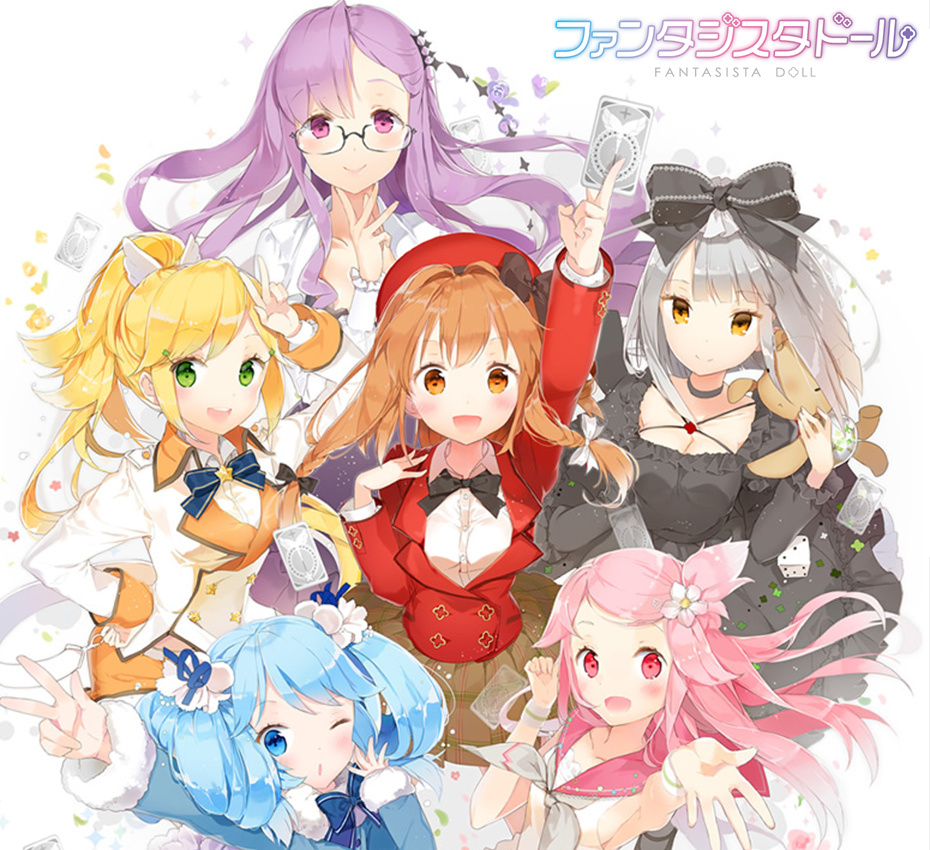 Fantasista Doll is an upcoming original anime series created by Taniguchi Goro (Code Geass). The series will be directed by Saito Hisashi (Sora no Otoshimono, Boku wa Tomodachi ga Sukunai) with animation production by Hoods Entertainment (Nazo no Kanojo X, Seikon no Qwaser). The series will begin airing this Summer. 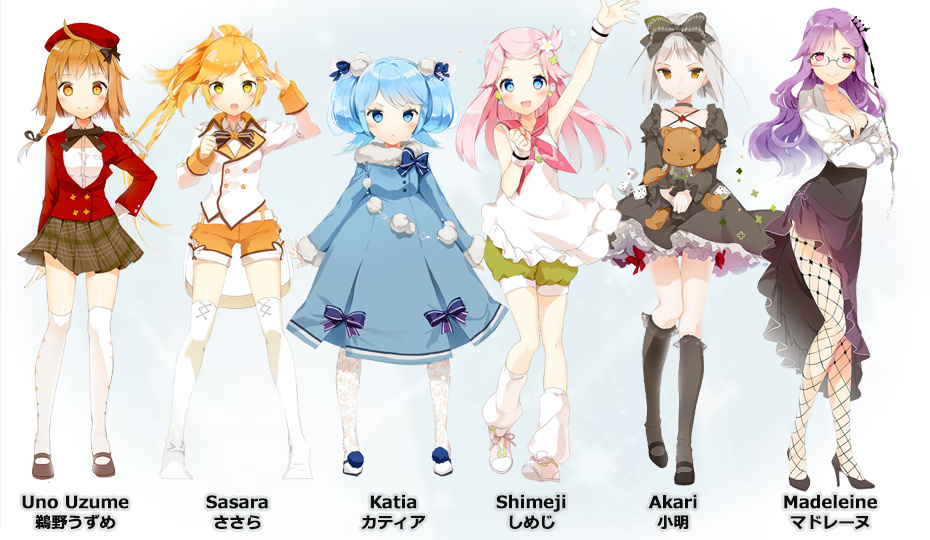 Uno Uzume may just be your typical second year middle school student, but one day something happens that turns her life around completely. She gets hold of some mysterious cards that can materialize mysterious girls called Fantasista Dolls! Uzume becomes a card master, and forms a contract with five dolls, each with their own unique personalities.

But then a battle begins that could mean trouble for not only the city she lives in, but the entire world... and she is the only that can stop it now! Even though she may think it's impossible for her, she can't do anything to get out of it now! She must fight using various combinations of cards - different weapons, costumes and even events which will allow her to fight. Not to mention that each of the dolls also keeps coming up with strangely cute demands of her!

Will Uzume be able to save the world? For that sake will she even be able to protect herself?!

Many of the voice actors are still undecided for the series, but as they are updated you can find more information on the official website. A few other characters can also be found there.

Not been able to find a PV yet but just thought I'd get this out on your radar - will update this post and bump to the top when more info is released. So many cuties! 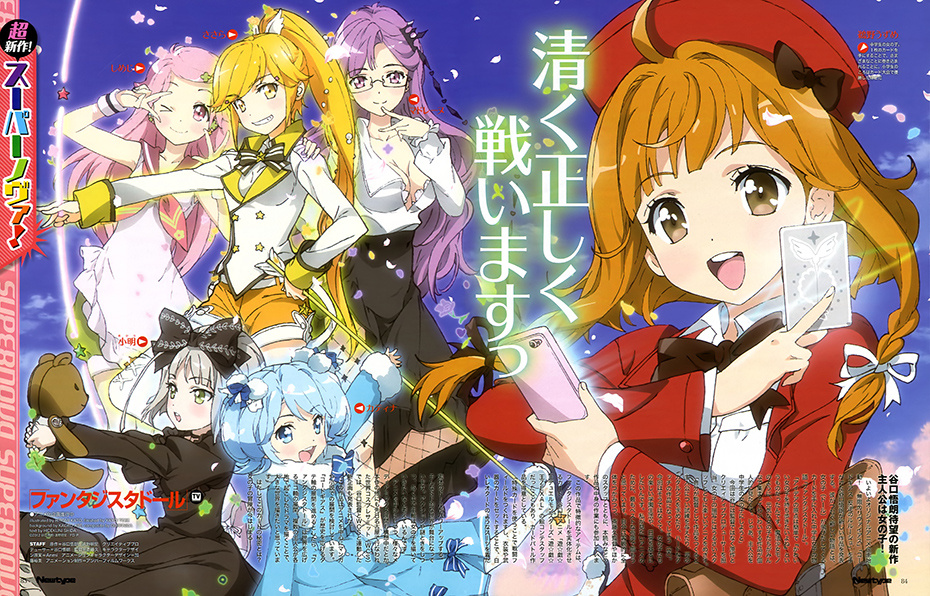 The following magazine scans are from minitokyo.net where you can find much higher resolution versions. 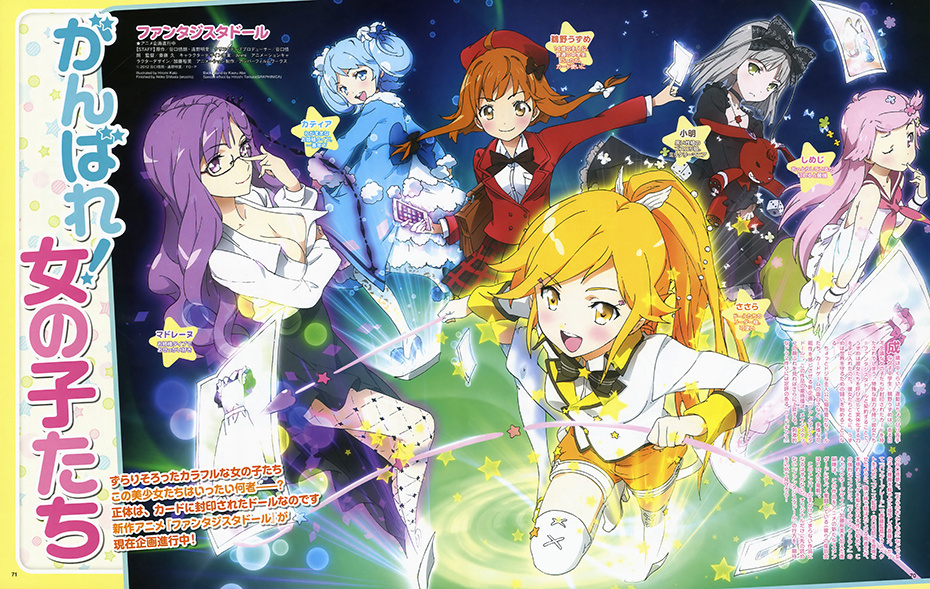 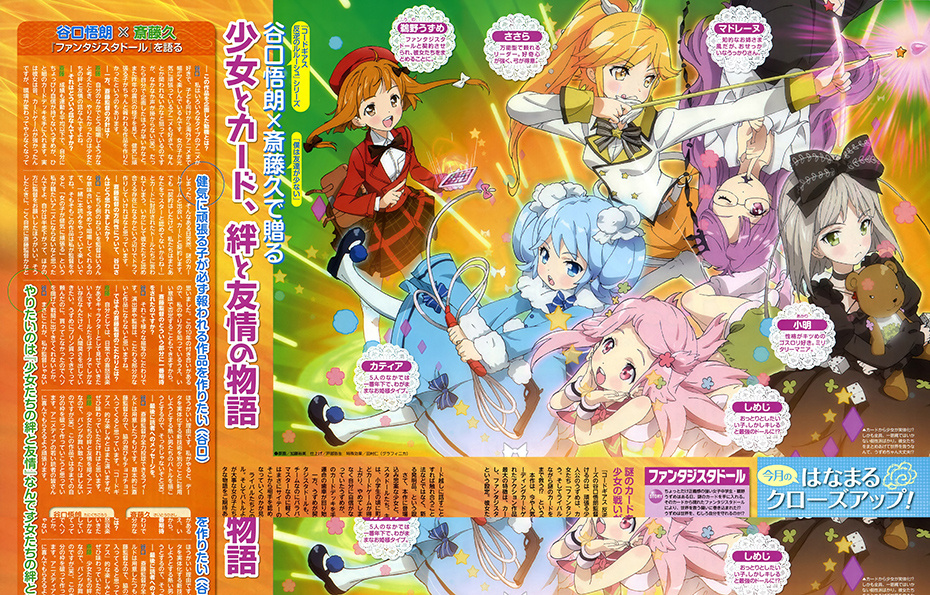