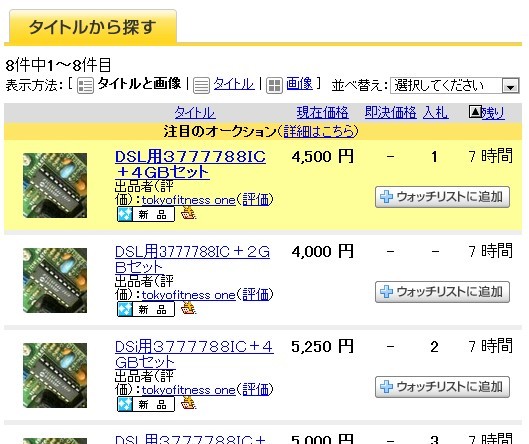 A Majikon マジコン] is the word used to refer to devices that allow you to play opensource/homebrew games on a games machine - like the AceKard2.

Up until a while ago, one could do a search on Yahoo auction and come up with a load of results for these devices - until Yahoo put a ban on them.
However, traders have found an interesting way of getting around this - which only ended up working for a while.

These Majikon devices were listed under the name of "3777788". On a Japanese mobile keypad, these numbers represent letters:-

But it looks like somebody went and reported this to Yahoo and the search for 3777788 turns up zilch.
Via N Style.

Been using the AceKard2 to play homebrew games from my friend in Germany - been working extremely well so far.