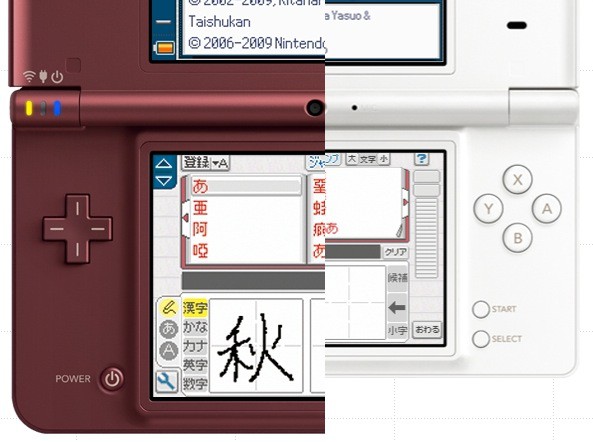 Damn. I'm a sucker for new Nintendo DS's - looks like I'll be on the hunt for the new DSi LL.
Almost exactly one year since the DSi was released in Japan, Nintendo have announced a new version of the console: the DSi LL. This is the fourth version of the DS, and its selling point is its large screen. At 4.2 inches, the LL's screen is a full inch larger than the regular DSI, and 1.2 inches larger than the screen on the DS Lite. Of course, a larger screen means that the console itself is larger than its older brothers, but they've managed to use the extra size to increase battery life (compared to the DSi... it's still not as long as the DS Lite).

You can read more detailed comparisons between the DSi LL, DSi and DS Lite at Kotaku.

The DSi LL will be released in Japan on November 21 for 20000 yen, and will come in three colours: Dark Brown, Natural White and Wine Red.
Via Steve Likes posted at Figure.fm via Kotaku.