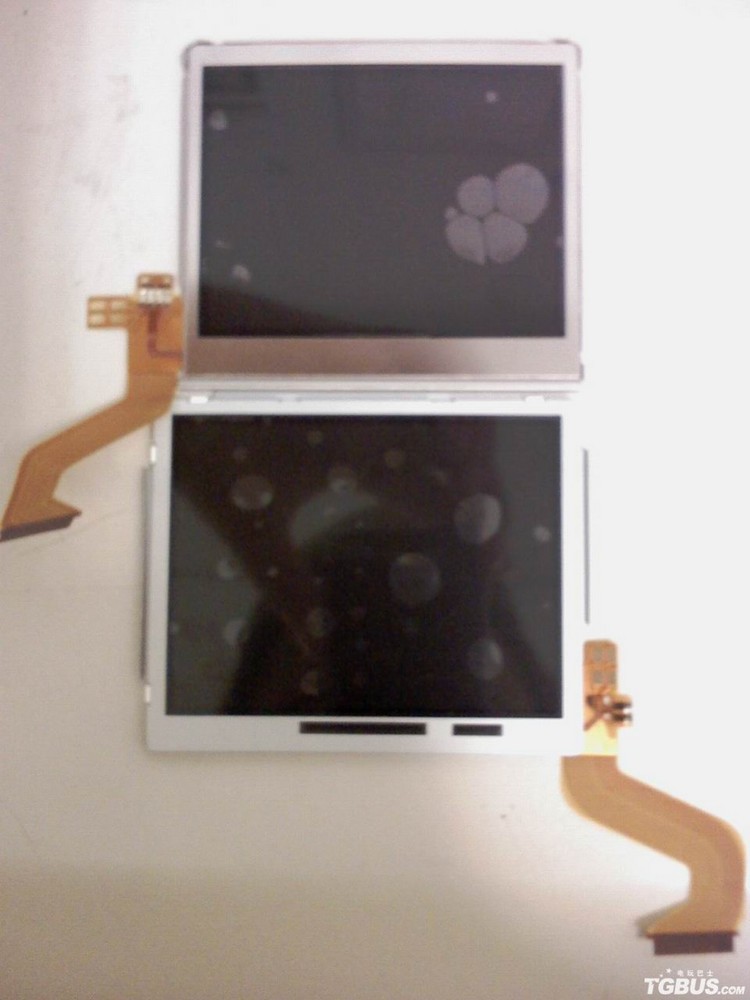 Replaced the original image from Calan with what is speculated to be the screens for the new DS model thats due out later this year - force refresh browser if you cant see it. Details below and image from Byokan Sunday.

Will have to see what Nintendo has in store for us but don't think I would be rushing out to buy one - will probably go and cover the launch though.

Original text from Calan below.Reuters reports that Nintendo is planning to launch a new DS model which can take pictures and play music by the end of the year.

This would position the DS to go up against camera phones and Apple's iPods, which could prove either disastrous or hugely successful.

The new videogame handheld, also equipped with WiFi capability, is expected to be below 20,000 yen ($189), compared with 16,800 yen for the current DS. That's a fairly small increase in cost for these features, though the Reuters article said nothing about internal storage, so you still could have to fork out more for storage capabilities.

The DS has been far outselling Sony's PSP globally, even though the PSP has had the ability to play music since day one, and has a camera add-on. In Japan, however, the PSP was selling more than the DS for five months. This means that momentum is slowing for the DS, so this refresh might be exactly what's needed to boost sales. Even if the DS isn't beating the PSP in sales in Japan, the changes the DS will offer are certainly more drastic than Sony's PSP-3000 refresh.

Would you buy this new model? Do you already have a DS? I don't have one, but have really been thinking about getting one. It's been several years since they came out initially, though, and as such I'm thinking that within the next year or two they must be releasing a new one. Perhaps not, though, in which case I might just pick up this new model.