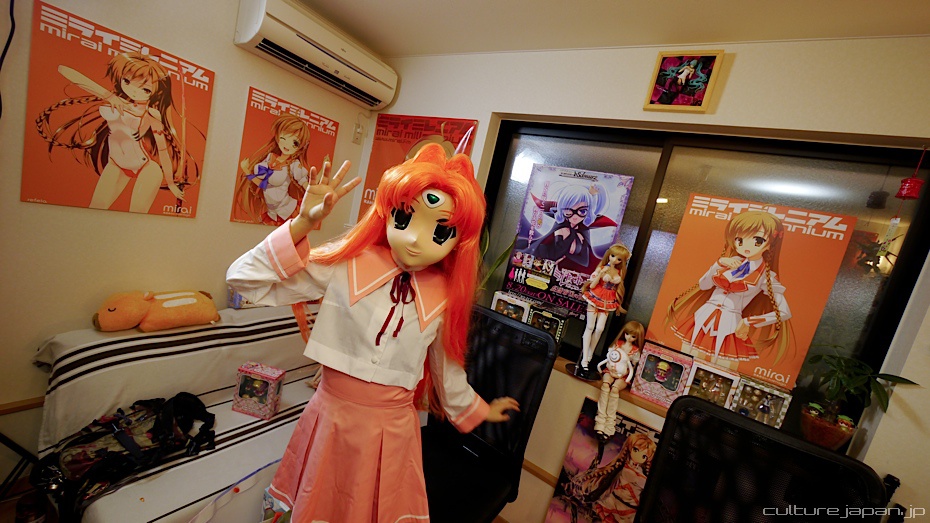 Previously posted some positions for full time members of staff (like the Ruby Developer) and after sifting through many applicants, I finally hired somebody - and this is what she looks like... 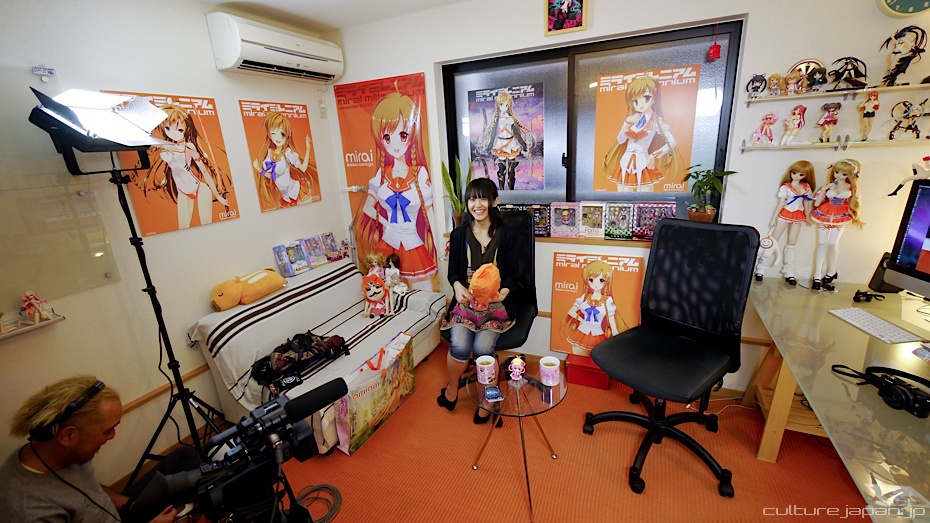 OK - its me telling pork pies as usual. The orange haired girl is actually Amiko - the mascot character for AmiAmi. You can usually find her hanging around at the AmiAmi blog.

Today we are filming some bits n pieces for the second season of Culture Japan - first episode starts in two weeks in Japan @.@
I don't think I've ever been this busy before. This time round I'm directing and producing the show which alone is a 2 person job ToT
And then there is production of the opening anime and OP/ED soundtracks too - which I guess is another 1 person job ^^;

Apart from TV production, I'm in the final stages of producing the Mirai Health Mouse Pad - the first few samples had problems. Been working with our factory to get the perfect product before we can commit to producing a load.

Mirai Gaia clients are on the increase - our next client after Konami is a rather popular eroge company ^o^ Their site will launch on Mirai Gaia at the end of October.

Have not been able to update this site as much as I would like but am making the sacrifice in order to complete the life changing milestones. Have been updating my Facebook more often though.
Anyway - cant wait until January where I think I'll get at least one full day off to do absolutely nothing but laze around ^^; 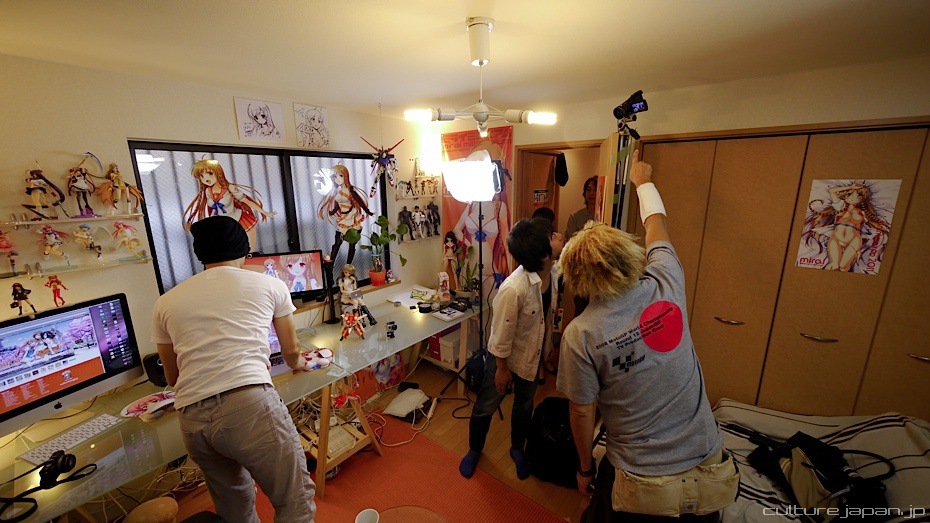 Our camera and sound guy setting up bits n pieces. 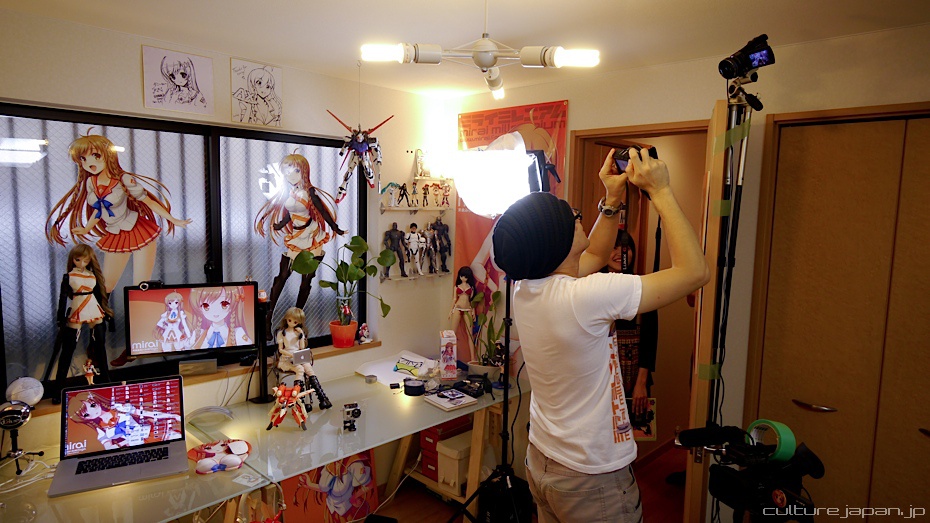 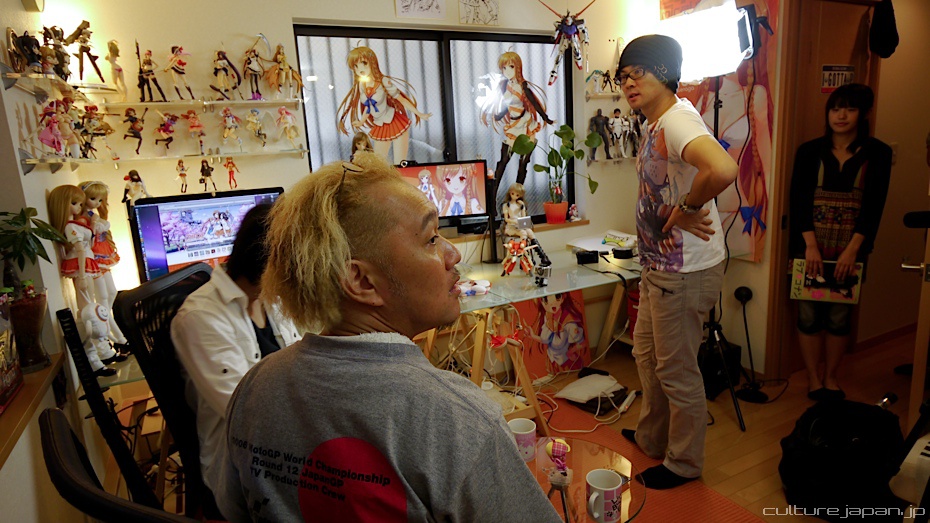 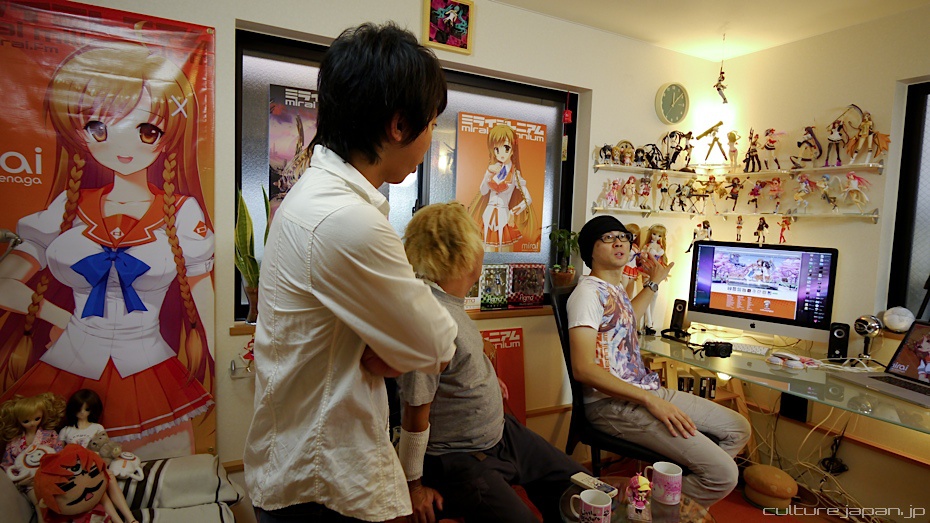 Making sure the girls are in the shot. 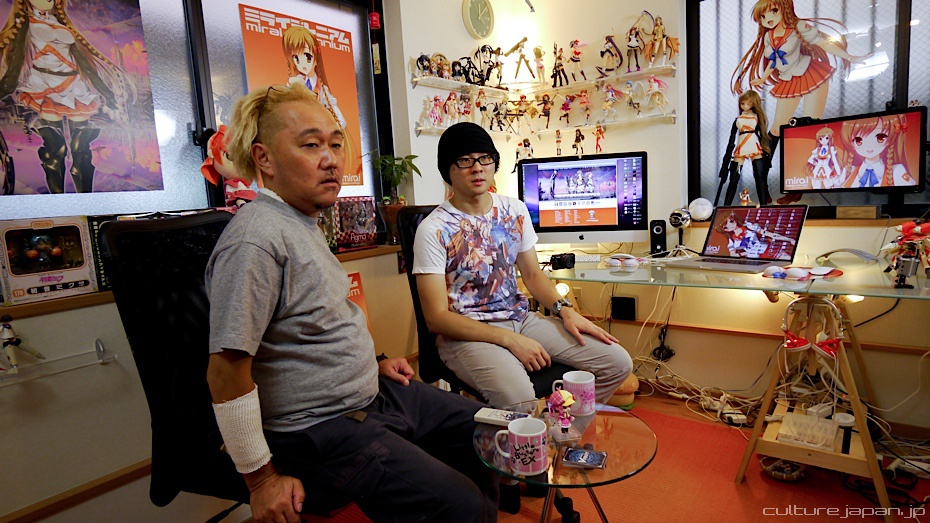 Filming in the office studio is much cheaper than filming at the TV stations studio where I would need to pay for the studio set to be put together, camera, lighting, sound and tape conversion - footage taken on the TV studio cameras is handed to me on a tape which I then need to convert to data which ends up being on a tape again! Japan may have advanced technology but it doesn't seem to exist in the broadcasting world yet. 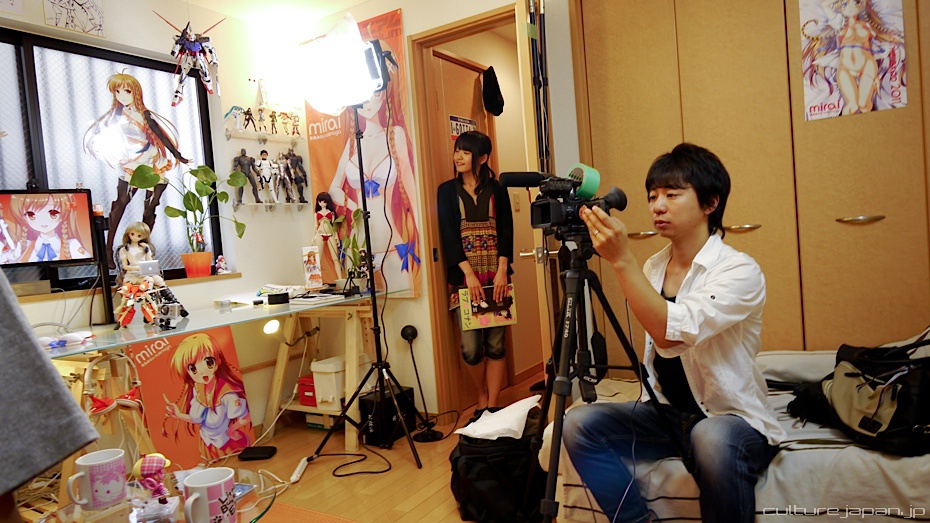 Been learning a load on the job about TV production which I mostly left to my producer to deal with last time. One thing I recently learned is that flicker while filming happens under certain lighting conditions - changing the shutter speed to about 100 would normally stop the flickering. I thought shutter speed was something only for still cameras. 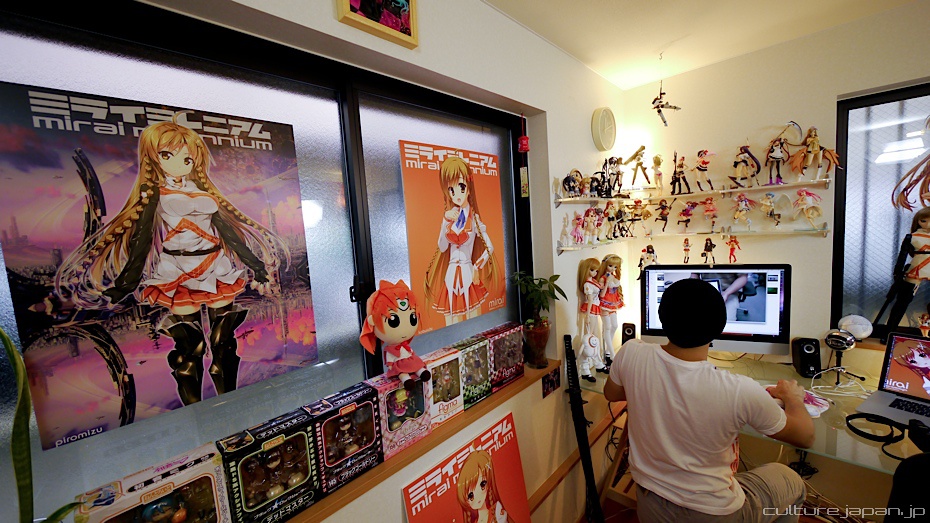 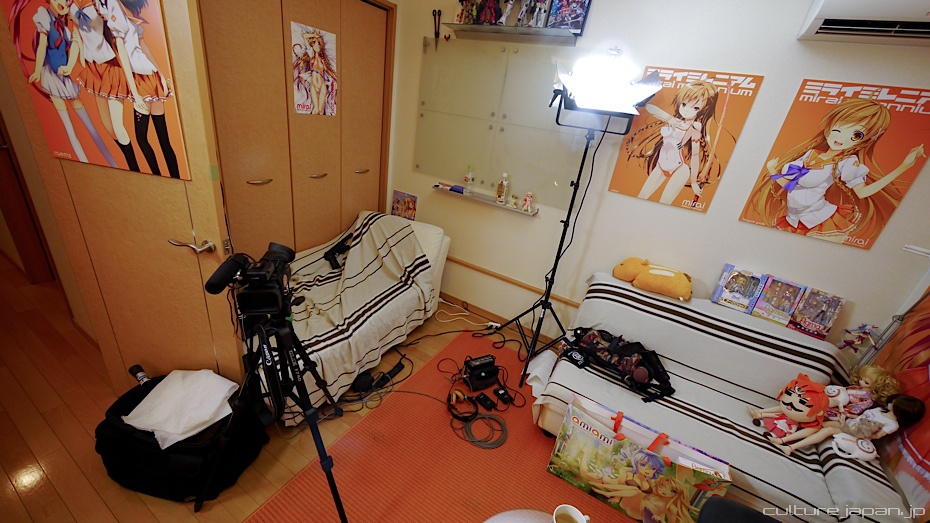 One of the goals for my company is to have one pillar dedicated to TV production - have been slowly building up the inventory - currently lacking an audio mixer and a boom mike - will probably get during Season 3. 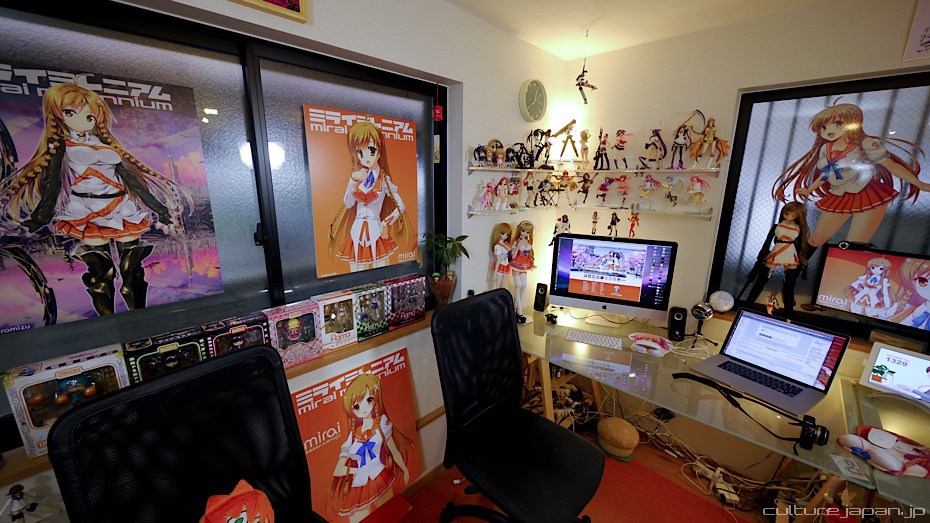 Now that I'm doing a load of editing, the iMac moves over to my desk. 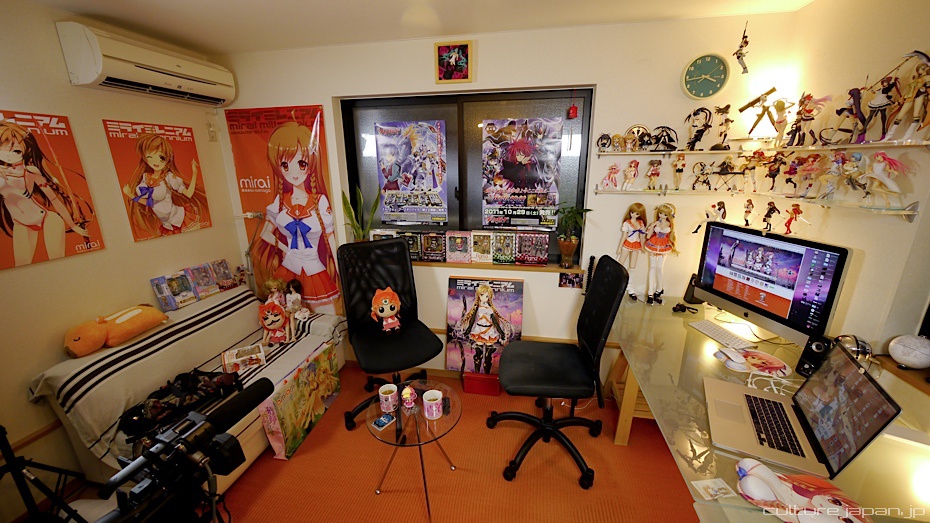 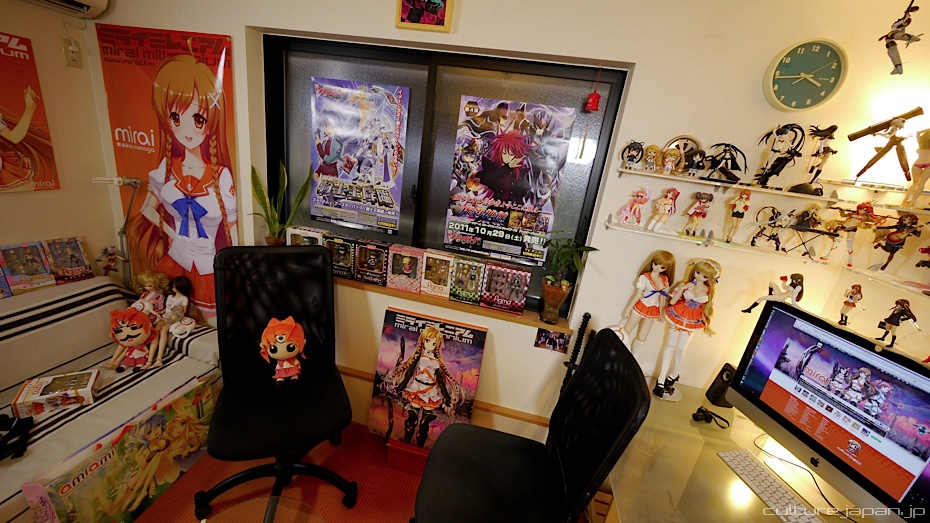 The lighting is also part of my inventory - picked up 2 for about 120000 yen. Both are LEDs which is why they cost half a spleen. 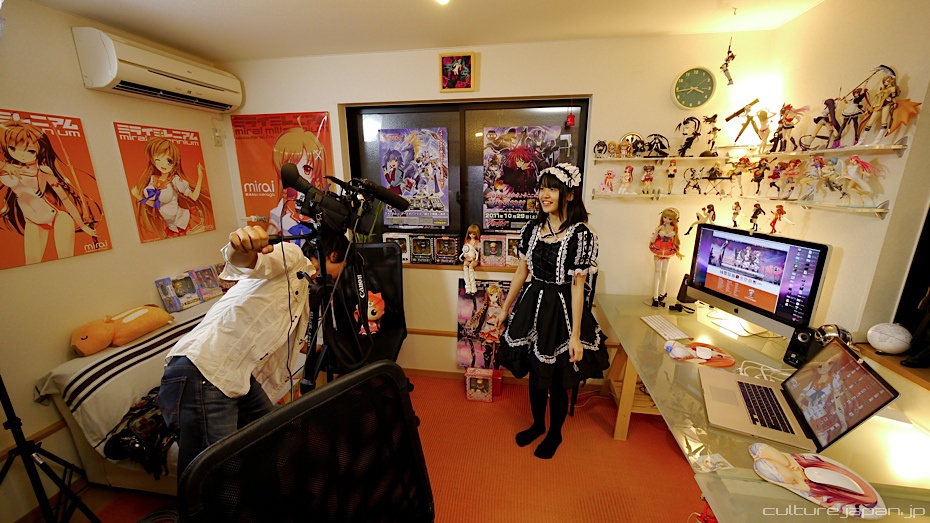 The lady in the photos is Sekai no Yumi who works at AmiAmi. She's Japanese but was brought up in India and has many tales to tell us. When shes not wearing her gothic lolita outfit... 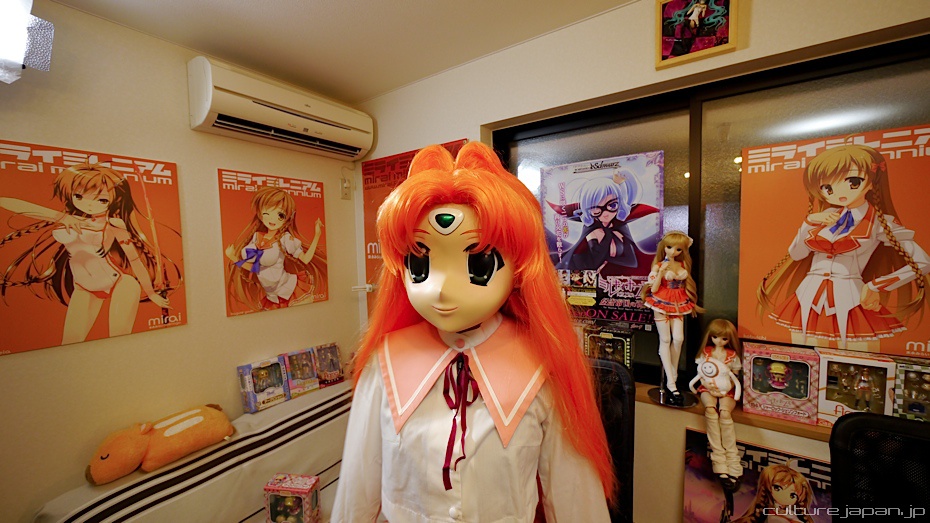 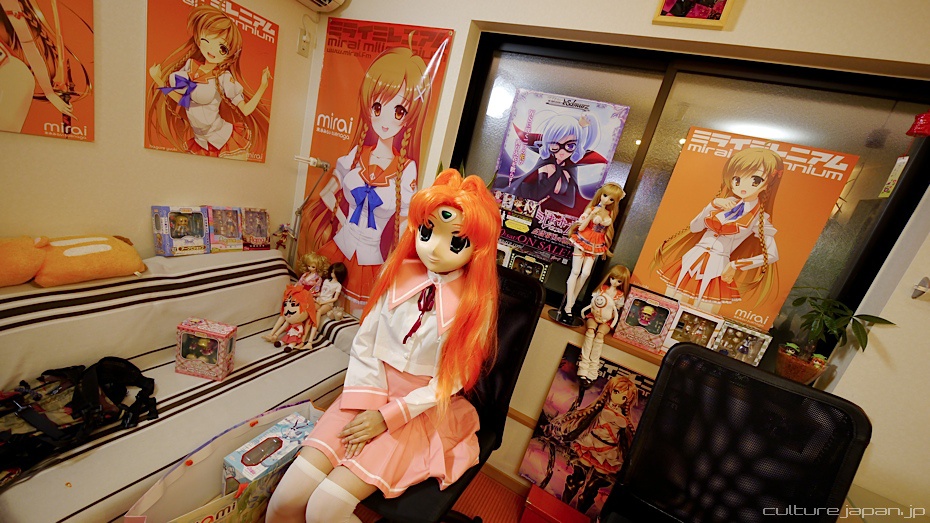 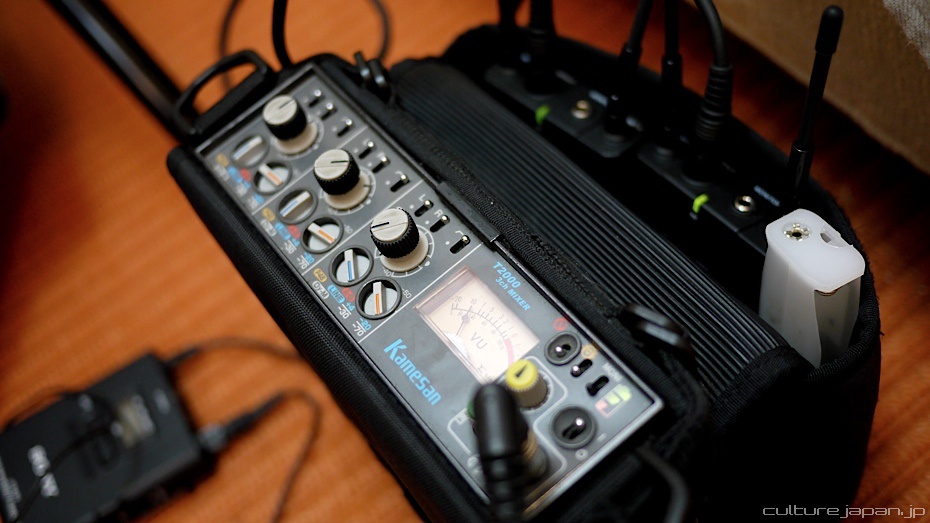 This is the type of Mixer that I'm after. They cost quite a bit though. 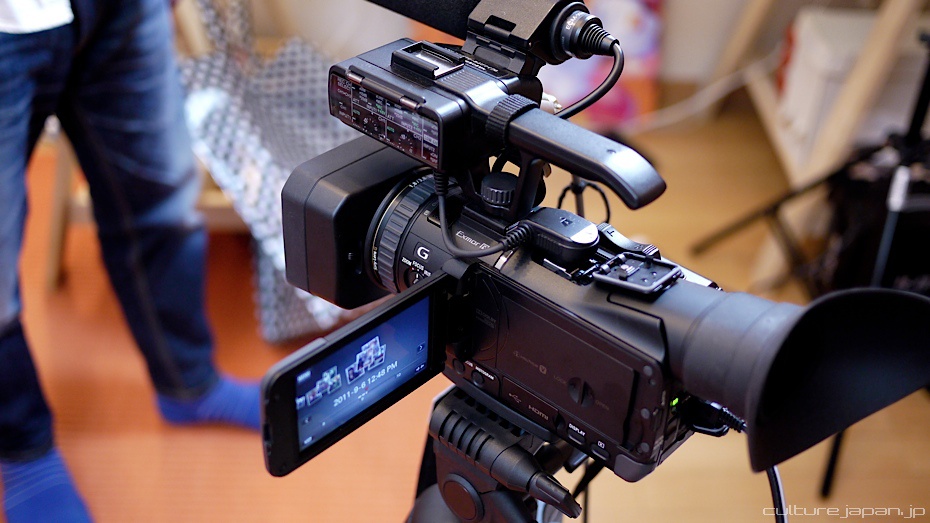 This is our main camera - the HXR-NX70J - I'll talk about this little fella in a separate post. 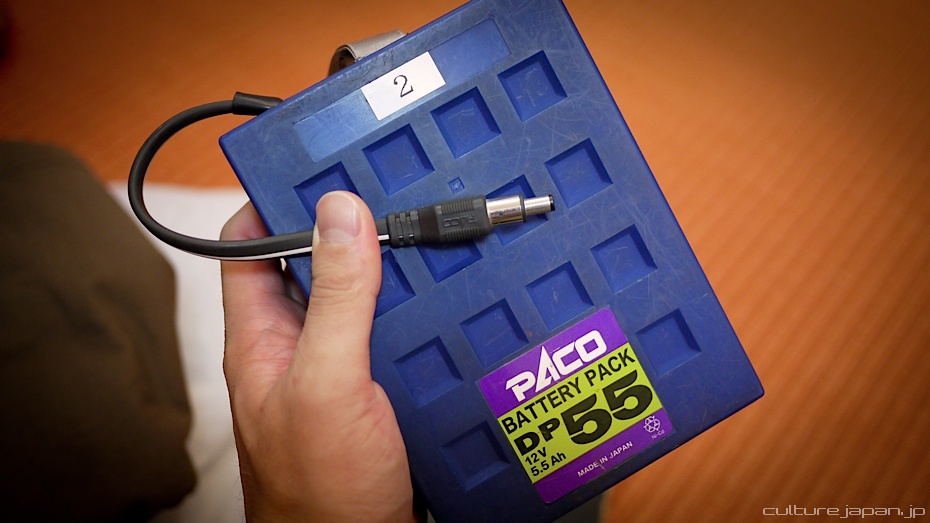 One has to be prepared to deal with a load of heavy stuff when entering the world of TV - this battery pack alone is a few kilos. 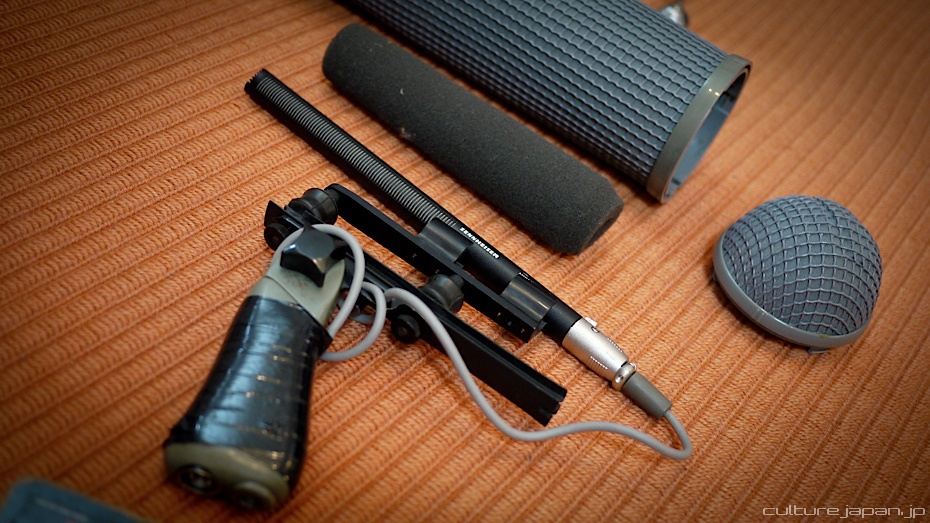 Opening up the gun mic to see whats inside. 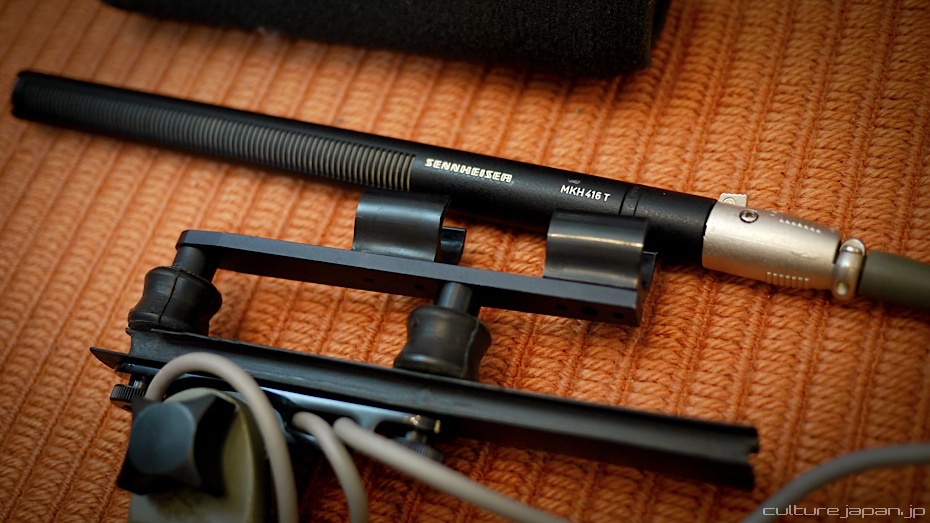 Sennheiser is apparently *the* mic to have. 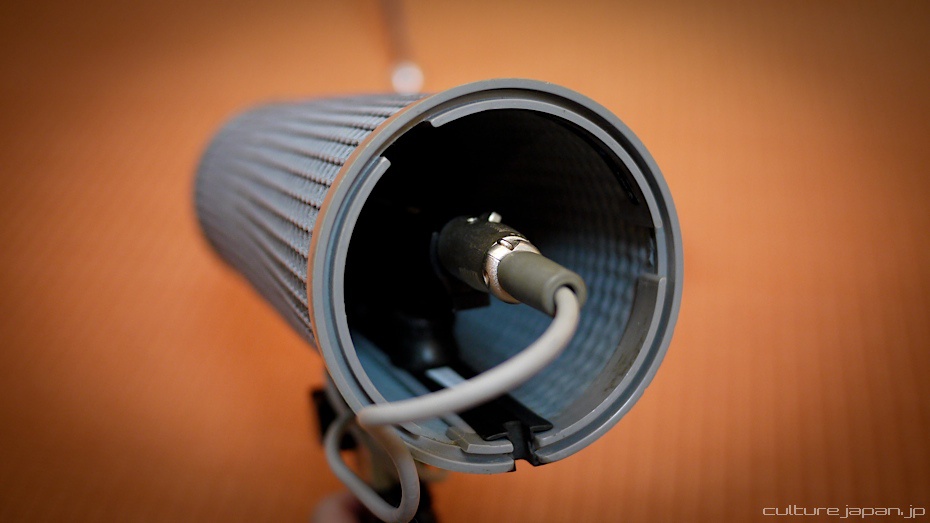 The cone gets rid of wind sounds and when wrapped in a furry jacket then wind is reduced even further. 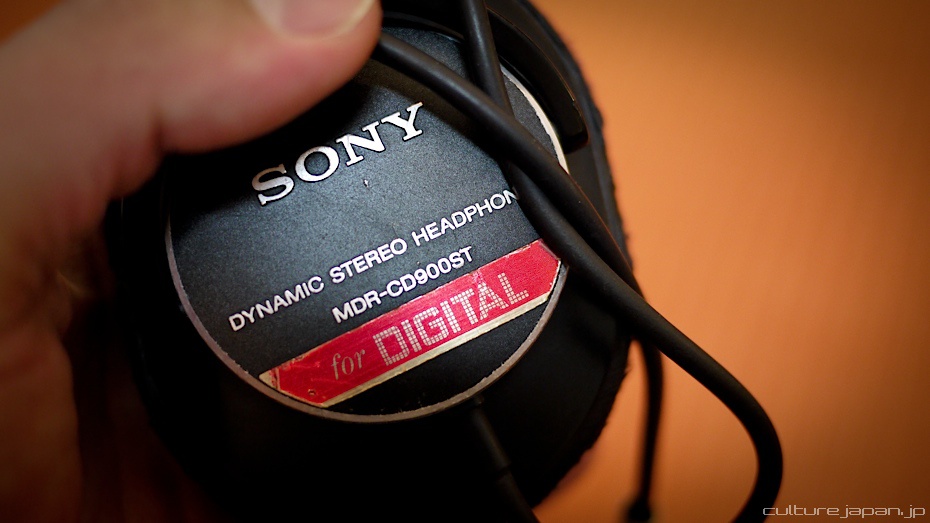 This belongs to the sound guy. Me need a decent pair of headphones too. 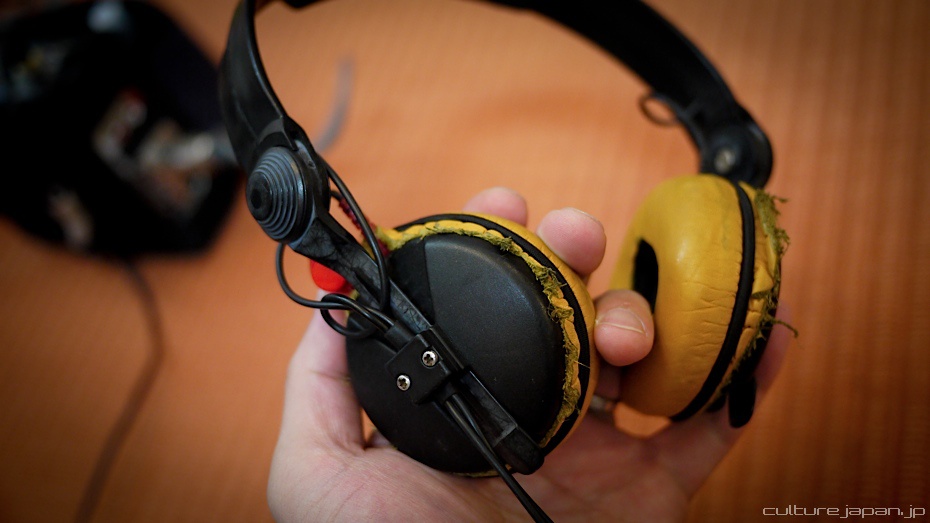 Another pair belonging to the sound guy. 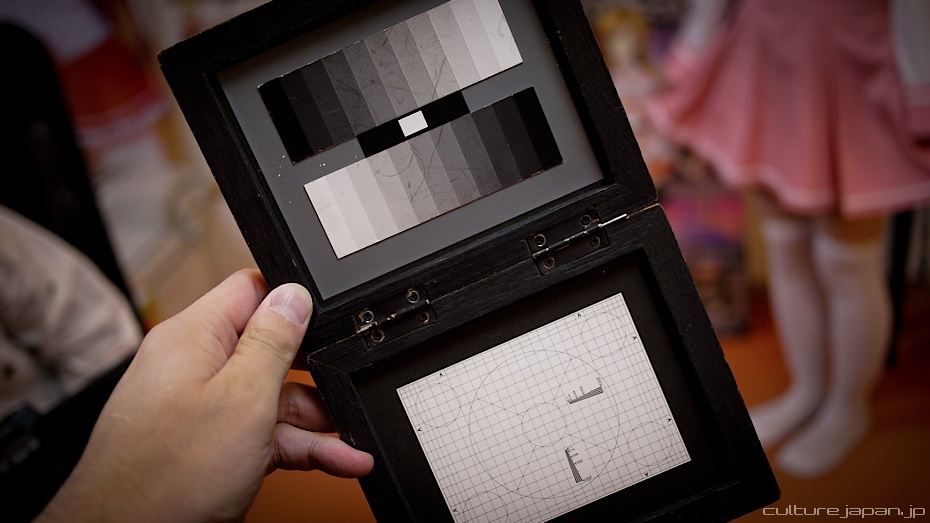 Up until now I thought white balance is only taken from a white sheet of paper. 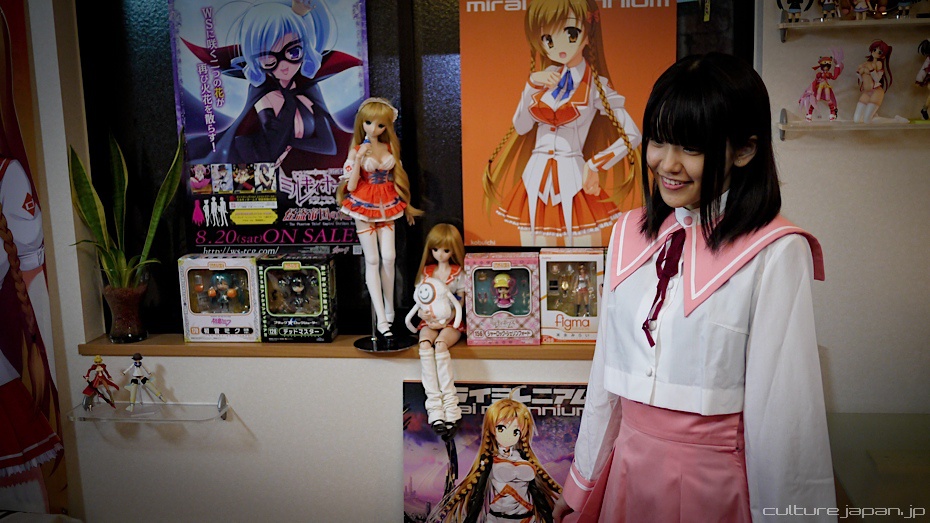 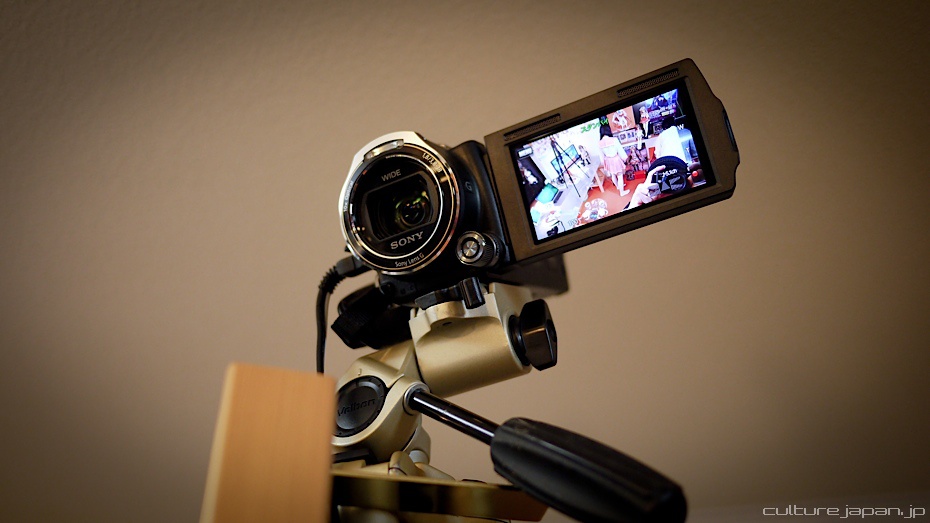 Tried a view from the ceiling which didn't really turn out well ^^; 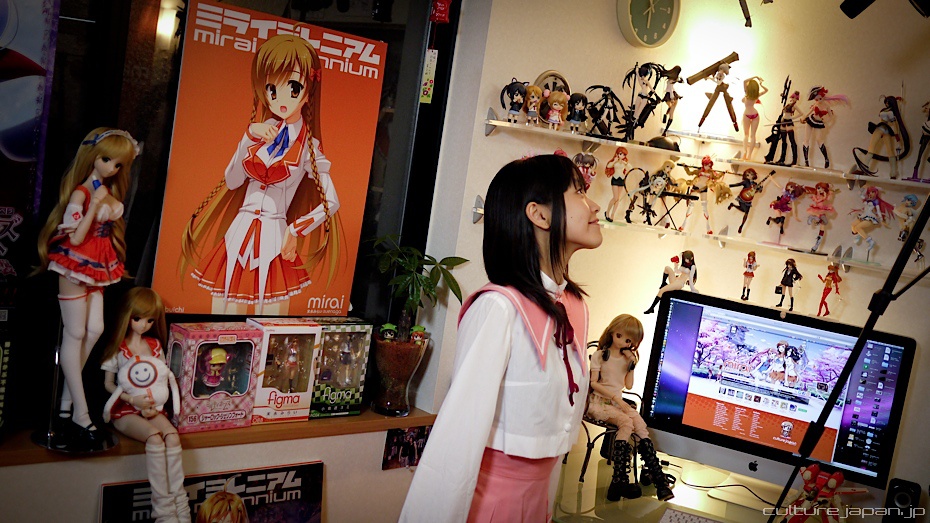 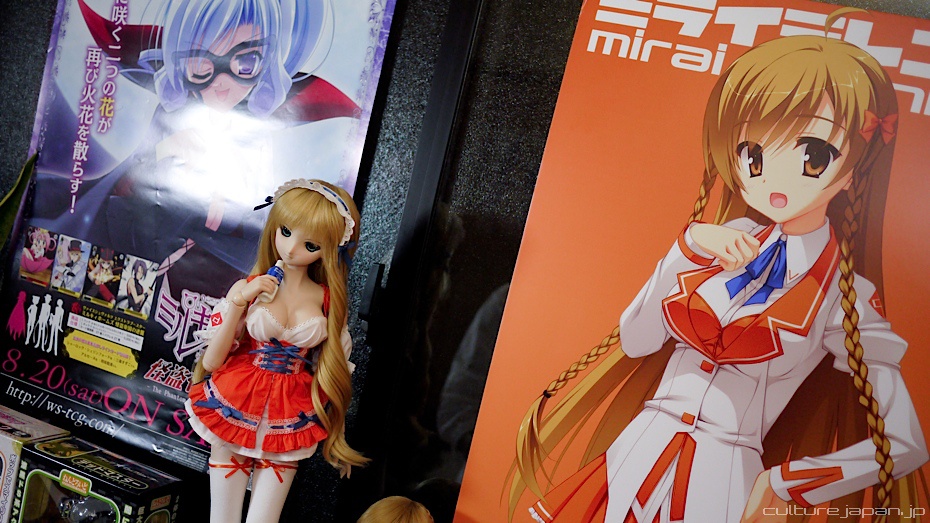 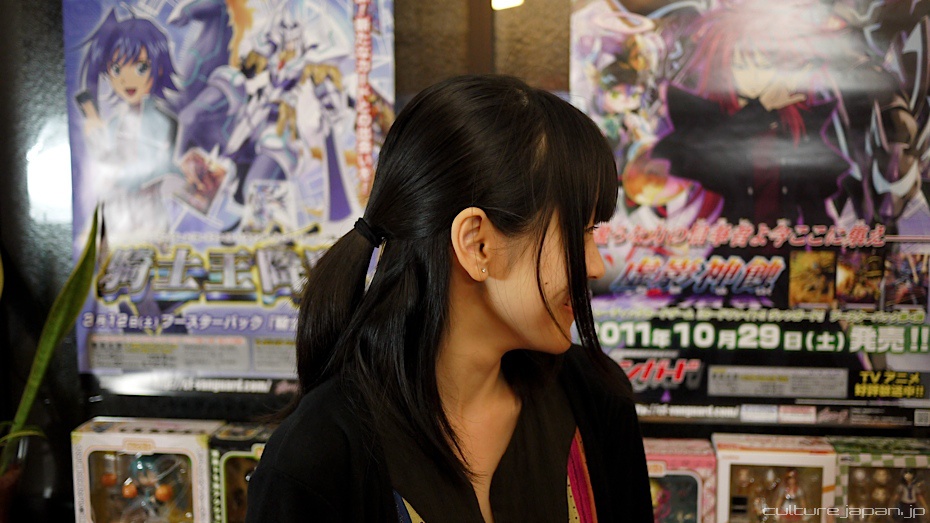 A more detailed Desk Diary coming up soon - previous editions listed up below.