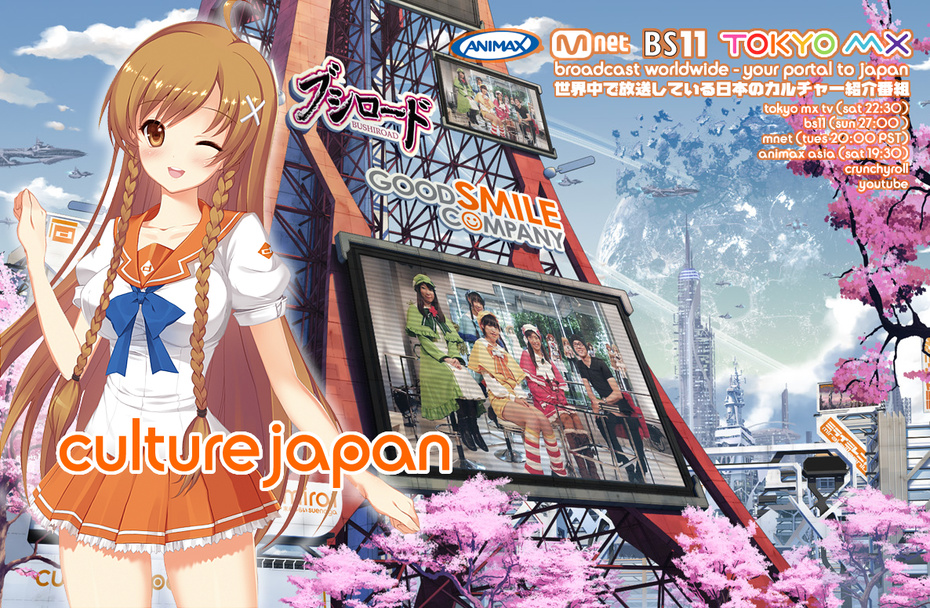 Culture Japan is the TV show that brings Japanese Culture to the world! The show is broadcast on Tokyo MX TV in Japan and across the world on various cable, terrestrial and online networks including Animax Asia, Mnet in America and Crunchyroll.

Culture Japan is directed, and produced by myself where I not only cover Japanese Pop Culture, I also introduce more of the traditional aspects of Japan too. Prepare for a menu of Otaku, Anime, Traditional, Food, Travel, Fashion and Technology. But why do I do all of this? This is why.

The show is presented by myself Danny Choo and my mascot character Mirai Suenaga. Sponsors for the show are Good Smile Company and Bushiroad. The show is directed in a way that both folks inside and outside of Japan can enjoy the show - the challenge is creating a show that introduces Japanese culture but make it interesting enough for Japanese folks to enjoy too. The second season in particular gained much popularity in Japan and even started to trend on Twitter Japan after each episode.

At the moment, Culture Japan is in its second season with a third season in the planning. The second season recently started to air across Asia on Animax Asia in Indonesia, Malaysia, Singapore, Thailand, Vietnam, Philippines, Hong Kong and Taiwan. Due to some broadcasting regulations and timeslot differences however, the versions broadcast outside of Japan have been edited slightly - the Asia broadcast has been de-oppai-fied.

For folks in other parts of the world where Culture Japan has not reached yet - I thought I'd make all uncut episodes available to you on YouTube in 720p HD on my Channel. A simplified version of this post is available at Pinterest.

Do note that the episode order here may be different to the ones broadcast in your region.

Episode 1 - Tohoku and the Tsunami

Danny travels with the volunteer group 'Peace Boat' to the city of Ishinomaki which was one of the hardest hit by the tsunami on 11th March 2011. There he covers some of the relief efforts that the group are providing in the affected areas.
Photos taken during the filming can be found in the Ishinomaki Tsunami, Onagawa Tsunami and Japan Relief Efforts posts.

Danny chats with Good Smile Company's Mikatan and Akiyama before taking a look at the festivities of the Wonder Festival, as well as the live broadcast from Tokyo Tower that took place after the event. Photos taken during the filming can be found in the Carnival Phantasm post and everything listed below.

Danny has some more discussions with his guests Mikatan and Akiyama at the Good Smile Company Cafe. We then take a look at various Japanese festivals which include the Tanabata in Sendai, Nebuta in Aomori, Obon Odori in Osaka and Omikoshi in Tokyo.

Danny has a discussion with Sekai no YUMI from Amiami, and then takes a look at anime events all over the world - including Anime Expo in America, Japan Expo in France and CharaHobby in Hong Kong. Photos from the events that Danny attended are tagged Anime Expo and C3HK. The footage from Japan Expo in France was taken by Studio Sushi.

Danny joins up with voice actress Suzuko Mimori to explore the otaku wonderland found in Osaka known as 'Otaroad'. They visit various anime stores and even stop by a maid cafe for a bite to eat where Danny is shouted at by a tsundere maid. Photos taken during filming are in the Otaroad and Gamers posts.

Continuing from the previous episode, Danny continues his exploration of the otaku wonderland found in Osaka known as 'Otaroad' with Suzuko Mimori. This time around they visit the cosplay store, 'Lovepop Studio' and then try out some rumors that all Osaka locals will react when cut with an invisible sword. Finally, Danny goes to watch Suzuko and the other Milky Holmes girls perform live.

Episode 7 – The Return to Edo Wonderland with Elly Otoguro

Danny returns to his Master in Edo Wonderland along with Elly Otoguro, hoping that Elly can also be trained as a ninja just as he did. They learn how to throw ninja stars, how to run like a ninja, how to navigate through a maze, how to use a kaginawa and finally some sword techniques. The show ends with a boss battle.
Will Elly be accepted as a true ninja as Danny did before her?
Photos taken during the filming can be found in the How to Become a Ninja Girl post.

Danny and Elly are still in Edo Wonderland, and ready to wander around and enjoy life in the Edo Period. They take a look at various attractions at the historical theme park, and learn about some of Japan's history in the process.

Episode 9 – How Anime is Made at JC Staff

Danny once again has Amiami's 'Sekai no YUMI' in his office as a special guest for some interesting discussions. Danny then visits the JC Staff offices to find out exactly how anime is made - from the drawing and coloring of the frames down to the final check of the episode. Our mascot Mirai Suenaga was in the anime title Twin Angel and we look at how she went from a sketch to animation.

Danny shows footage from Singapore's Anime Festival Asia 2011, including the various booths at the event, some of the live events on stage and even a look at some of the cosplay at the event. Guests include LiSA, Milky Holmes, Mizuki Ichiro, Flow and more. Danny is joined in the studio by guest Yoshimi.
All photos taken at the event are tagged AFA listed below.

Danny meets up with 'Sekai no YUMI' in Asakusa to enjoy the traditional charm in the area. They first take a ride on the boat 'Himeko' designed by Leiji Matsumoto. They then visit the Edokomachi Retro store to dress up in traditional style to visit the Kaminari Gate and Sensouji Temple. Photos taken during the day in the Tokyo Tours post. Photos of the boat Himiko in the Himiko Tokyo Boat Cruise post.

Episode 13 - The Making of Culture Japan

We start off by taking a look at the 2011 Amiami figure rankings. Danny then goes on to explain the origin and creation of Culture Japan. We also take a look at Cybernoids, a company that brings 2D illustrations to life. 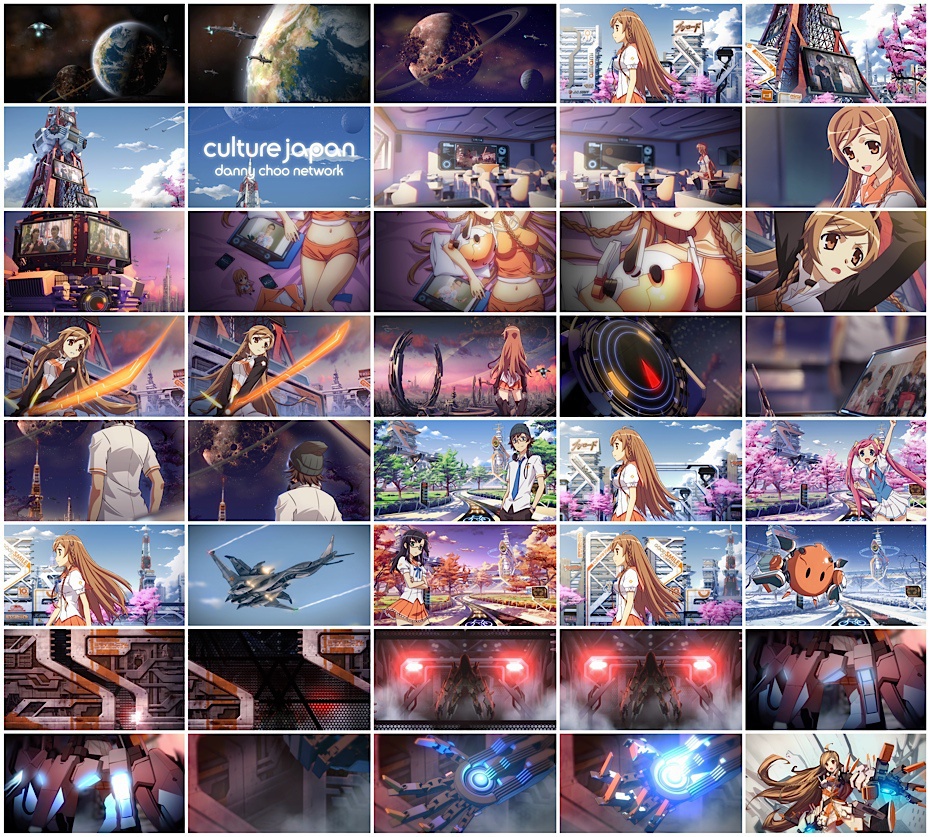 And finally, here is the Mirai Millenium Opening Theme adapted for Culture Japan, created by Mirai Fusion and JC Staff.

And here are the commercials that are running across Asia for Culture Japan - the English, Cantonese and Chinese versions.

Which was your favorite episode?

Posts related to the filming of Culture Japan are listed up below.