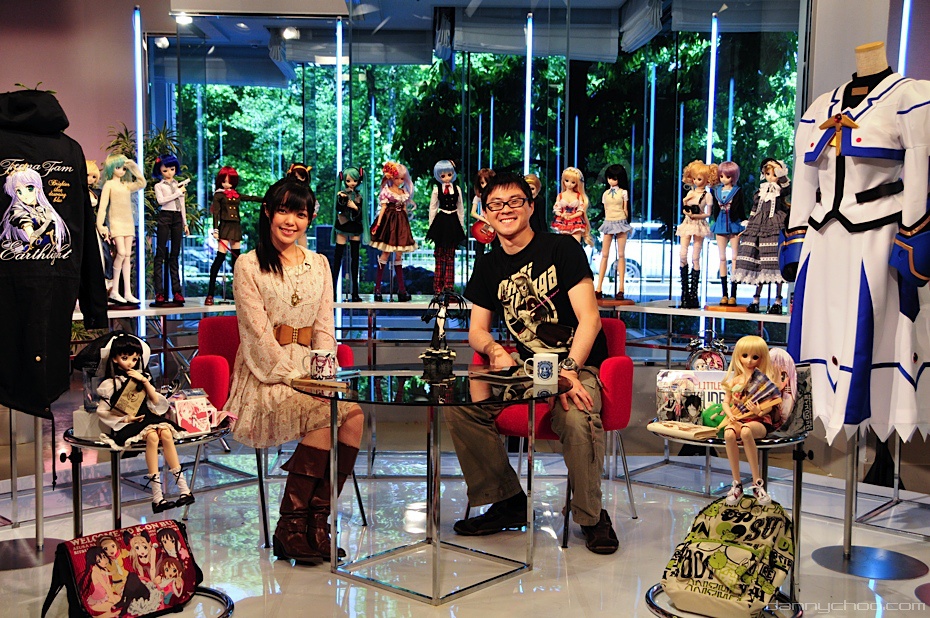 Culture:Japan - the first TV show which I've directed and appeared on as a presenter. Had no previous experience but have great mentors in the industry guiding me. Folks who watch the show will see that I get my inspiration from watching a lot of Sci-fi films ^^;;
Folks will also notice that I start off the show being nervous and then slowly getting used to everything by the end ^^;

My vision for Culture:Japan is to be another medium where I can share Japanese culture with the world. Will be broadcast this Saturday on Tokyo MX TV from 21:00 - 21:30. Will then be broadcast on the Animax Asia Network all over Asia and we are now working with TV stations worldwide to get it broadcast in your neck of the woods too. More details at the Tokyo MX TV site.

Today we are going to have a quick look at the contents of the show. 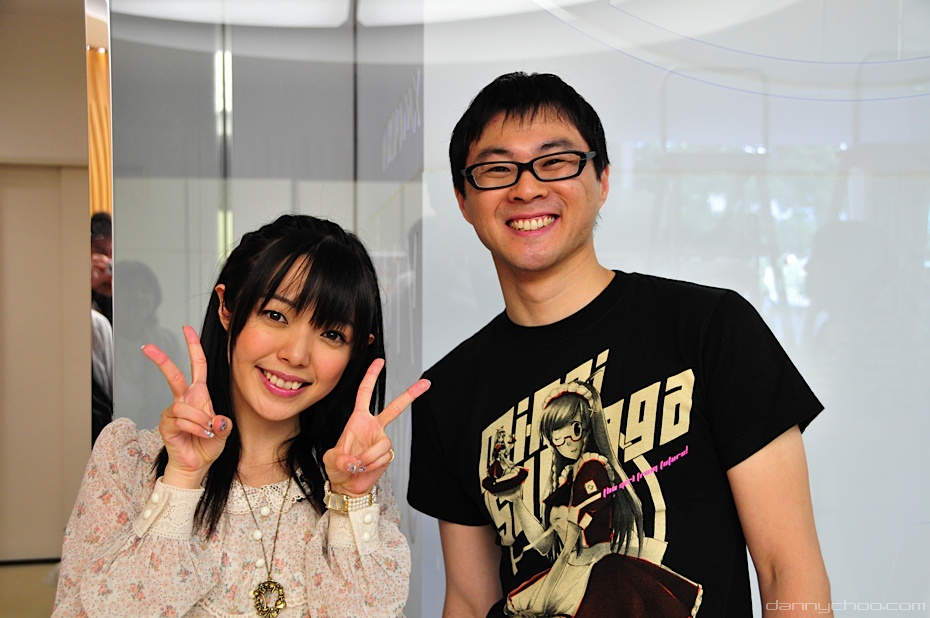 Voice actress Satomi Sato who does Ritsu from K-ON! joins me on set as my guest. I particularly wanted to cast Satomi-san as she also does the voice for my the anime title that I'm working on called Chinka. Production is coming along nicely and we will be working with her in the recording studios soon. 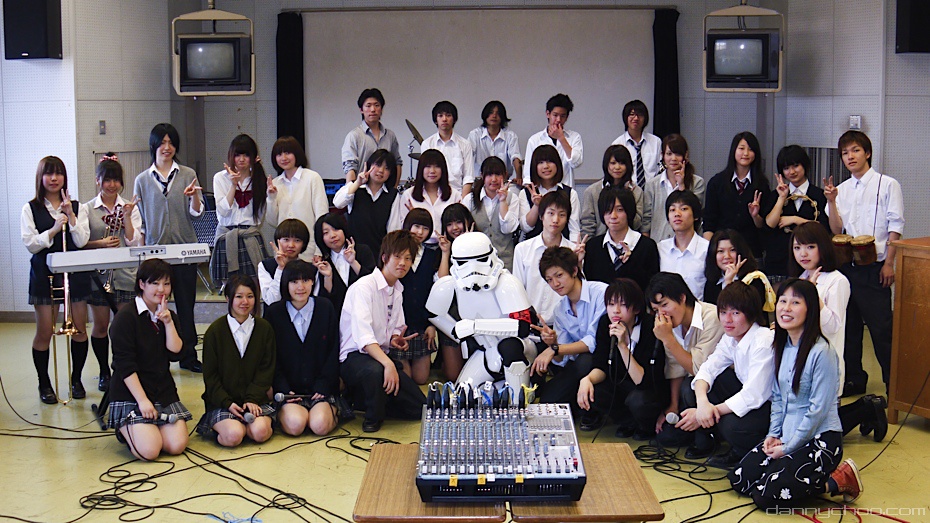 Many anime titles are based on a high school. For many years I've always wanted to show you what its like in a real 3D high school and have been asking around for the past few years to try to get permission to film at one.

Finally got the OK from Fujisawa High School and went along to film all the things that you've seen in anime and manga. 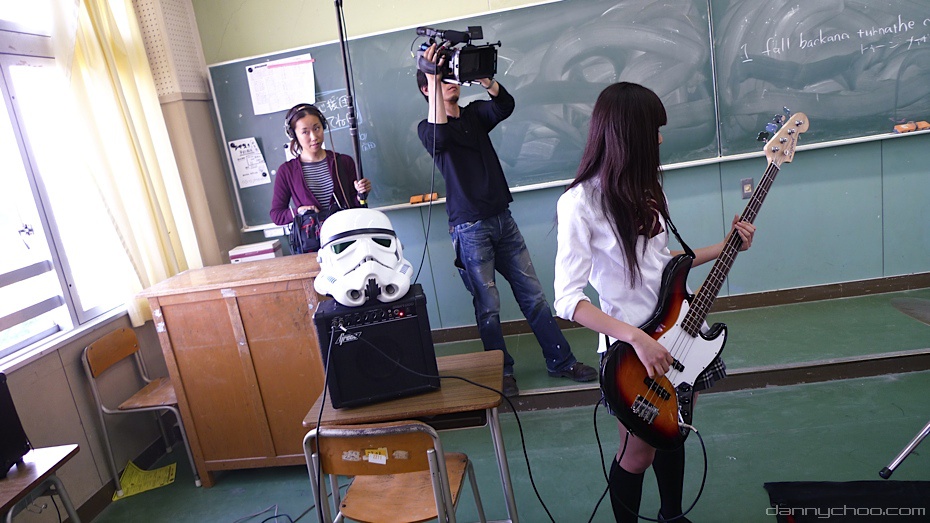 Fujisawa High also has the Keion after school activities too! 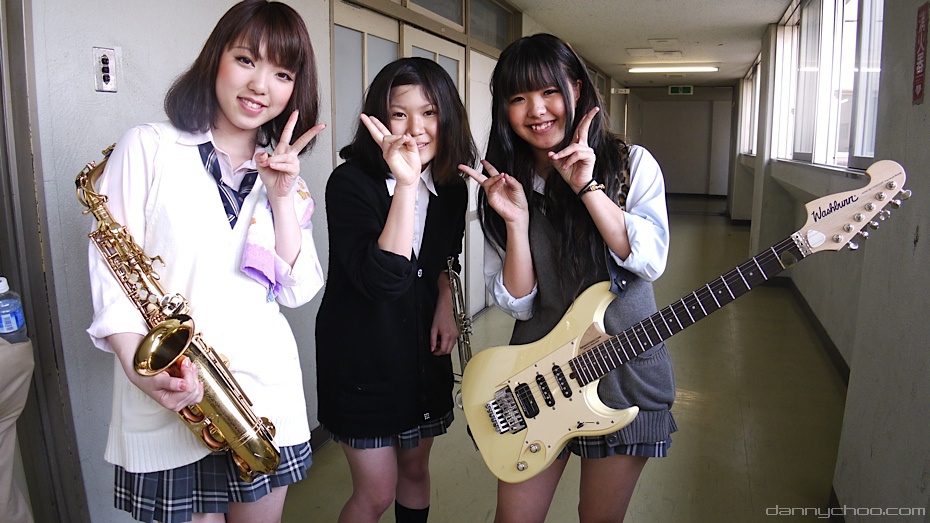 And here are the three students who took us around - members of the Keion-bu who you will see more of on the show. 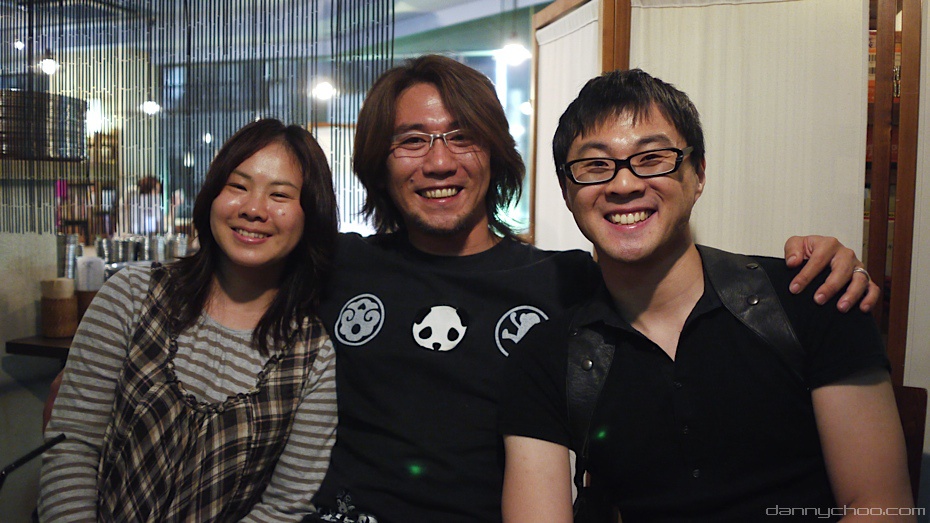 This is Big Boss of Good Smile Company Aki Takanori and M-san who is head of Marketing. On the first episode of Culture:Japan, we sneak into the sculpting studios to see how the decoration master figures are made. 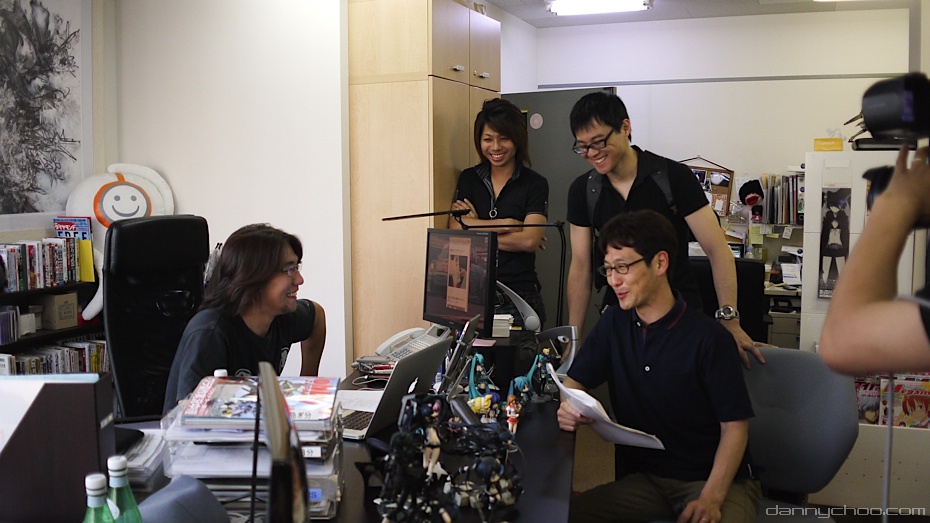 The chap at the back is Oda-san who is the sculptor of the Figma Mirai. He guides us around the office and makes sure that we don't pocket stuff along the way ^^; 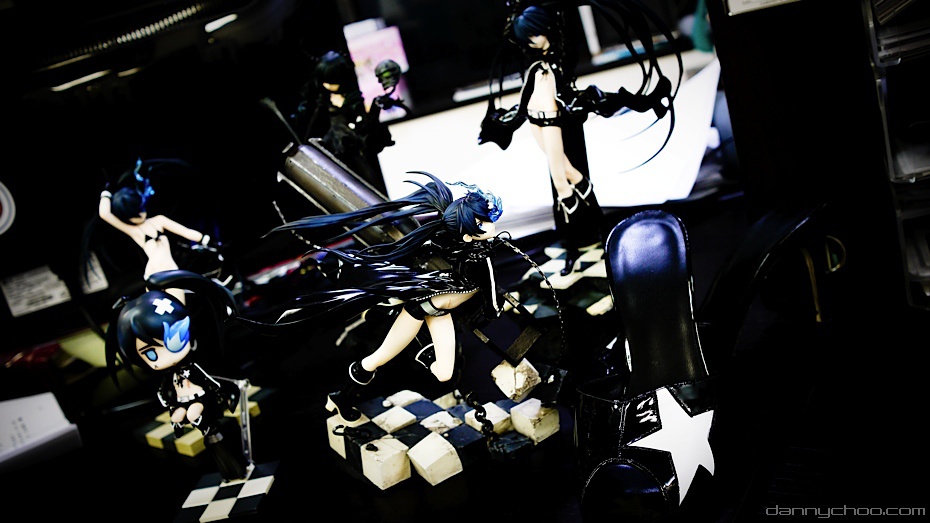 We have some exclusive Black Rock Shooter footage that's never been broadcast before - and yes it will be different to what I'm bringing with me to AX in Los Angeles. 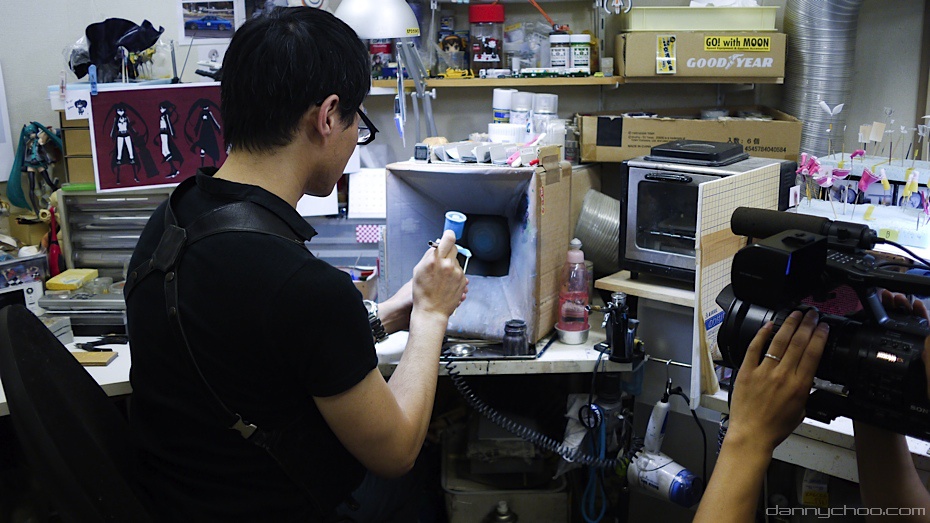 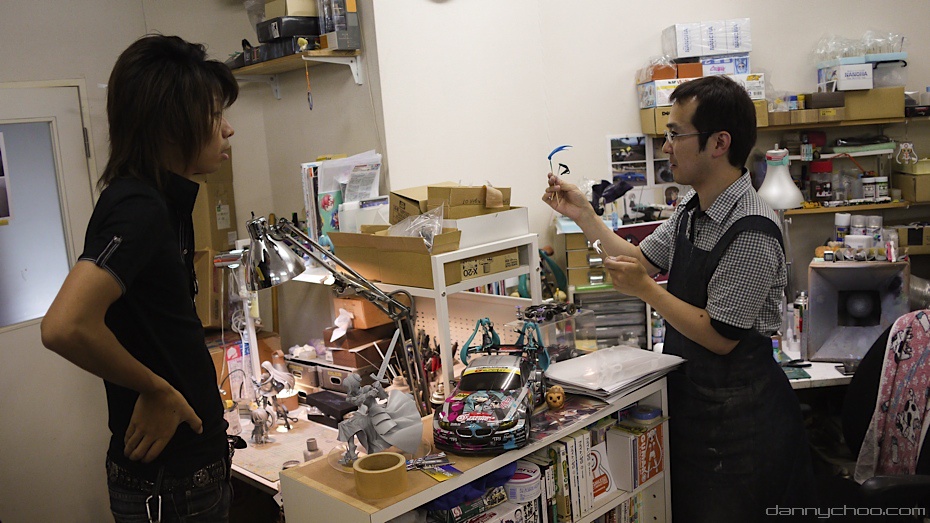 Sculptor 1: This is what Danny painted - what do you think?
Oda-san: Throw it away 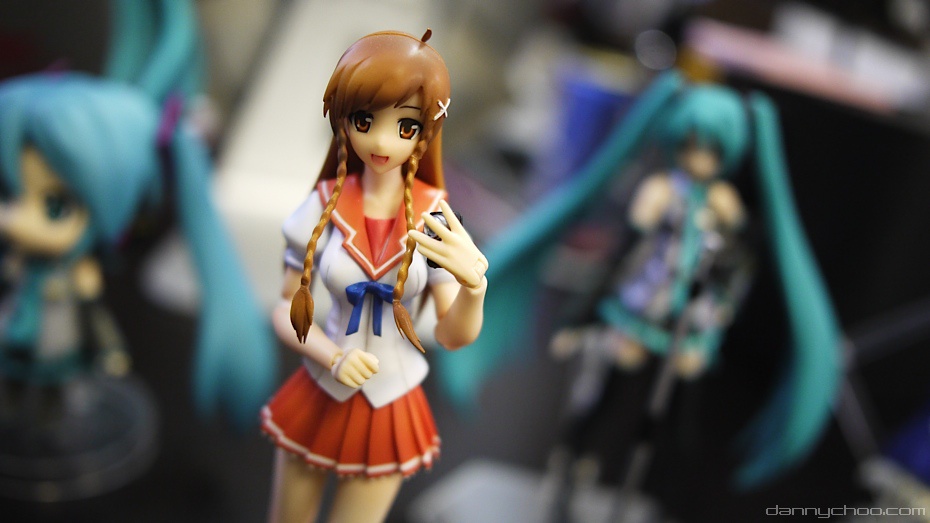 Aki-san also announces when the Mirai Figma will be released! 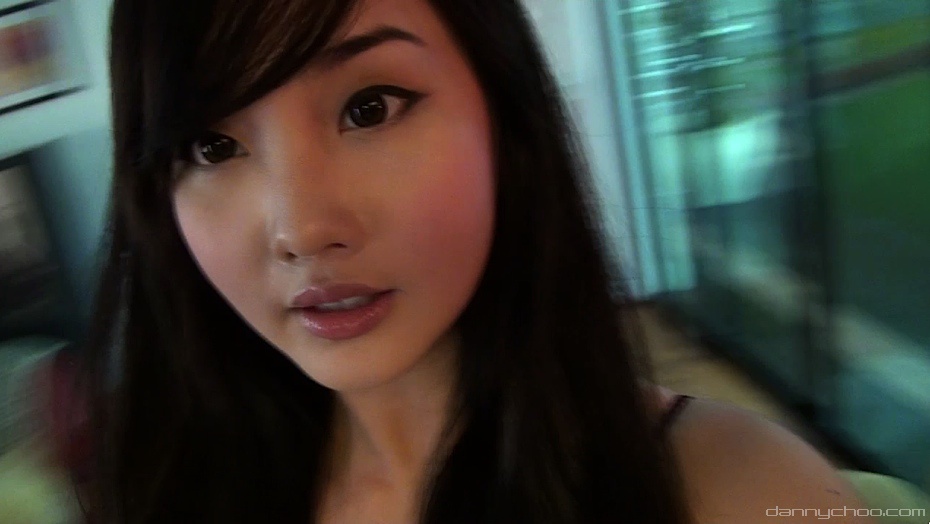 And we have my special friend Alodia on the show giving us a tour of her house. We've also got some video tours that you submitted too.
the Tokyo MX version is only 30 mins so we could only feature 3 rooms but as the Animax version will be an hour, we should be able to show most of the rooms that were submitted. 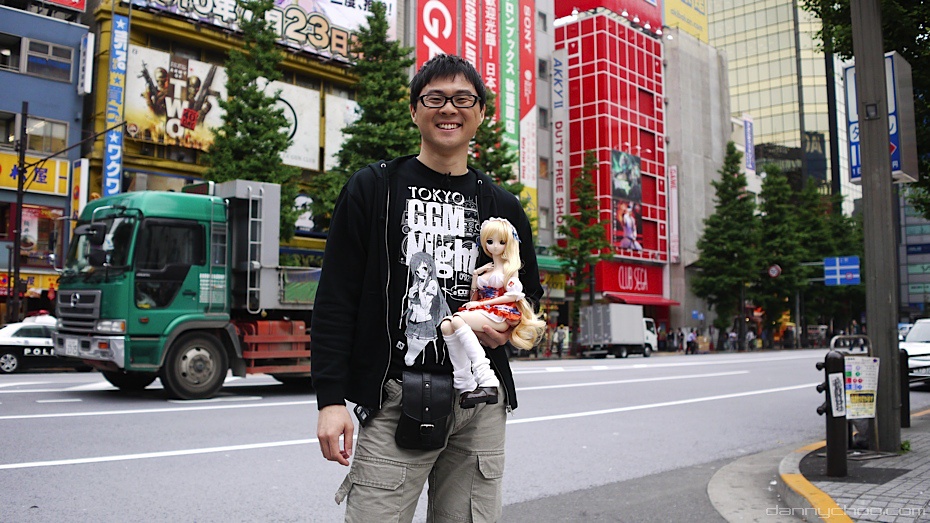 And from the heart of Akihabara we've got coverage of a university which gives birth to many creators in the game and anime industry - Digital Hollywood. 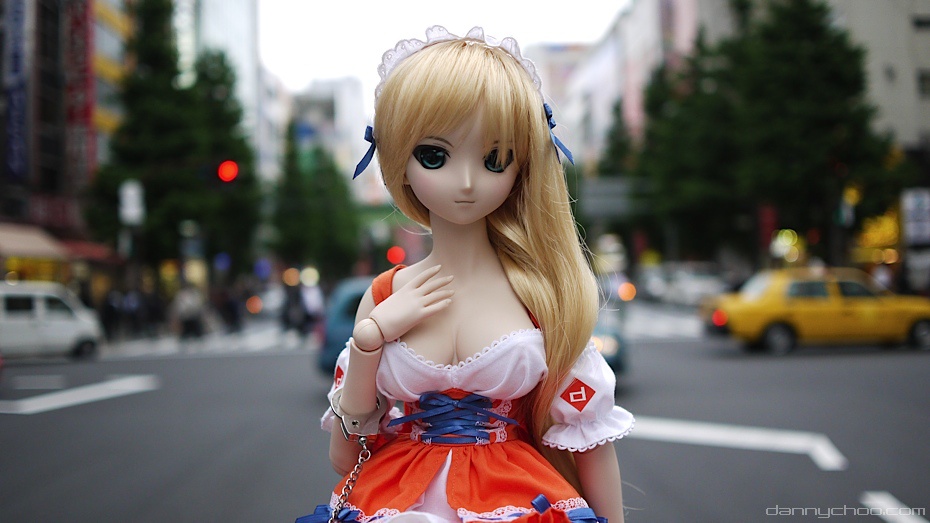 Saber wanted to be in the show too - cant say no to my eldest daughter! 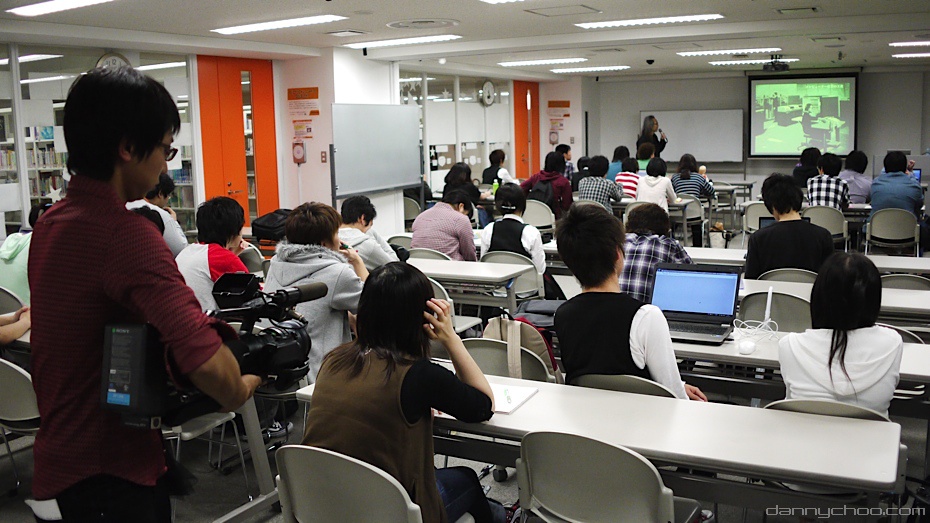 In the middle of filming at Digital Hollywood. 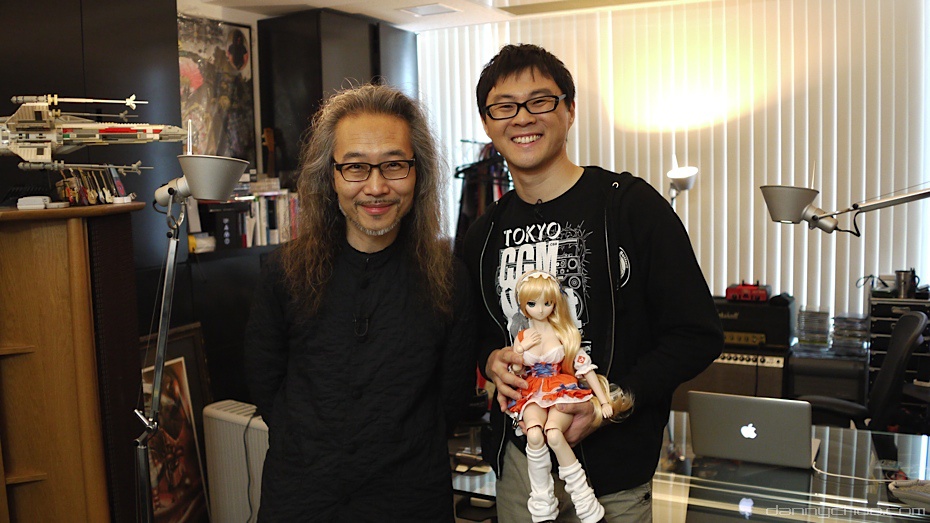 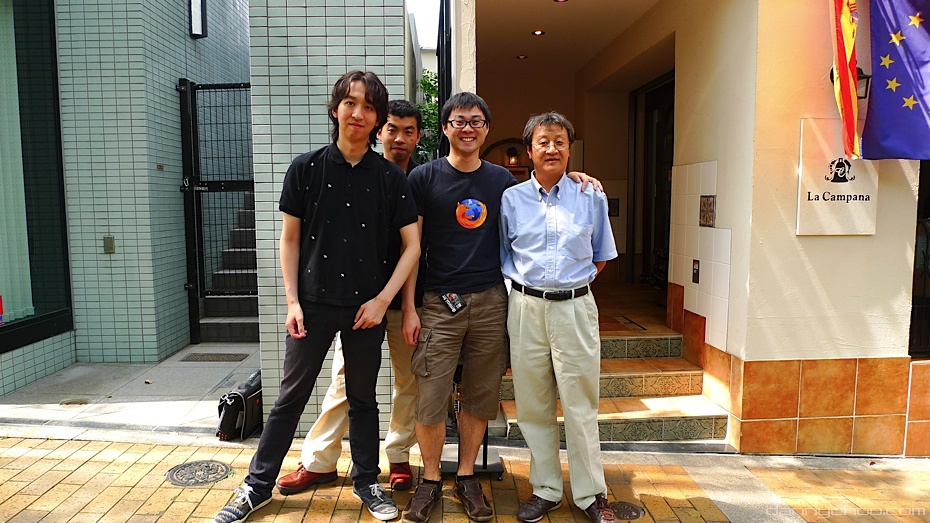 Here are the top folks at AmiAmi who we worked with to bring you the AmiAmi figure ranking. 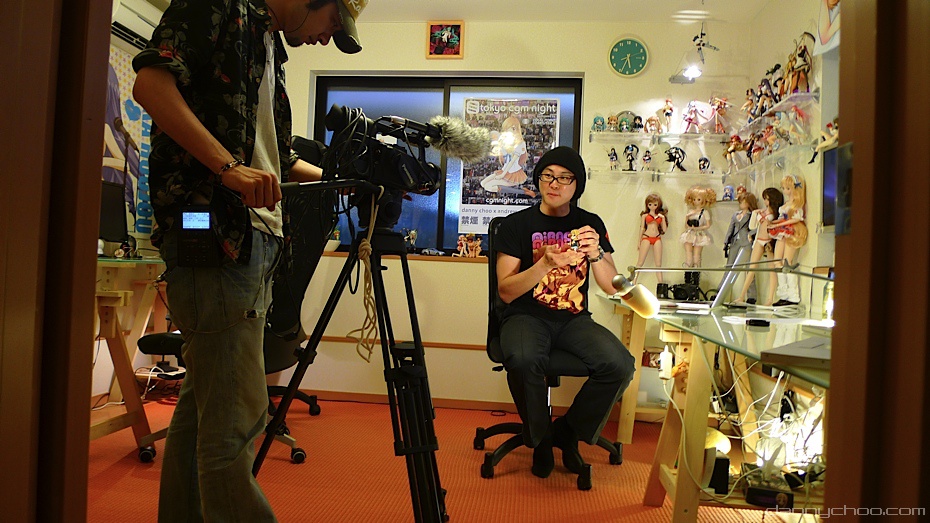 In the middle of filming the AmiAmi figure ranking. 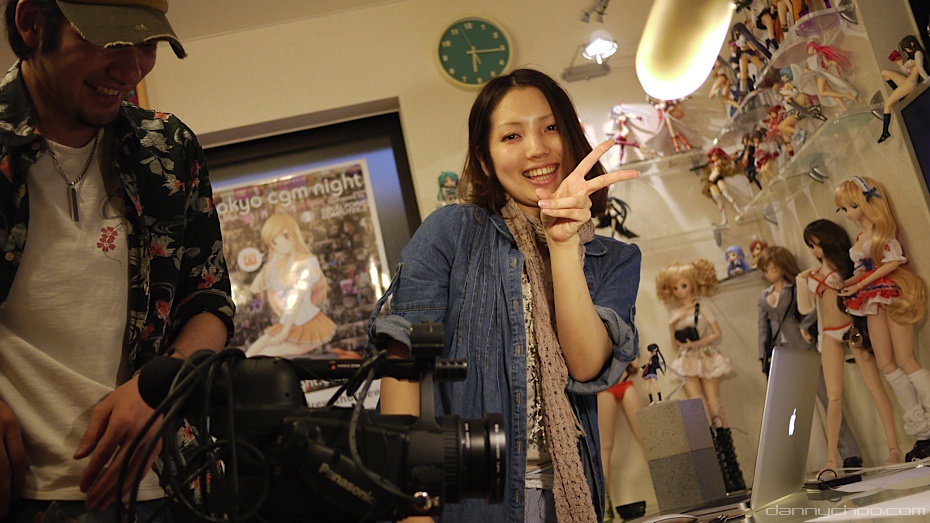 Asanon from Good Smile Company also comes along to help out with the filming too!
See her write up at her burogu. 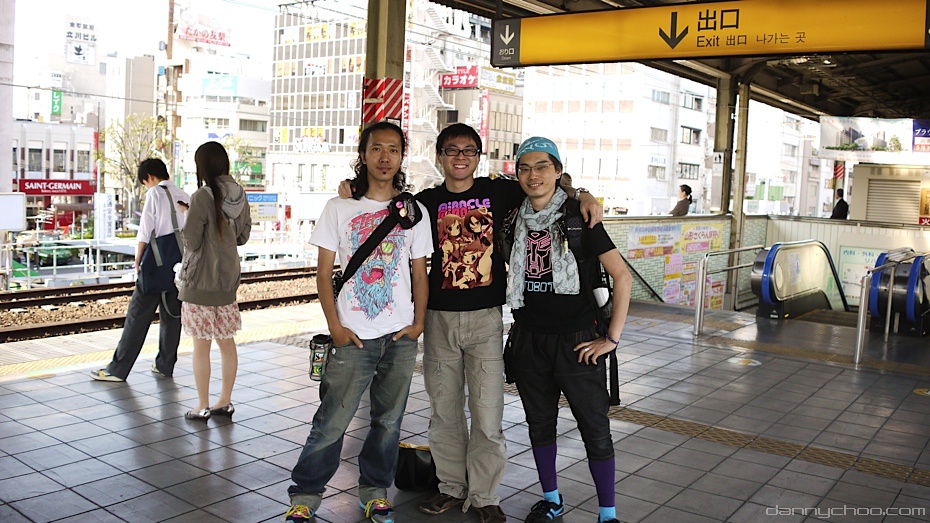 We've also got Cospa helping out with the show too! Cospa is the biggest manufacturer of anime and apparel goods worldwide.
Here we have the vice president Wada-san and marketing guy H-san. 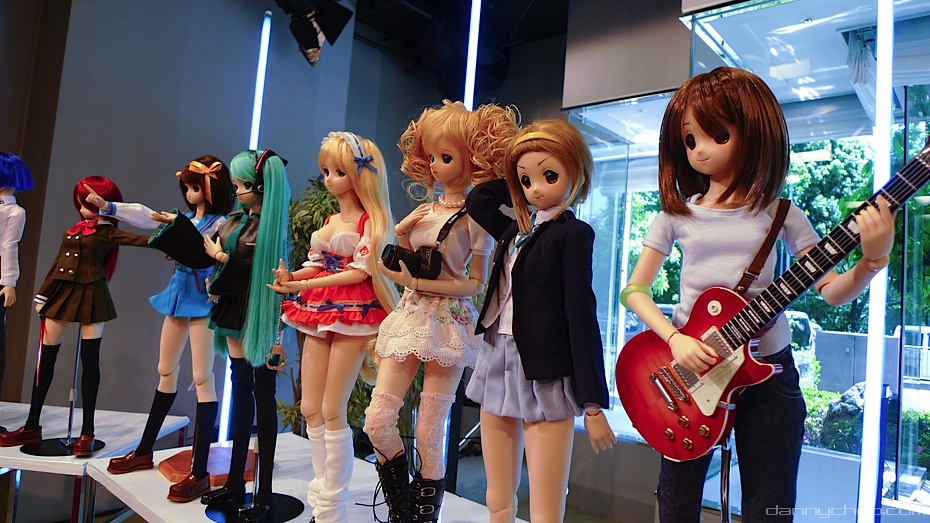 In the studio we have a load of lovely daughters who came along to give their support. 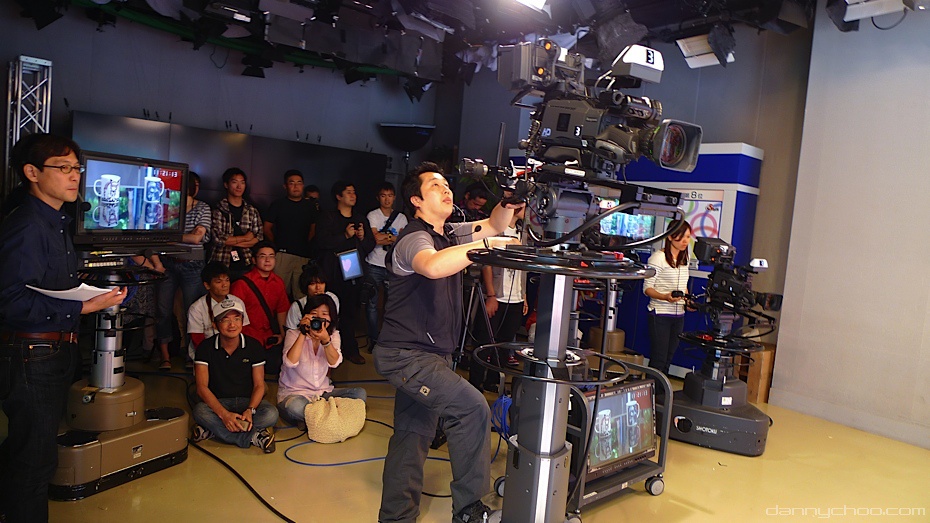 A few thousand visitors in the studio too ^o^ Announced the filming on my Twitter and invited folks to come along and join in on the shenanigans.
Have previously called upon folks to be in movies and TV programs over here in Japan so if you are interested in this type of info then keep your mince pies on my Twitter. 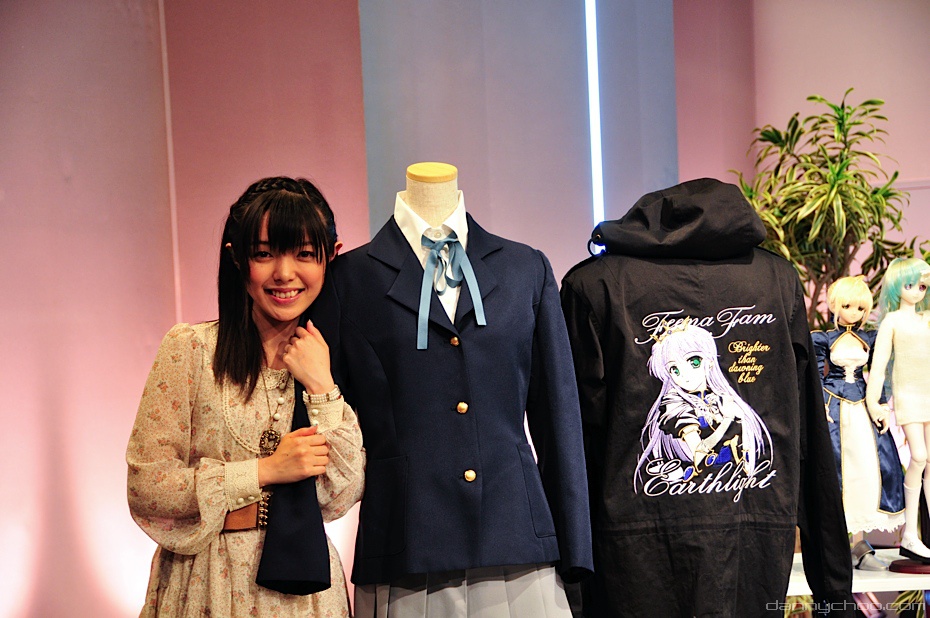 Satomi-san is such an adorable lady. Will make sure shes involved in many more of my future projects ^o^ 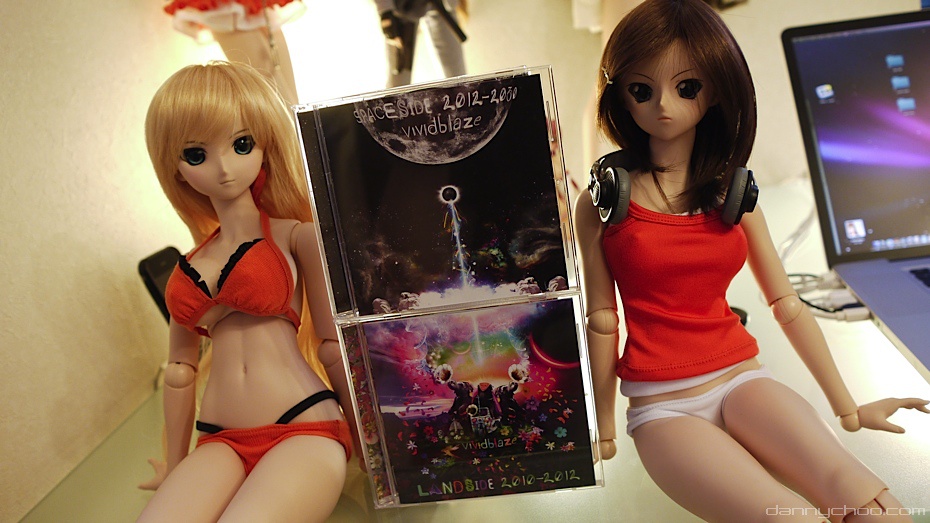 Music for Culture:Japan is provided by the most awesome Vividblaze.

Culture:Japan will be broadcast this Saturday on Tokyo MX TV from 21:00 - 21:30. Will then be broadcast on the Animax Asia Network all over Asia and we are now working with TV stations worldwide to get it broadcast in your neck of the woods too.
More details at the Tokyo MX TV site.
Will post "The making of Culture:Japan" soon.

A lot of time and effort went into the production of the show with many very late nights for all involved. I thank everybody who worked on this project and hope that viewers around the world enjoy watching the show.