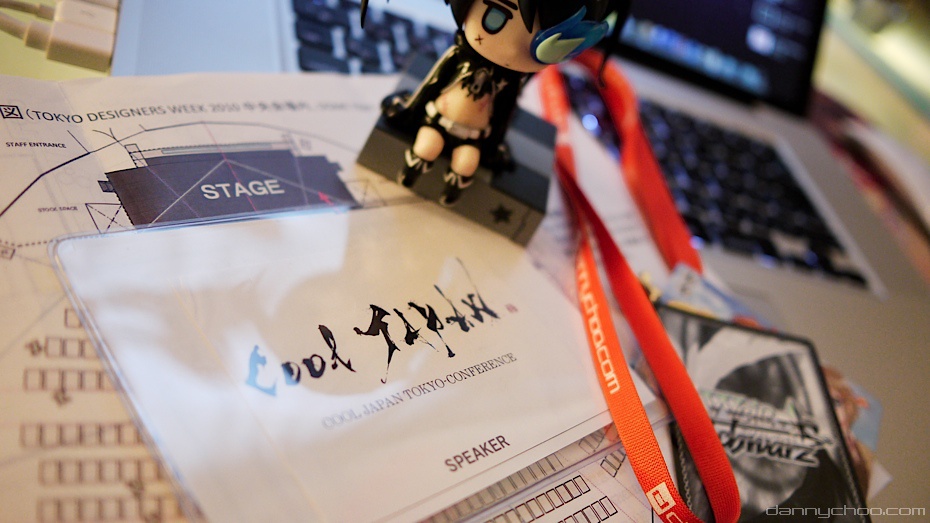 Have always loved Japan ever since I discovered Japanese culture many moons ago and have continued to share my passion for the land of the rising sun with comrades around the world.
I'm thus absolutely over the moon to be involved in the "Cool Japan" project that the Japanese government has set up to promote Japanese anime, manga, fashion, design, food and culture across the world - not only to promote but to monetize Japanese contents too. 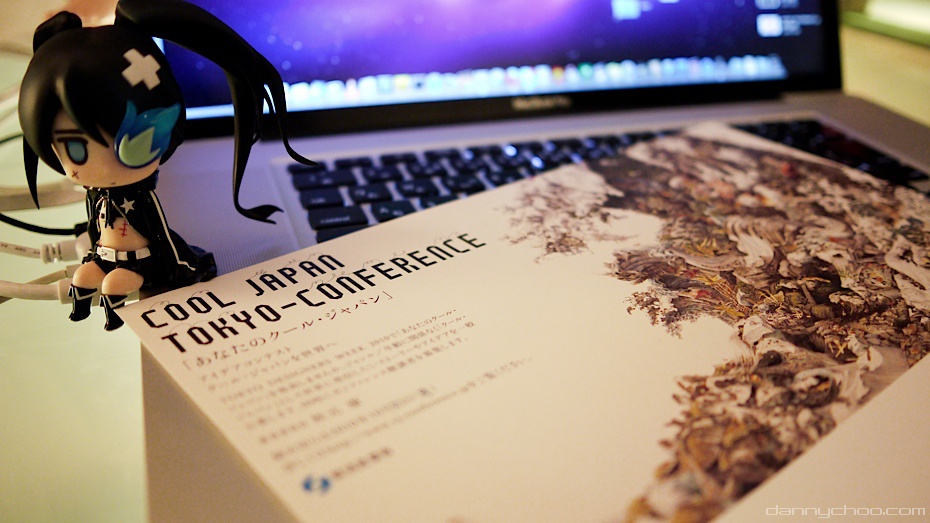 Have been invited to speak at the Cool Japan Tokyo Conference which is being held as part of Tokyo Designers Week at Meiji Jingu Gaien next Tuesday 2nd November.
The Cool Japan Conference is being organized by the Japanese Ministry of Economy, Trade and Industry which will be the main kick off event for Cool Japan. In Japan's own words:-
Japan offers culture, products, and services that are recognized around the world for their unique characteristics and distinct qualities. In June of 2010, the Japanese government announced a new strategy for growth which places importance on promoting and sharing uniquely Japanese qualities with the world in the form of “COOL JAPAN”. Examples of COOL JAPAN include: the youth fashion scene in Shibuya & Harajuku, cutting edge consumer electronics of Akihabara, Manga & Animation with engaging story-lines, and delicious cuisine emphasizing seasonality, quality ingredients & presentation.

In order for Japan to promote and share COOL JAPAN with the world, it is necessary for Japanese citizens to rediscover the COOL qualities of Japan for themselves.

The Tokyo conference will provide a forum for individuals and businesses from a variety of categories to come together for the purpose of rediscovering COOL JAPAN, generating new ideas, exchanging perspectives, and discussing approaches to the promotion of COOL JAPAN domestically and internationally. 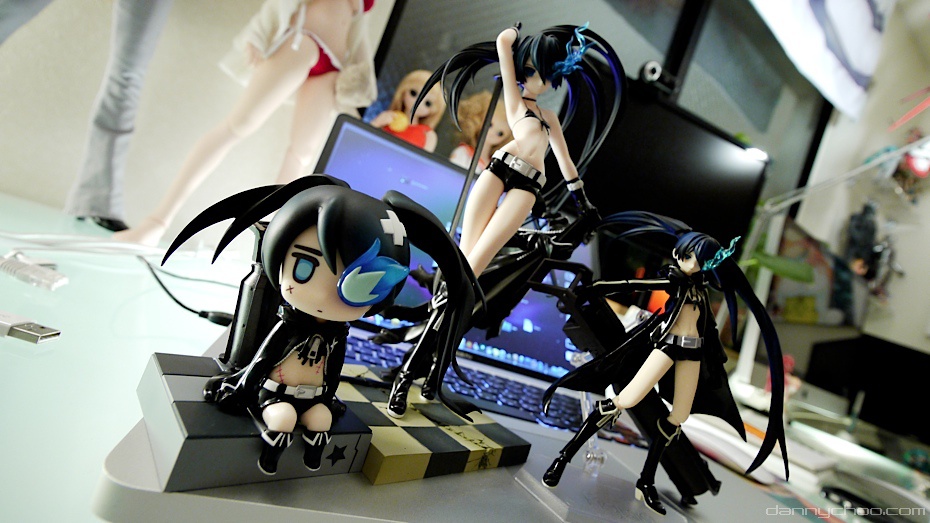 I will be speaking at the Cool Japan Conference to share my vision on the future of Cool Japan. I'm also bringing in Good Smile Company to the event as I want folks involved with this long term project to discover the Japanese craftsmanship that goes into creating figures. GSC will be displaying a load of figures from at Cool Japan Night - the networking party held after all the talks. Keep you eye on my Twitter account if you want to see the event through Ustream. 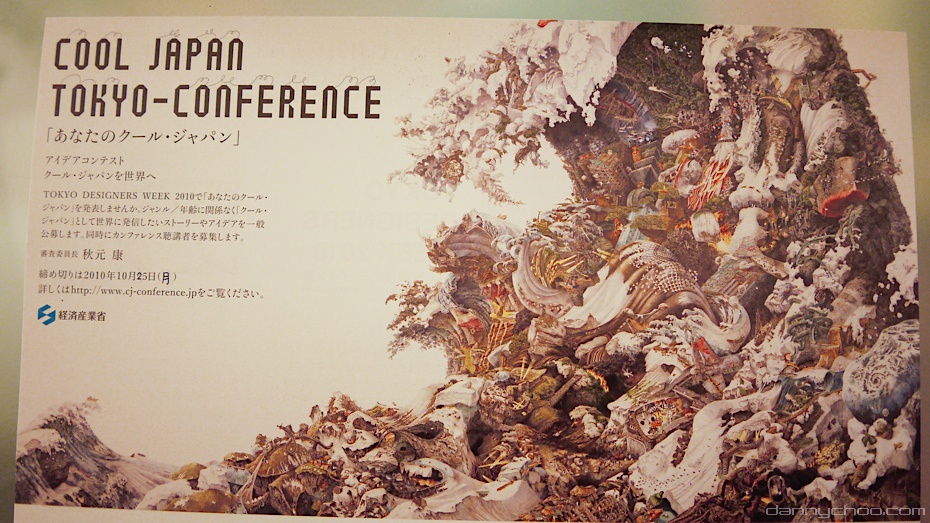 The official artwork for the Cool Japan Conference. Thought you would like the Hokusai influenced artwork so uploaded it to my Flickr. 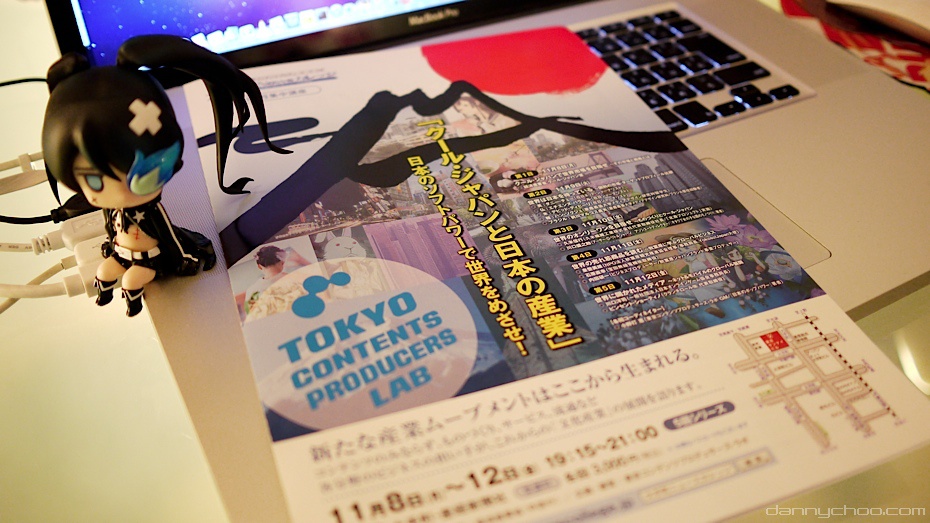 I'm also speaking on the 9th of November at Otemachi News College for the "Cool Japan and Japanese Industry" seminar. 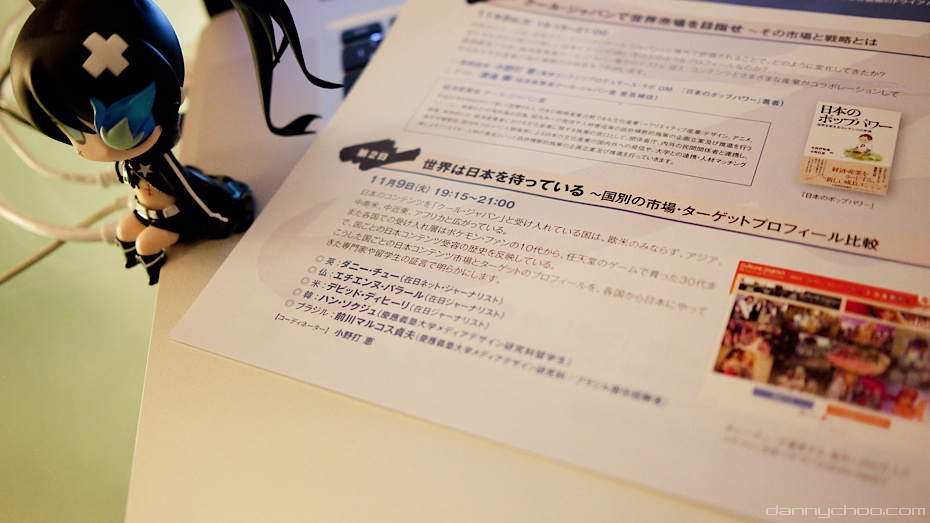 Vince Shortino GM of Crunchy Roll will also be speaking as part of the seminar on Friday the 12th November. 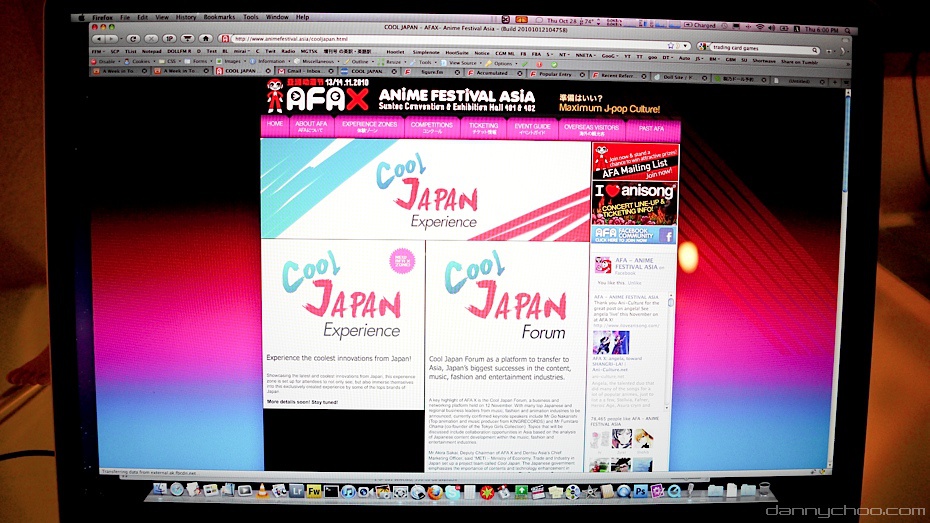 And then a few days later on the 12th of November, I'm speaking and doing the MC for the Cool Japan Forum to be held in Singapore as part of the Anime Festival Asia. AKB48 will also be performing on the 12th.