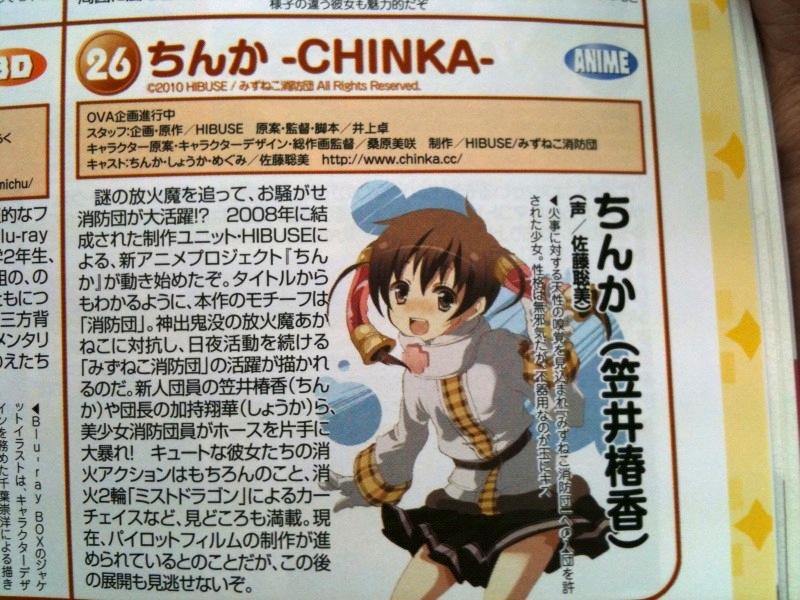 First photo taken from either the July Megami Magazine or Animage - I forget which one ^^;

Folks who have just recently started to read the site may not know about the anime title Chinka that I'm working on with production house Hibuse. Pretty much everything you need to know is summed up in this post.

As a reminder, the following folks worked on the PV which we released this April 1st ^^;
Masahiko Komino (小美野雅彦). He was the supervisor for the Chinka PV and previously worked on titles such as Baka to Test, Macross Frontier, Saki, Hayate, Kannnagi, Sekirei, Strike Witches and more.

Junichi Higashi (東潤一) managed the art direction and some of his previous titles include Seitokai no Ichizon, Sekirei, Witchblade, Queens Blade, Sora no Woto and his work also goes back to 1985 on Zeta Gundam.

Motion sketches was managed by Frontline who have produced titles such as Death Note, Welcome to the NHK, Ninomiya-kun, King Gainer, Gurren Lagann and Devil May Cry. 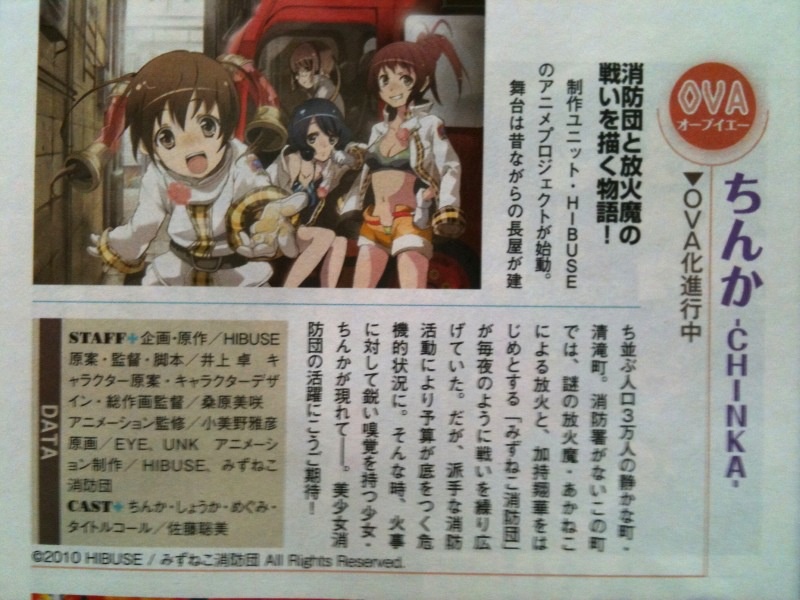 And here is the other photo taken from either July Megami Magazine or Animage ^^; Both articles just give the story a going over and announce that Chinka will be an OVA.

Cant talk much about who, what, when and how right now but I can tell you that we will have something to announce next year - these anime thingies take ages to produce!