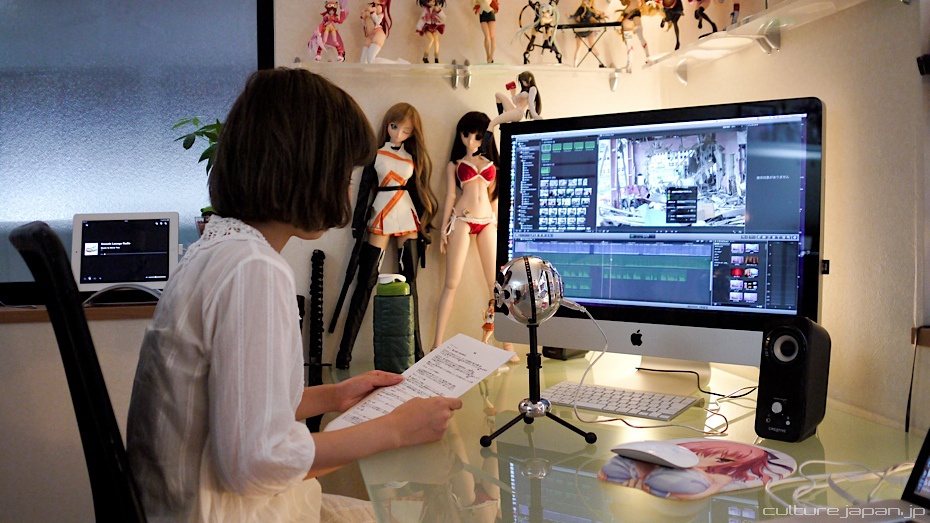 Been meaning to get round to it for a long time but will try to review all the equipment that we use for TV production.
Narration (known as "Afureco" in Japanese which is short for "After Recording") for Culture Japan Season 2 is done in my office. For the pilot episode of Culture Japan Season 0, we used a studio in Roppongi who charged us 200000 yen for using their facilities - and for only a few hours!
My production budget would run out pretty quick if we carried on like that so decided to do it myself.

The voice actress for Mirai Suenaga is UTACO and we regularly stream our recording sessions from the studio on my Ustream channel - you need to keep an eye out on my Twitter or Facebook as broadcasts are spontaneous - yesterdays broadcast below. 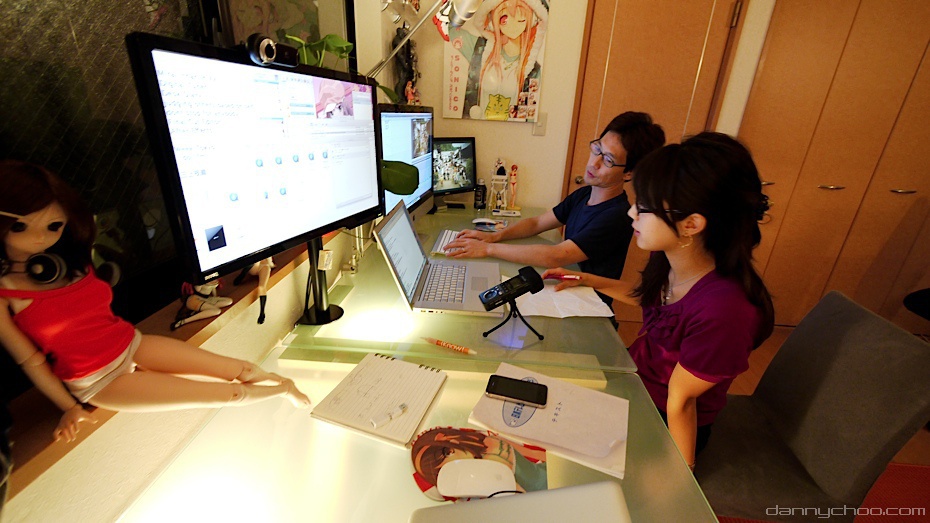 Previously we used a Tascam recorder (the one on the desk in this photo) but it was a slow process - record onto SD card - insert card into Mac - copy files to Mac, drag audio files to timeline and so on. 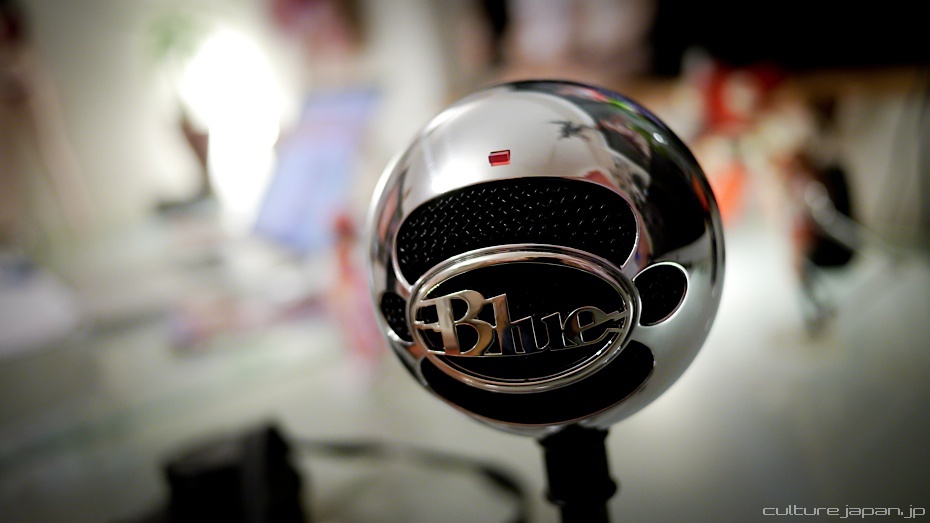 After looking around for a decent mic, I came across the Blue Snowball microphone - pretty much decided to get it based on YouTube reviews and sound samples. Got mine from Amazon for 7480 yen. 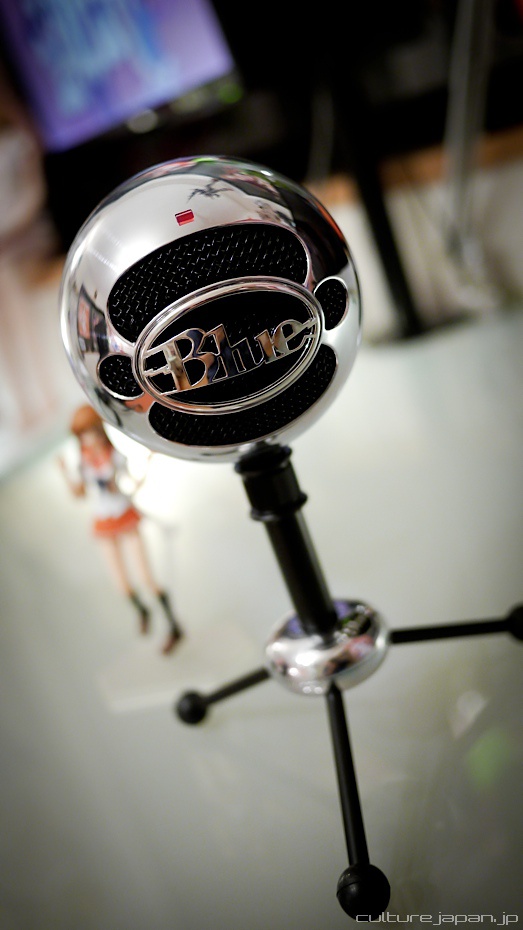 The Snowball comes with a retro look n feel in chrome, white or black. The mic can be removed from its retractable stand and the legs can be folded. I didn't know this the first time we recorded but the mic head can tilt too. 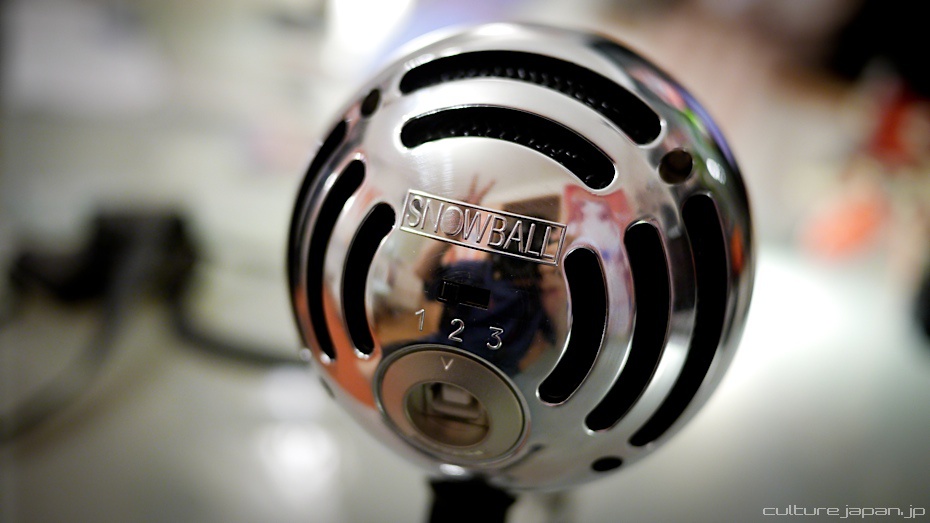 Switch on the back for various types of recording. I leave it on "1" which is standard narration. "2" is for ambient sounds like a concert and I think "3" is for recording instruments.

The Blue Snowball plugs in via USB to the Mac and is recognized straight away - no drivers needed. 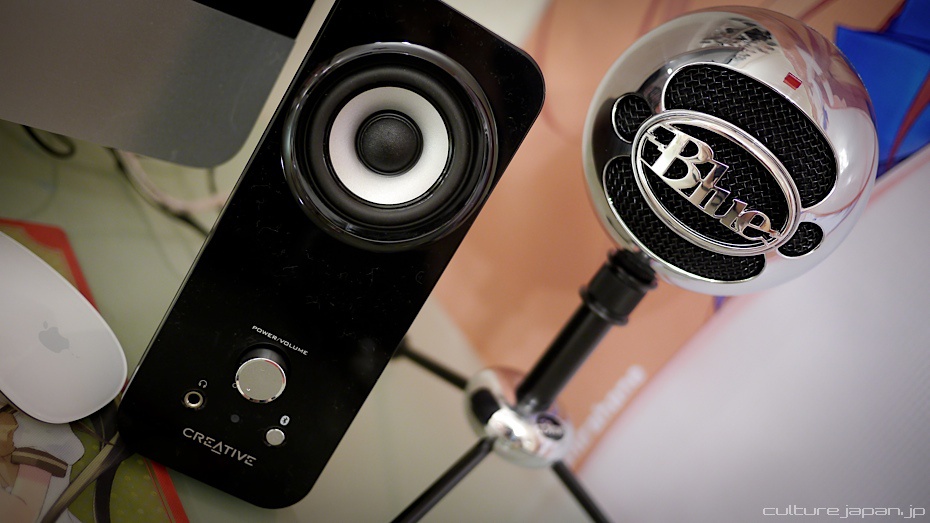 The recording process is now a pleasure - Final Cut Pro X has a feature which allows you to record an audio clip directly onto the timeline - you select the event where the clip is stored and start recording - the video will start to play automatically when recording starts - lovely. 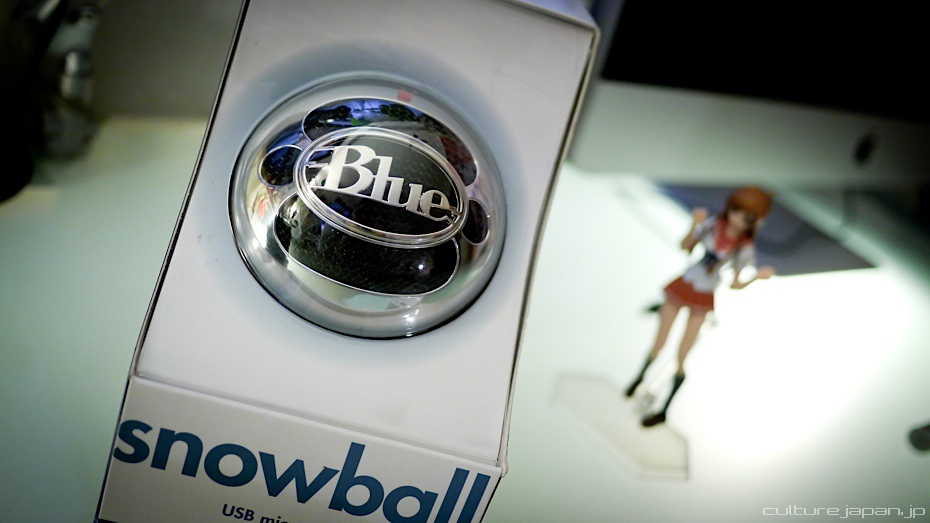 Nice box but I usually throw all boxes away for stuff that I know I'm going to keep. What do you do with all your boxes for equipment, figures etc? 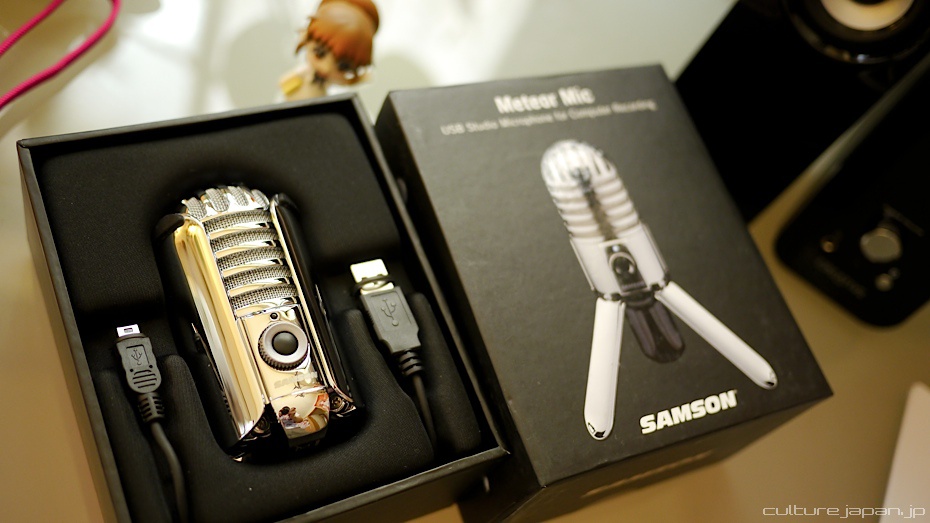 The first mic I picked up initially was this Samson Meteor Mic - but it was a dud and just didn't work. Luckily Amazon has a great returns policy.
How many of you work in video production?
Before I get more reviews out, for the time being you can see some more of my TV production environment in the earlier Japan TV Production post.
BTW, are you more of a gadget person or figure person or both or neither?