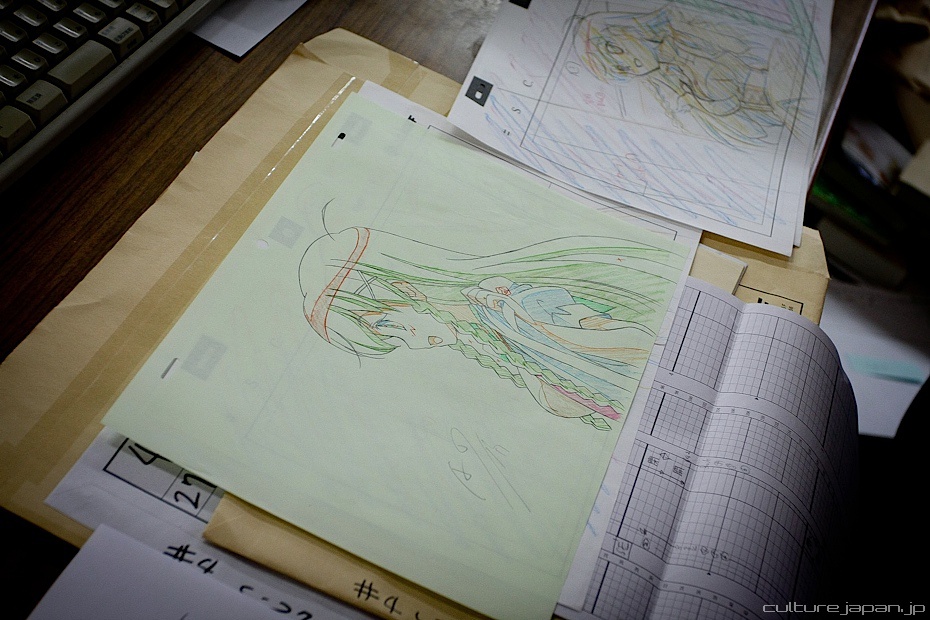 I'm useless at keeping secrets for too long so might as well talk about it now. I'm working with anime production studio JC Staff to breathe 2D life into our Mirai Suenaga. This work will be for the opening and ending of Mirai Millennium which I will initially use as the OP to Season 2 of Culture Japan.

What I would like to ask is what are your fave anime OPs? Just want to get an idea of what you like and hopefully get some inspiration as I do the editing. There will be a scene where Mirai is walking as the background scrolls - Mirai with wavy hair and all. A few cuts of her in Summer uniform and some in her Solar Marine uniform too.

I'm currently getting a load of inspiration from the OP of Diebuster - one of my most fave anime OPs.

Do share your fave OP and ED with a link from YouTube pasted in the comments like http://www.youtube.com/watch?v=AFQ5WGHpo48
If there are any particular inspirations that I use then I promise to stick your name in the credits ^^

BTW, photo taken at the JC Staff studios the other day - tis of Mirai-chan in Twin Angel. Will show you how they make anime and got more nitty gritty than our last visit to Production IG.

Ah, and before I leave you - the following video is quite a laugh and a half which no doubt my anime opening will end up looking like too ^^;