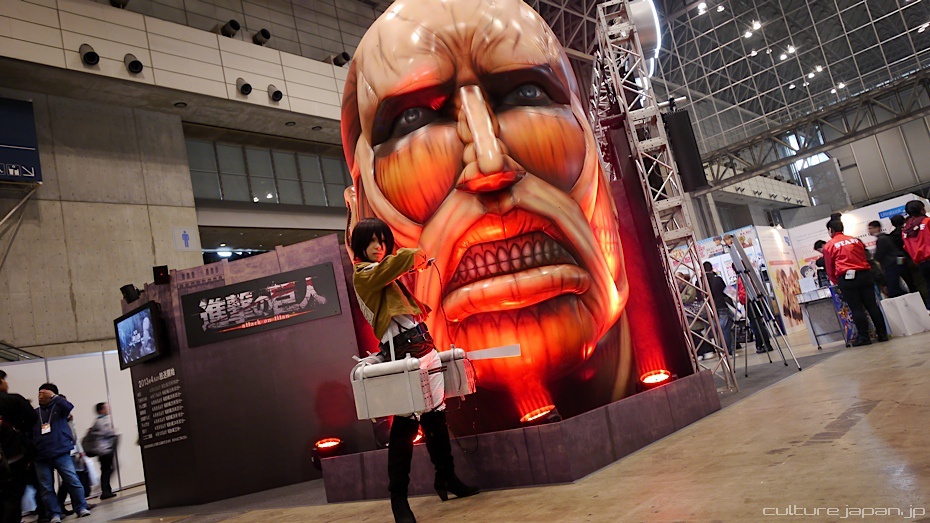 Shingeki no Kyojin (Attack on Titan) - one of the most awesome anime series I've seen so far that I simply must babble about!

Its a story about man eating giants who have been kept separate from humans for many moons by tall walls - until those walls are destroyed. We then start to see the struggle against the giants as friends and family get om nommed for brekkie and dindins.
Check out the trailers below. 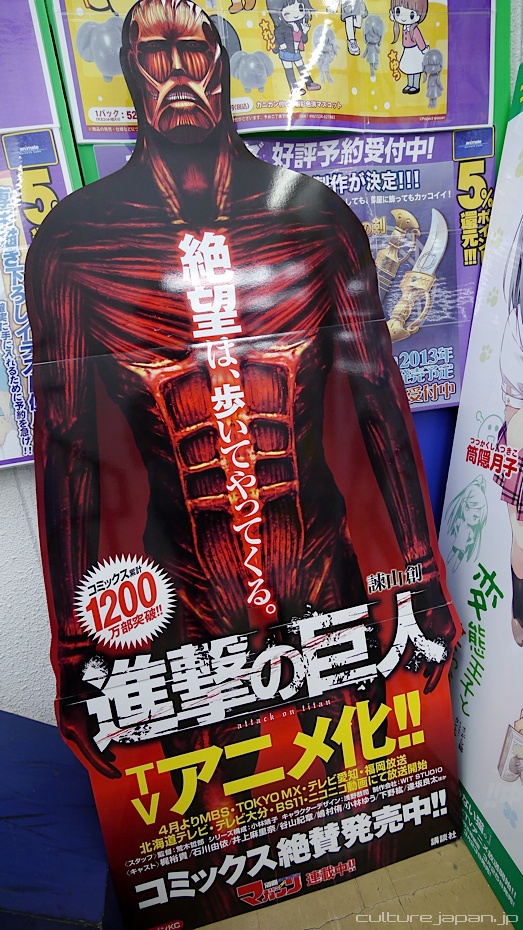 The anime is based on the popular manga series of the same name. Now that the anime has come out - many folks (including me) have been wanting to get the entire set of manga only to find that its pretty much sold out everywhere until they can print more. 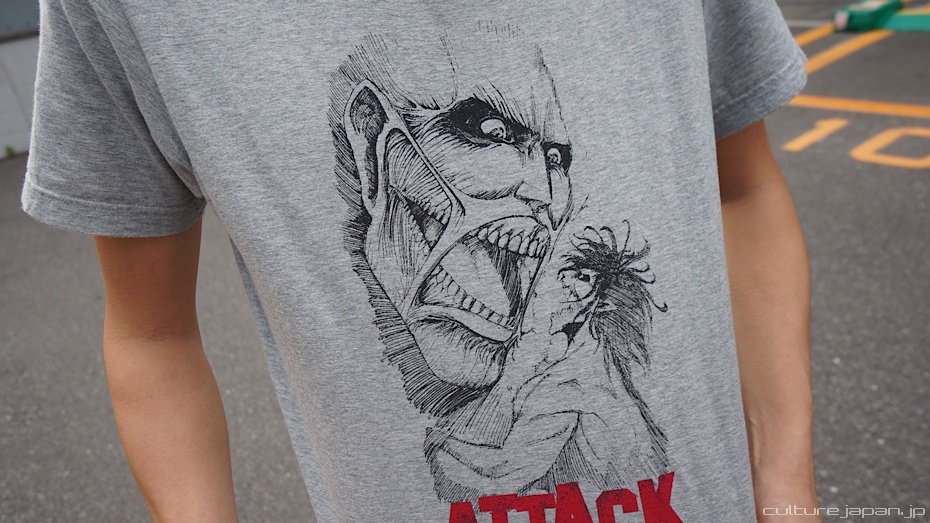 The series is so popular that apparel maker UNIQLO made Shingeki T-shirts too. This belongs to my comrade at Yuzusoft. 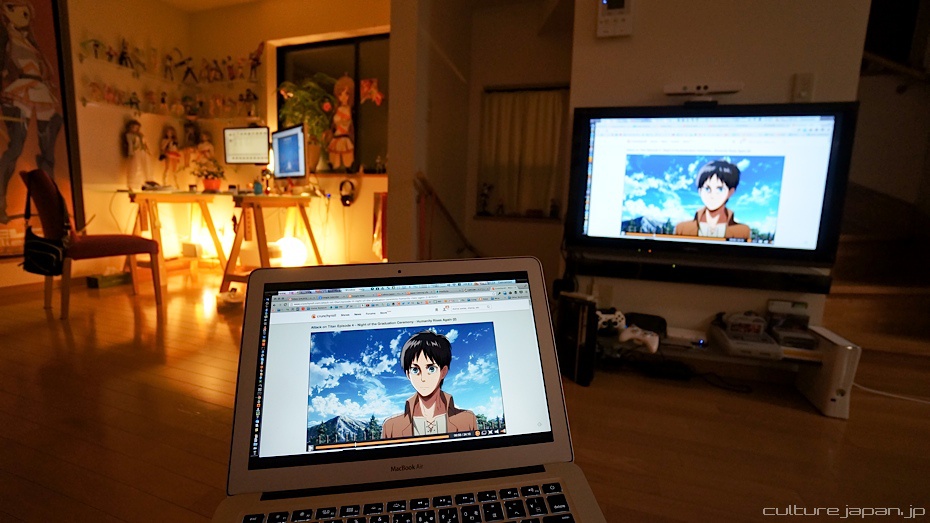 When I forget to record/watch Shingeki every Sunday at 11:30PM, I get to catch up on Crunchyroll using Apple TV to steam to my TV ^o^ 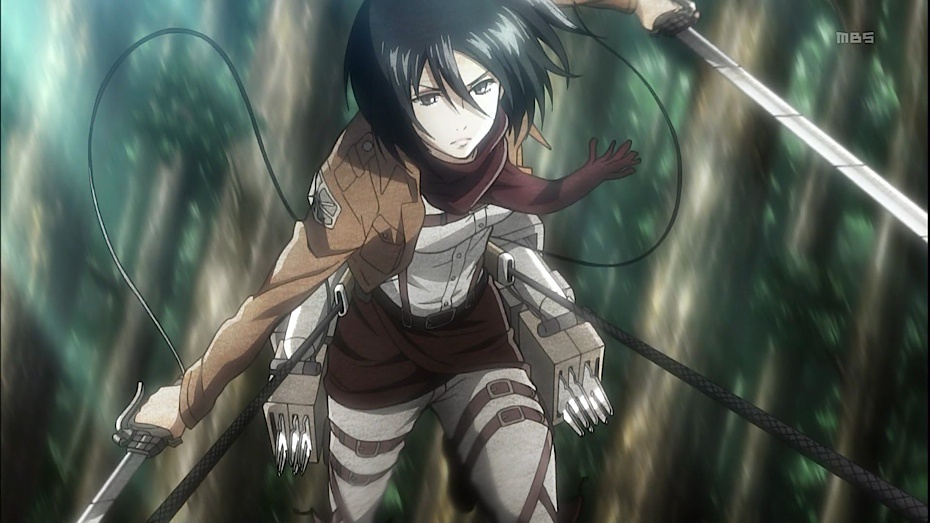 This is one of the heroines in the show - Mikasa who is such a cool cutie. 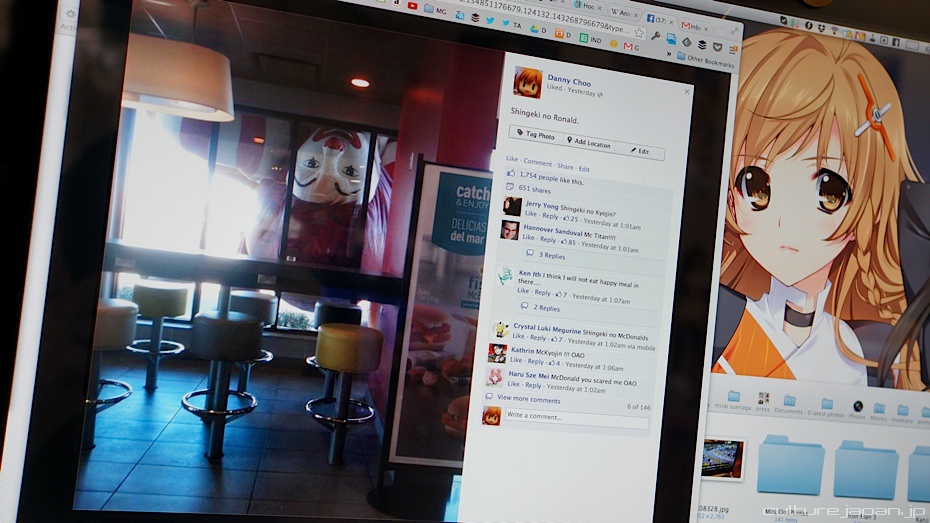 I've been posting a load of Shingeki stuff on my facebook of late too ^^;
By the way - do you refer to the show as "Shingeki no Kyojin" or "Attack on Titan" ? 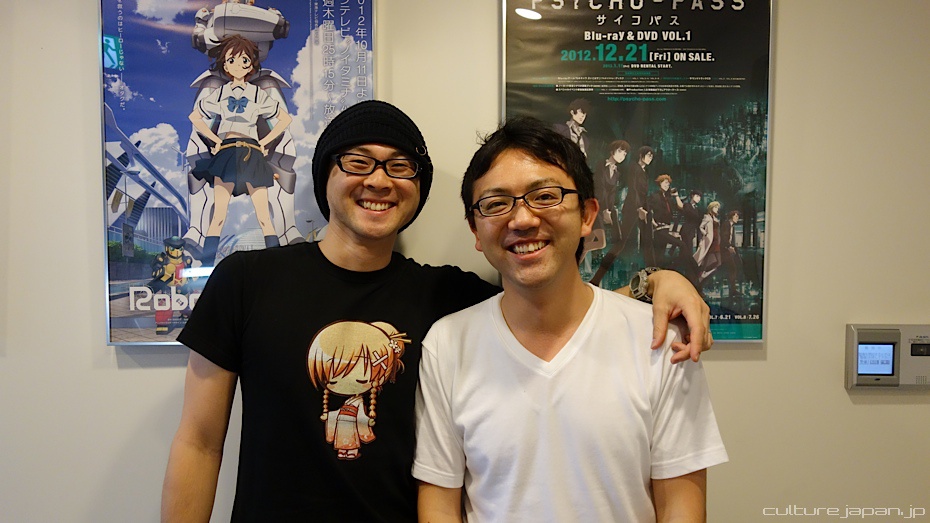 This is my comrade Wada-san who just happens to be the producer of the anime series Attack on Titan. He also produced Guilty Crown, Robotics Notes and Psycho Pass.

He is also the big boss of WIT Studio which is a subsidiary company of Production IG. I have regular meetings at Production IG and caught up with him yesterday to see if he was free to come over to Anime Expo 2013 which takes place next month. I've also asked if he can bring some exclusive Shigeki footage to AX too. 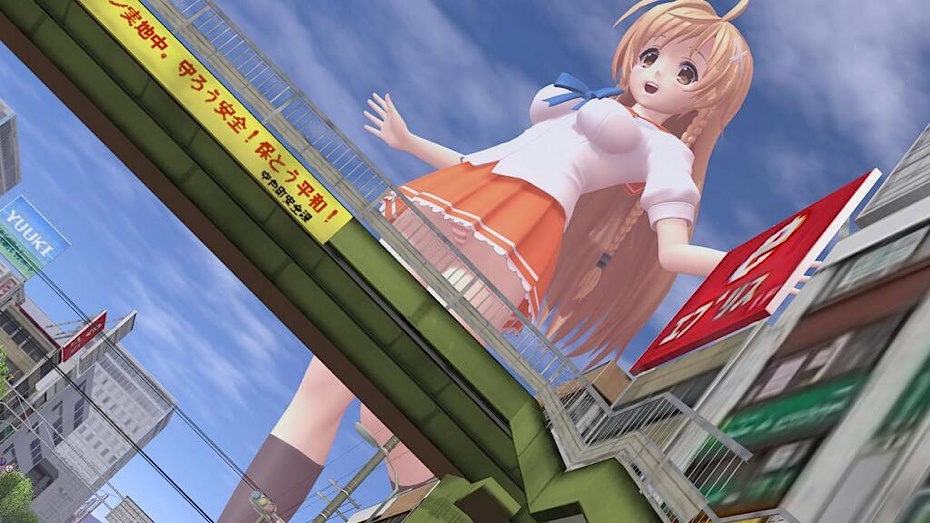 Shingeki no Mirai - made by a Twitter user who I lost track of who used the MMD Mirai Suenaga data.