Anime Through The Ages 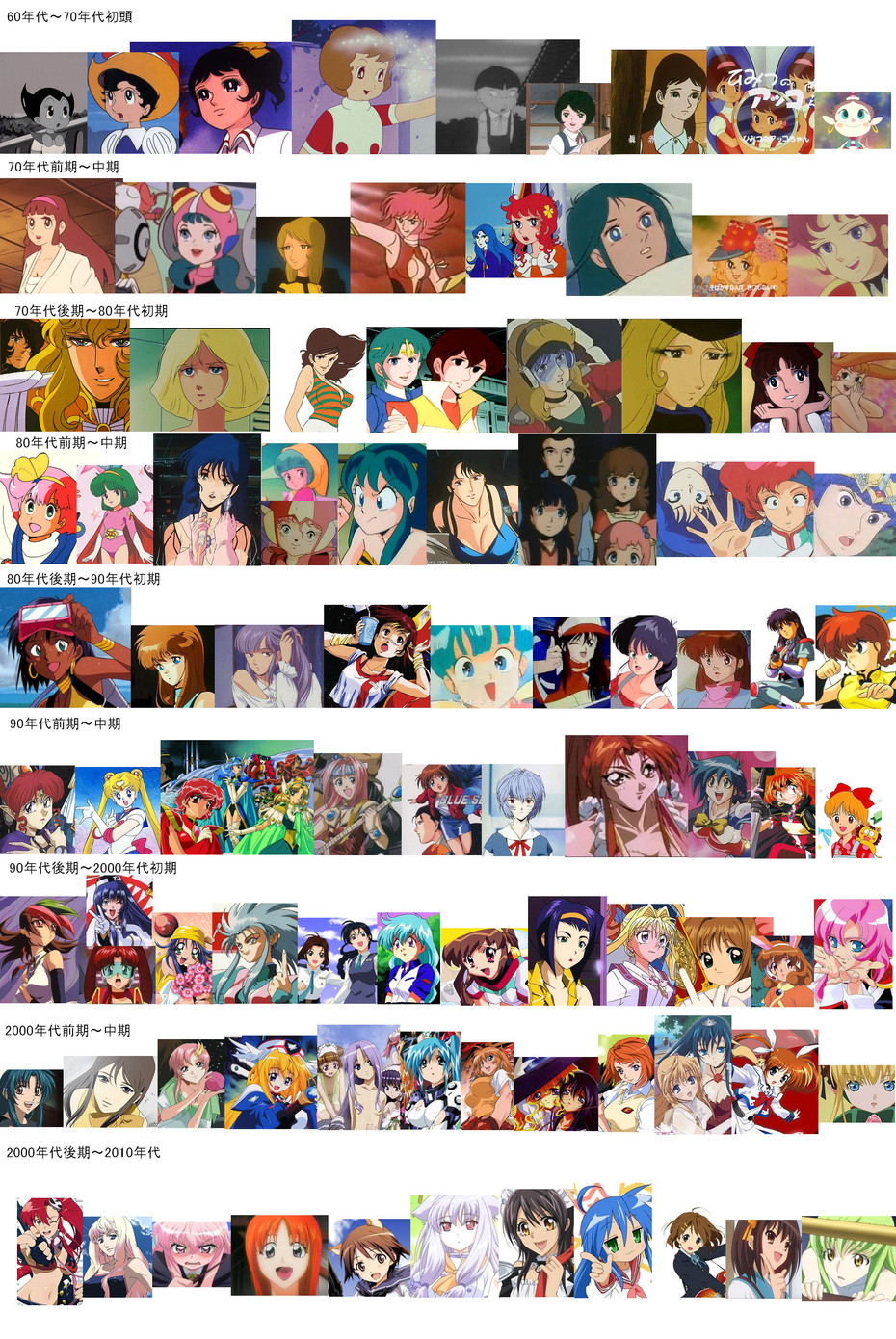 This grid showing anime through the ages starting in the 60's with Uran-chan from Astro Boy Atom and ending just before 2010 with CC from Code Geass. How many of these titles can you recognize?

The first anime I watched was in the 80's when I was still living in the UK - Battle Of The Planets which was also known as G-Force and in Japan known as Gatchaman.

I was still young at the time and was not of an age to recognize that it was a Japanese production - was dubbed into English.

I ask my Japanese friends and they say the same - when they were young and watched Tom n Jerry - they didn't know that it was not Japanese.

The first anime that I watched and recognised it as being Japanese was Super Dimension Fortress Macross - Do You Remember Love.
I actually watched a cantonese dubbed VHS version that I picked up in Chinatown London.

The animation, story, music and cute girls completely captured my soul and together with the Sega Megadrive, I started my journey to self study Japanese so that I could understand what I was watching. You can read the rest of the journey here. 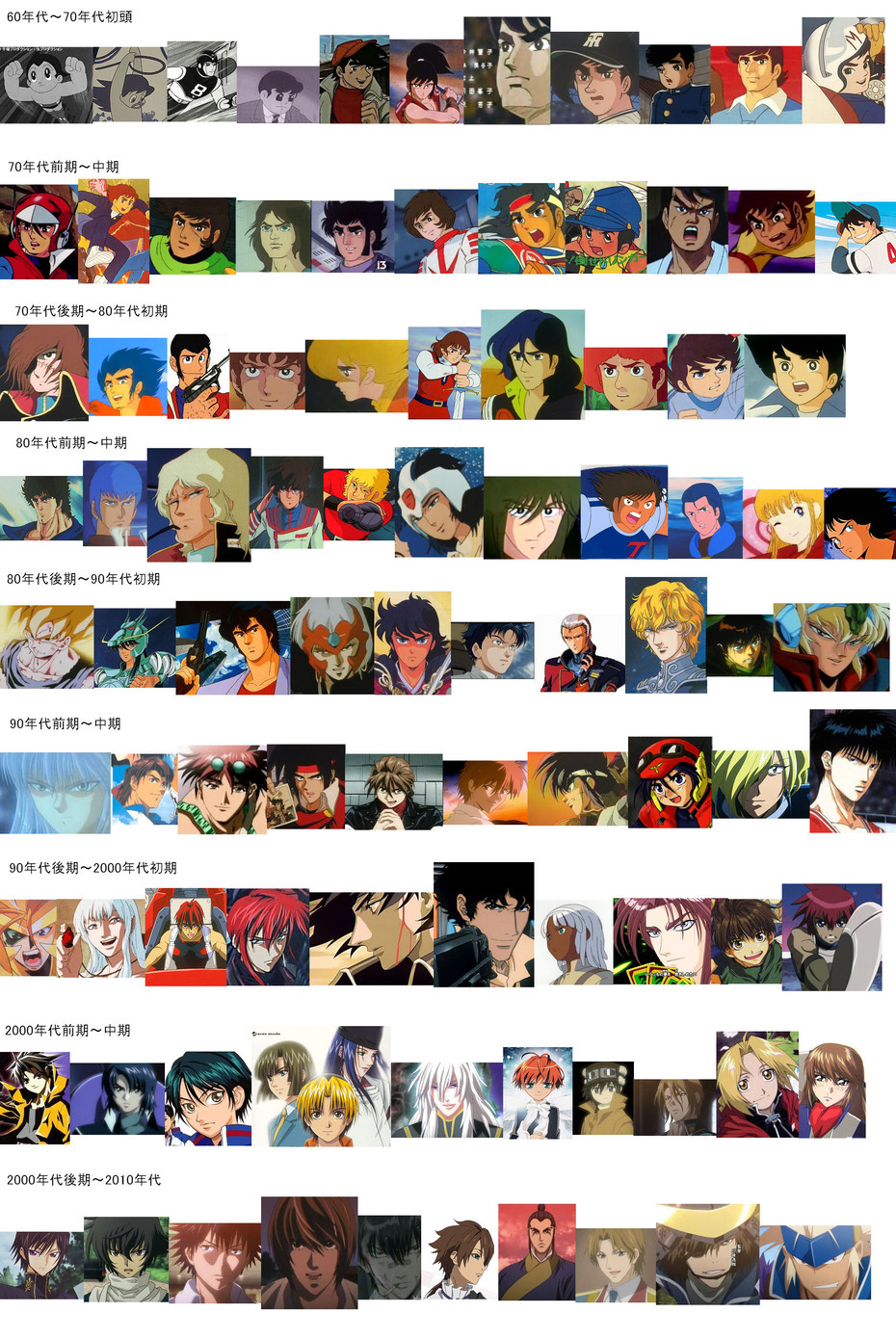 And here are the lads - my fave from this bunch is Spike Spiegel from Cowboy Bebop and Yagami Light from Death Note.
I was not happy with what happened to Light - to me he was justice! Although his treatment of loved ones and family members was questionable ^^; (all worded to try not to give spoilers ^^;)

What was the first Japanese anime you watched? Which anime era do you prefer?
Has Japanese anime inspired to do something that has altered the direction of your life?
Images from Vipper. 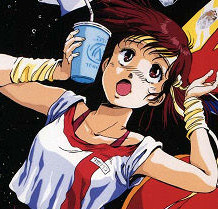