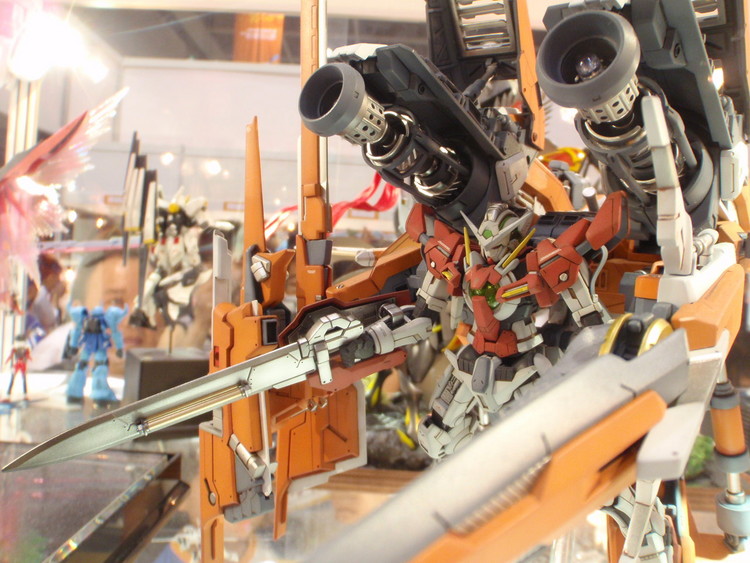 Follow the bunch of links below and from the listed blogs to see some awesome coverage of a model show in HK. There are two Gundam girls in there too.
I need to get back into Gundam modeling. When was the last time you built Gunpla?

Original text from Quentin aka Q below.Pictures for various and impressive Gundam work displayed for the Dengeki Hong Kong Modelers Tournament in ACGHK 2008 is up! Took me a while to upload the photos, but they're now available via Daybreak's Bell~ Be sure to check out Ngee Khiong's coverage as well, which has pictures from a Hong Kong blogger called 九龍宋公明.

Will be adding caption to some of the pictures when I have the time to do so.