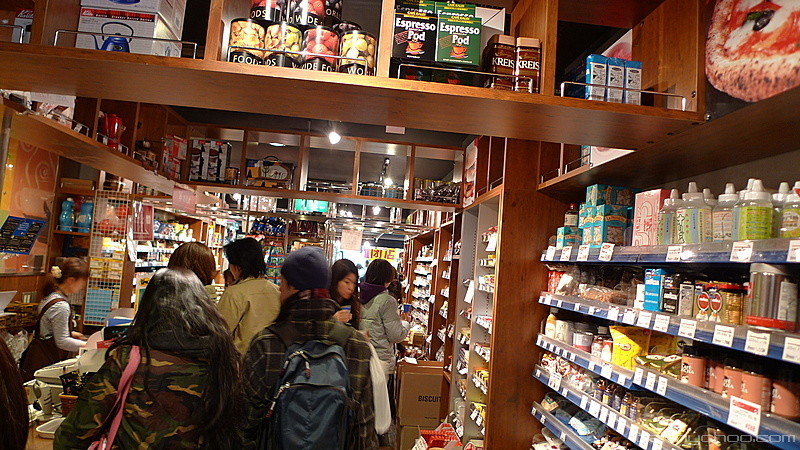 Kaldi is a retail store that specializes in coffee beans but also sells a load of imported foods from all around the world. For gaijin living in Japan who miss certain foods from back home - give Kaldi a try to see if they have it in stock.

The foods that I miss that are not readily available in Japan are Savaloy n Chips (UK food), Maple tea (Canada) and Char Siew/Siew Yook rice (Malaysia/SG/HK etc). Will check at Kaldi later to see if they have the Maple tea. probably wont have any Savaloys though. Some of the food stuffs can be a wee bit expensive though.
What foreign food stuffs do you like that is not readily available in your neck of the woods? I remember buying Japanese food stuffs back in the UK in some Asian center in north London - costed a bomb. I've also noticed that I've forgotten many place names in London after living in Japan for 10 years ^^;

One of the things I'm hooked on right now that's not widely available in here are these Jalapeno flavored pretzel pieces by Snyders - first tried them on the CM filming set last Friday and wanted more ^^;

Kaldi also give out free coffee to the customers. I find Kaldi interesting that they have been able to get customers to pop in even though one is not particularly looking for something - there's some sort of community aura that floats around Kaldi.

Lately I've been comparing how physical retail stores and restaurants are similar to websites. Customers go to a restaurant for good food (quality of posts) but generally don't want to eat the same thing every day which is why there has to be a variety of dishes (diversity of post content).

I personally prefer a menu with pictures (thumbnails to represent blog posts) as it helps me to choose what I want.

As a new visitor to a store, I don't know what goodies there are as soon as I walk in unless I am showed it - some sort of map at the entrance would be useful (site navigation/sitemap).

I also find that the items that I look at most are the ones right around the entrance (items above the fold on the top page).

I've got further observations that I will write up in depth soon but a lot of my research has been implemented into the site of late ^^;