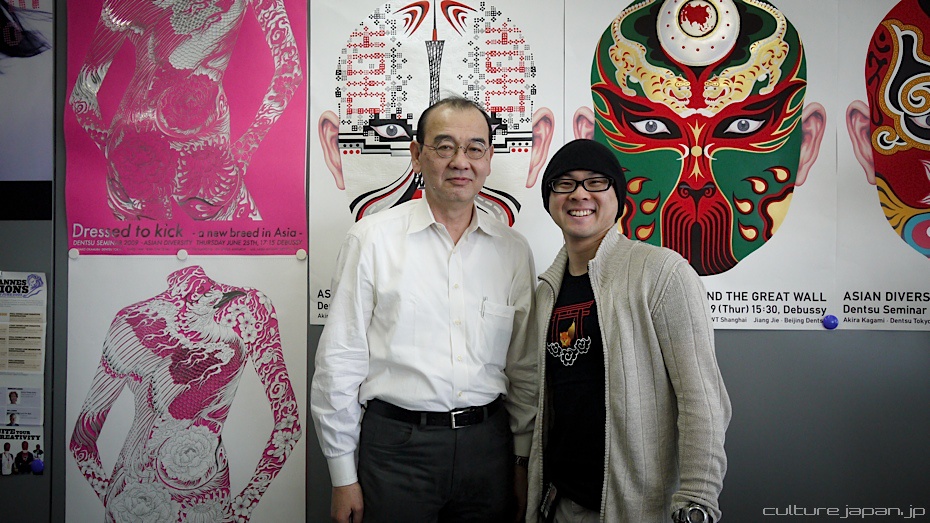 On Thursday June 23rd 2011, I will be speaking on behalf of advertising agency Dentsu at the Cannes Lions International Festival of Creativity (formerly known as the Cannes International Advertising Festival). The venue is the Palais des Festivals and other companies speaking will be folks like Saatchi & Saatchi, Time Warner, Yahoo! Google, Facebook, AOL, Coca Cola, Fiat and more. My Bio bits n bobs are up on the official site.

I'll be speaking along with Akira Kagami who is the Executive Officer & Global ECD at Dentsu - this photo snapped with him at the Dentsu HQ in Shiodome Tokyo. The posters you see at the back are created by Dentsu for the previous years events and are plastered all over the venue - I've asked them to use Mirai-chan as she will be in various anime titles starting this Summer ^o^

Trailer for the event below.

Anyway, my talk is about Anime and I'm choosing a few titles to represent Japanese anime (past and present) that will be mashed up into a 1 min video. Picked a few titles such as:-

Still adding more to the list. Not all anime license holders will give us approval to show their titles so need to make a long list for contingency reasons.

Would be interesting to hear what you would pick. In addition to the user generated poll below, make a list of 5 anime titles that you would choose too.